We served our time in Heathrow and got paroled.  It’s only a 1 hour flight to Amsterdam, then a one hour walk (or so it seems) from the gate to baggage claim, immigration and out to a taxi.

Our first night here was in the Doubletree Hotel, which serves big hot cookies just like at home–and I get a few Hilton Honors points, which is always a bonus.

After a nap, we went to the top of the hotel to see the view and have a bite to eat.  I haven’t been in a a disco bar in a verrrrrrrrrrry long time, but they are just as loud as ever.  At least this one was well designed and decorated:

Cute blondes are the best reason to go to a disco.

The next morning our ship had arrived.  We are on the Viking Eistla, one of a huge fleet of modern river cruisers Viking operates.  This ship just one year old, house 190 guests and is pretty spectacular. It was a 150 meter walk or a 1 mile taxi ride, but we had lots of luggage, and those Mercedes Taxis are so nice.  Jack and Carol were waiting for us on the top deck, and we had lunch, then headed out to the Van Gogh Museum.

The museum was jammed, but we played the tired senior card, cut the lines and got in quickly.  Which was a good idea becaue we faded fast and headed back to the ship.

Getting to the museum, we took a traditional taxi, but returning we called Uber, got a car in 3 minutes and saved €3 on the fare.

After a nap and dinner, Jack and I went for a walk.  The ship docks next to the Central Station, and is just a few blocks from downtown Amsterdam.  The night was balmy, and there were thousands of people just walking and sightseeing as we were. 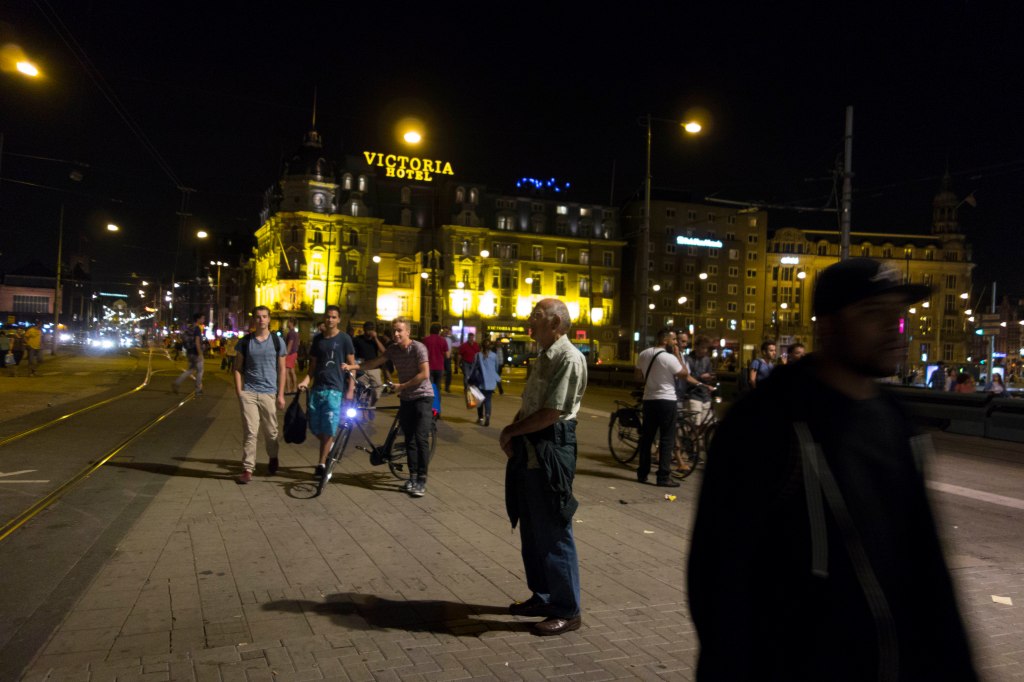 The more thing change and all that–I remember my mother taking me to the Automat in New York when I was 5 or 6, then they closed the place down.  It lives again in Amsterdam: 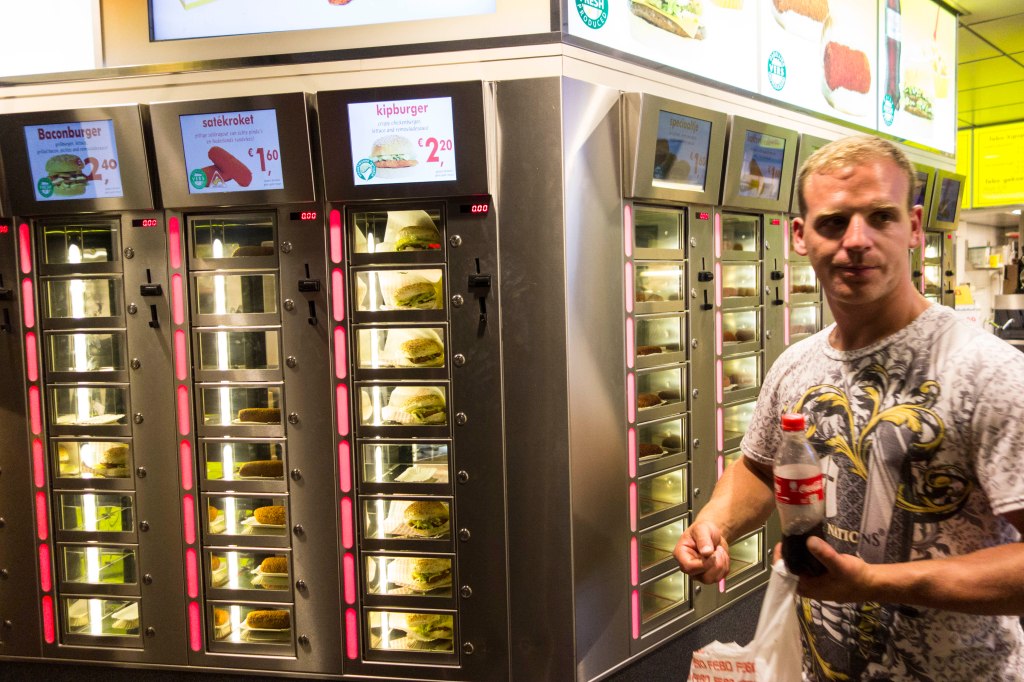 Use coins, get what you want and no staff to deal with.

It wouldn’t be Amsterdam without some overt sexuality.  We avoided the red light district, De Wallen, but we still smacked in face like this:

The Van Gogh was more interesting.

We passed a “seed shop” selling all sorts of marijuana paraphenalia, including CBD Oil (the weed itself is sold in the coffee shops) with lots of photos of their products illustrated with naked ladies.  This is not a shy city.

There were restaurants serving outdoors alongside the canals: 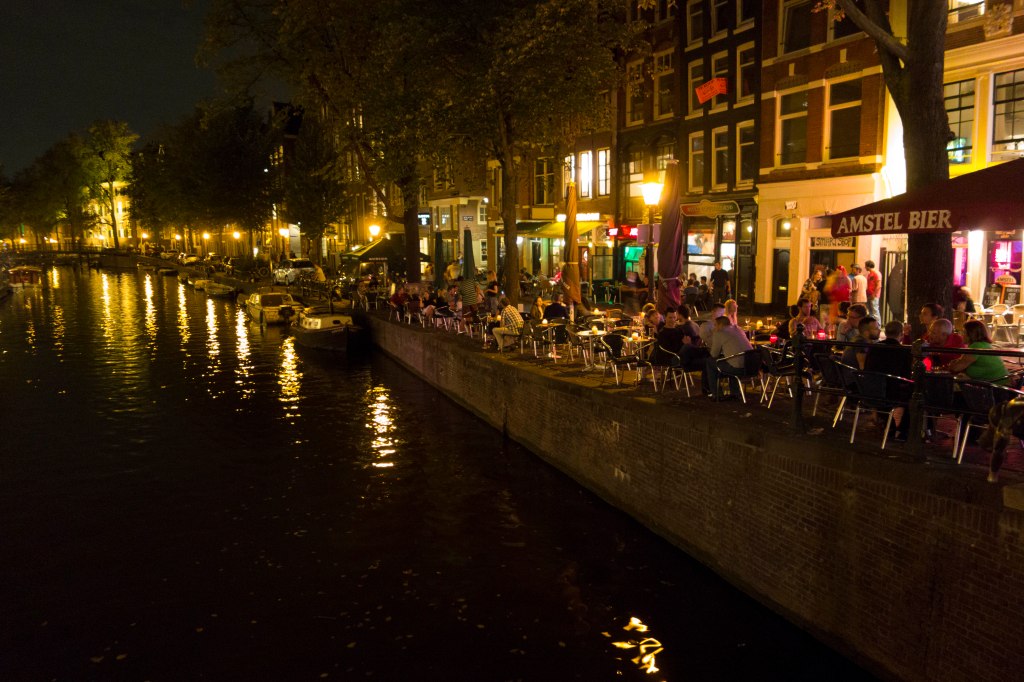 Lots of diners at 10 pm on Wednesday night.

And a final shot of some monuments in a square on the walk back to the ship: 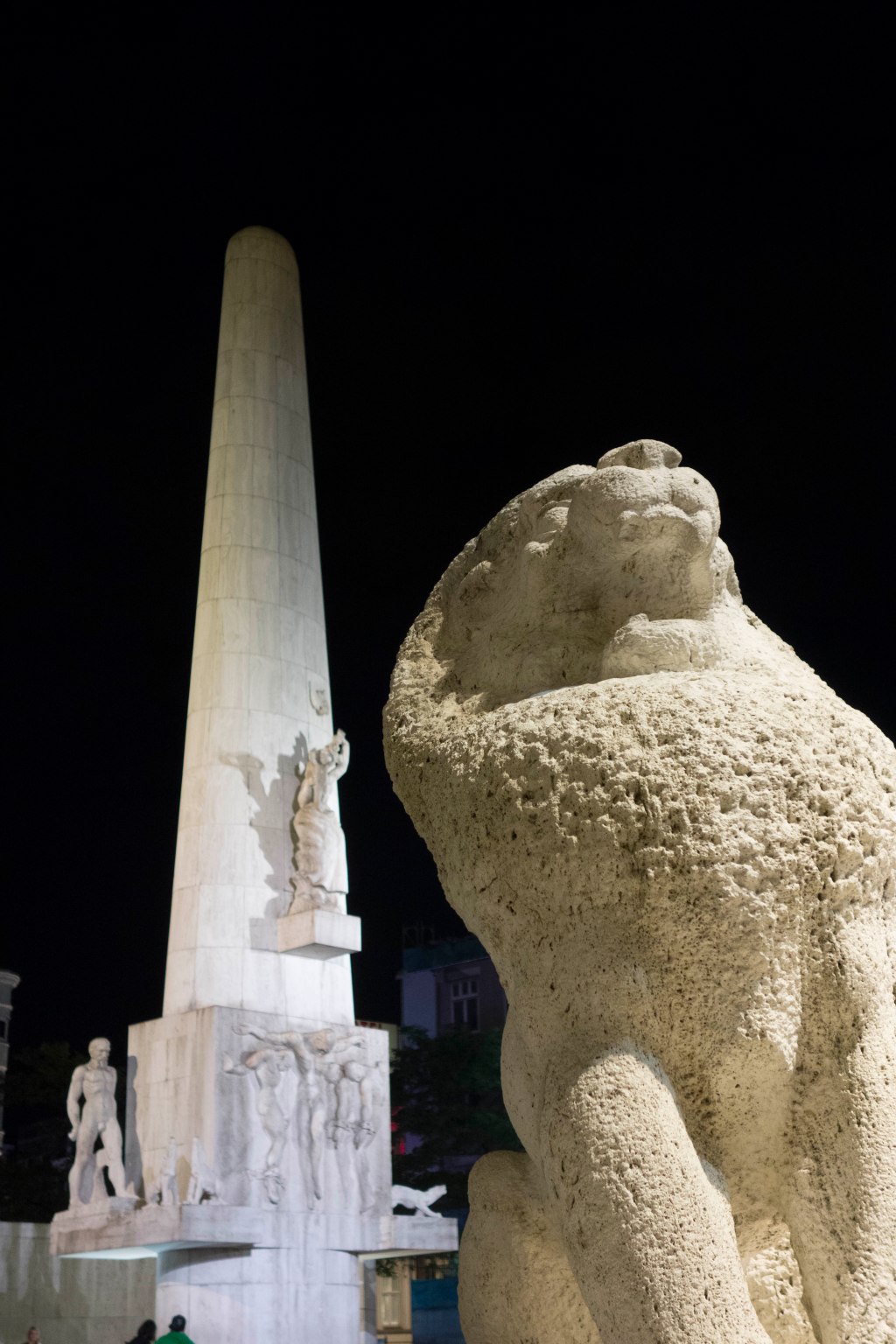 Lions and obelisks seem to go together.

That was enough fun for one night.  The ship left the dock at 11:45, on the way to our next stop. Stay tuned.

One thought on “We’re Off!”