Okay, so I don’t really need to keep saying “naked body scanners”.  But I get a huge number of hits if I do, because of so many people searching for “naked” or “body”, so I’m just pandering to the crowd.  Mitt Romney is rubbing off on me, I guess. 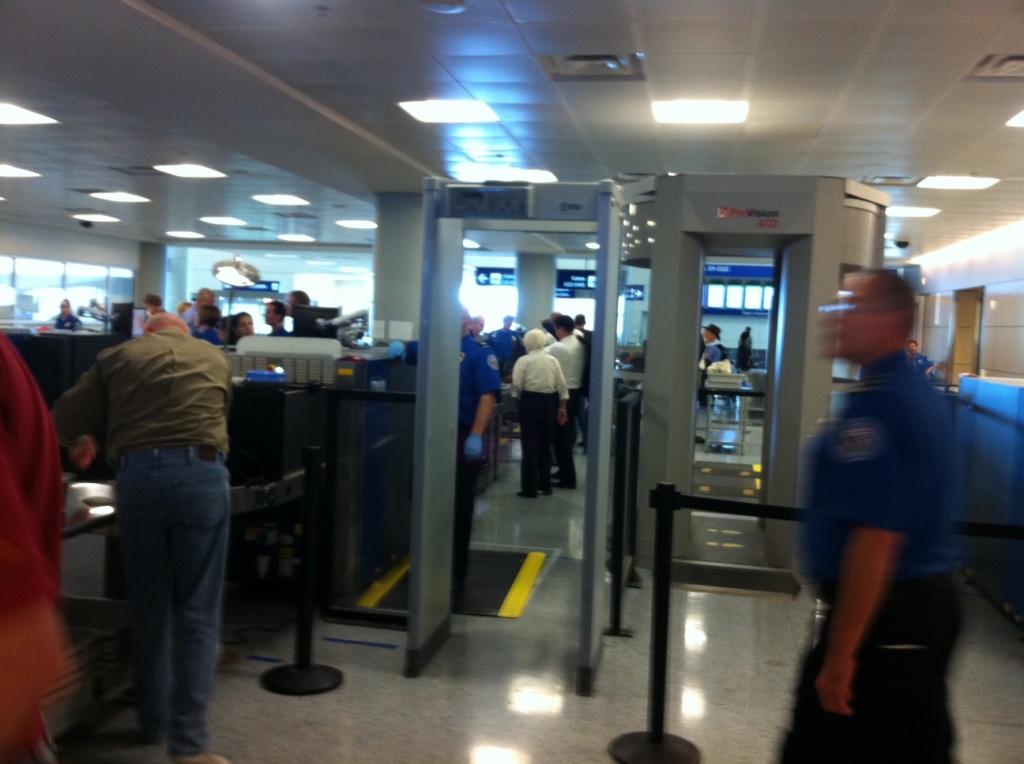 The non-used machine on the right is the naked body scanner. I hope they dust it occasionally.

So we’re back, at least as far as Dallas.  Getting here was easy–2 hour flight from Mexico City, 15 minutes in the passport ine (but I definitely going to get us Global Entry cards–those people had no line at all.)  Down the stairs to the baggage hall, and our luggage was off the plane, off the carousel and neatly lined up.  And we were the 5th and 6th people off the plane.

Up the stairs and through security.  No line in the priority lane–all those miles Gail has sure pay off.  A silly set up where you unload all your stuff into the plastic bins, then have to pick the bins up and move them to another line.  Then you go through the metal detectors–but I have to admit that on the other side of the security area I did see someone actually inside the NBS, so there is at least one being used here in Dallas.

A woman ahead of us must have set off the metal detector, because they were preparing to “pat her down”.  She won’t need to see her OB-GYN for another 6 months.  REMEMBER:  if you are ever “selected” for gate-rape, you have the right (if you can use the word “right” when discussing the TSA) to insist that they at least put on new gloves.  If they won’t buy you champagne and roses, it’s the least that they can do.

Now one more easy flight and we’re home.  Mexico was great, Max and Barbara are a joy to visit.  We’ll have to do it again before Max retires.