Trivia night at the Temple

Mike called me Saturday afternoon, and when he found out we had no plans he invited us to Trivia night at Temple Isaiah.

So there we were, having dinner in the temple hall with our friends.

Micky and LInda. Current temple president Lisa on the left.

Gail and another Linda. Danny was playing bridge.

Dinner was pretty good for this sort of thing–chicken that was properly cooked and not dried out.  Pasta and veggies, fresh bread and a decent salad.

After dinner/socializing hour, came the trivia contest.  This is a big annual deal, last night being the Fifth Annual.  It’s a fund raiser for the temple youth fund, and I thought it was very impressively done.

The format was good, but too long.  Each of the 17 tables comprised a team (which explains why Micky wanted us there–I have the world’s foremost collection of useless knowledge, and he knows all about sports.  We’re a formidable combination).  Then there were 4 rounds of 20 questions each, which is just too darned much trivia for one night. 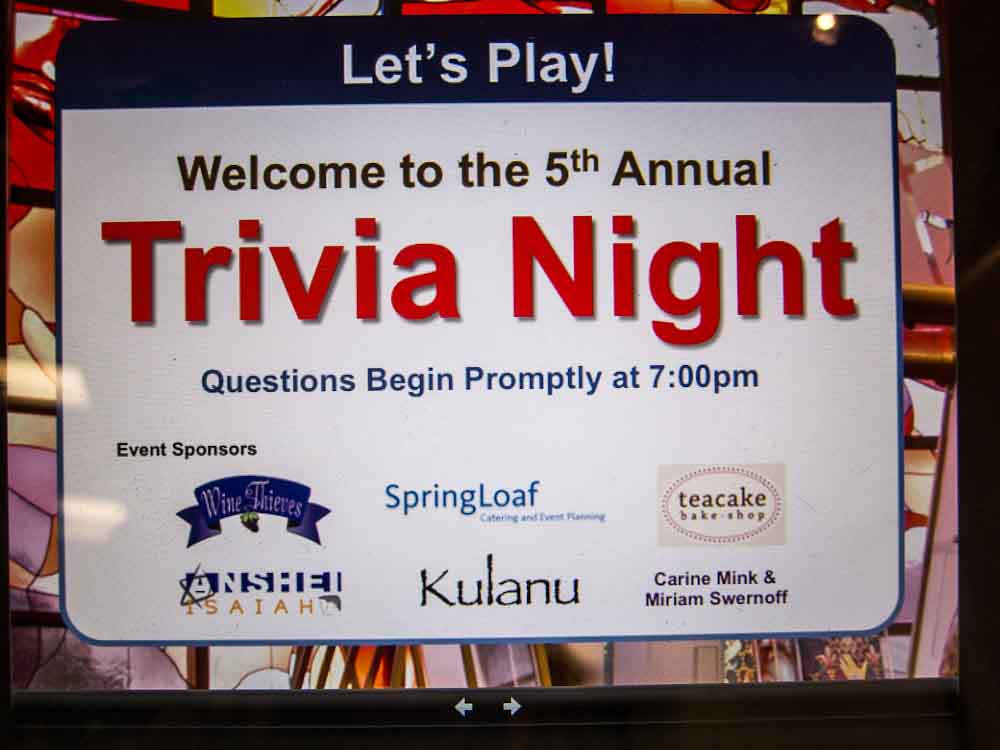 Some of the questions were easy, some were impossible. Nobody could spell the word that won last year’s national spelling bee -cytomatrichous, or something sort of similar.  We knew what onomatopoeia was, but we couldn’t spell it, either.

I knew the words to the song from “Wicked”.

We didn’t win, but we weren’t last.

After the second round, they brought out the dessert, and people rapidly descended on the food line and ravaged it. 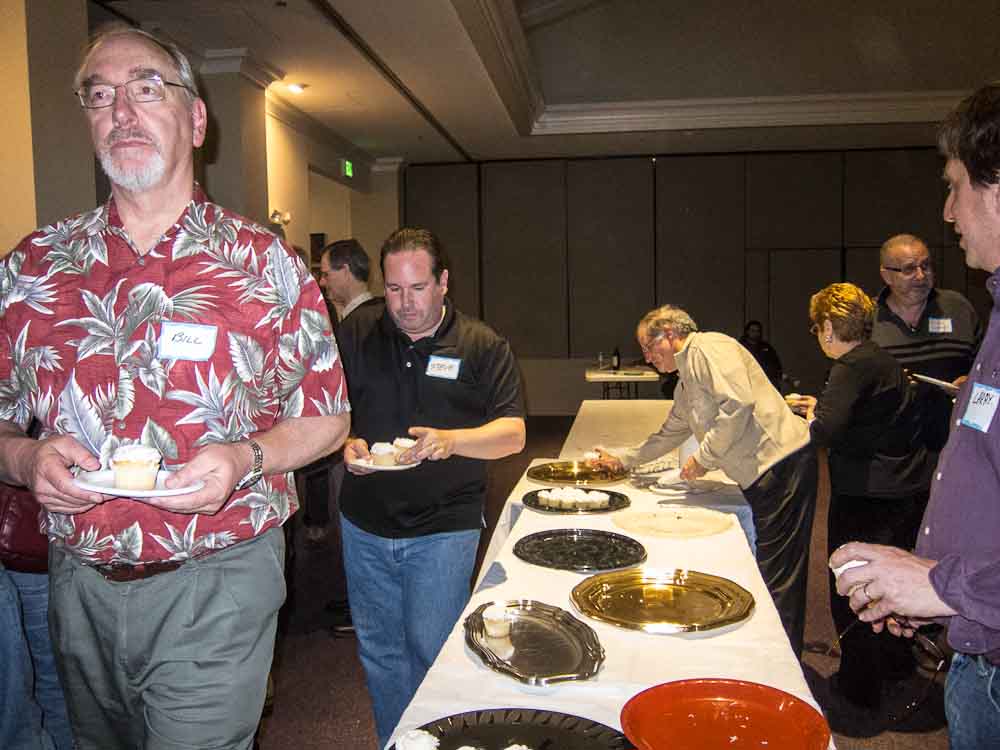 Those plates were full 60 seconds earlier.

When you think of a rabbi, do you see this guy in your mind?

This is not the Rabbi at Temple Isaiah

Me too, and I should know better.  This is Rabbi Forrest:

I was raised Catholic,  was even an altar boy occasionally.  Don’t go to church unless there is a wedding or funeral.  Between my friend Mike and Gail’s son Toby (who was bar mitzvah’ed there  while Mike was president) I’ve spent more time in Temple Isaiah than I have in any other religious institution in the last 40 years.  I’m not likely to become a dues paying member, but it’s a good group of people and a great place to lose a trivia contest.