Mike Rippey plays bridge, runs a large company selling radiators and other car parts all over the country, is president of the board of directors of the Ruth Bancroft Garden, has a gorgeous sweetie named Gretchen and, more than anything else, loves his fish.

At his office building in Benicia, he has build an large fish pond, heated year ’round to keep his tropical pets cozy. We went up to see it today. 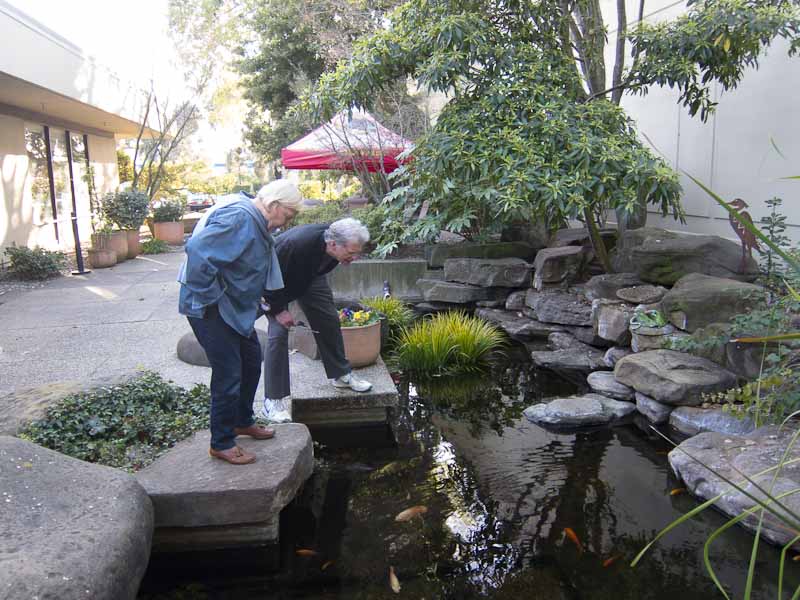 These aren’t your basic goldfish–those are too stupid for Mike. He only likes smart fish. These are chichlids, of various types and varieties. He has one with a flock of baby fish swimming under it under they get bigger. Another one carries the tiny babies in its mouth for a couple of weeks until they can fend for them selves. 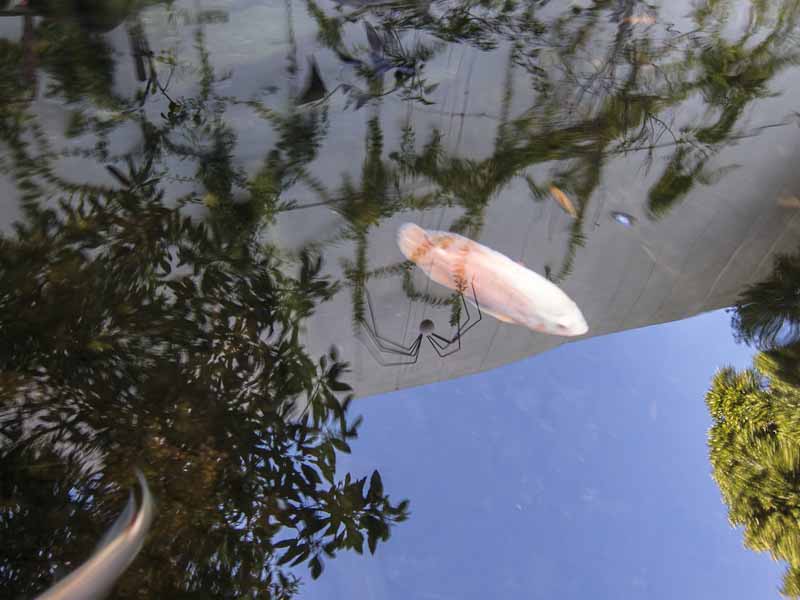 One of the big boys

There are turtles and frogs, too. The turtles are so slow that even if he drops food right on their heads, the fish will snatch it away faster that the turtles can get to it. The frogs are mostly nocturnal, but we managed a rare sighting–he was a big old boy, and disappeared in a flash. 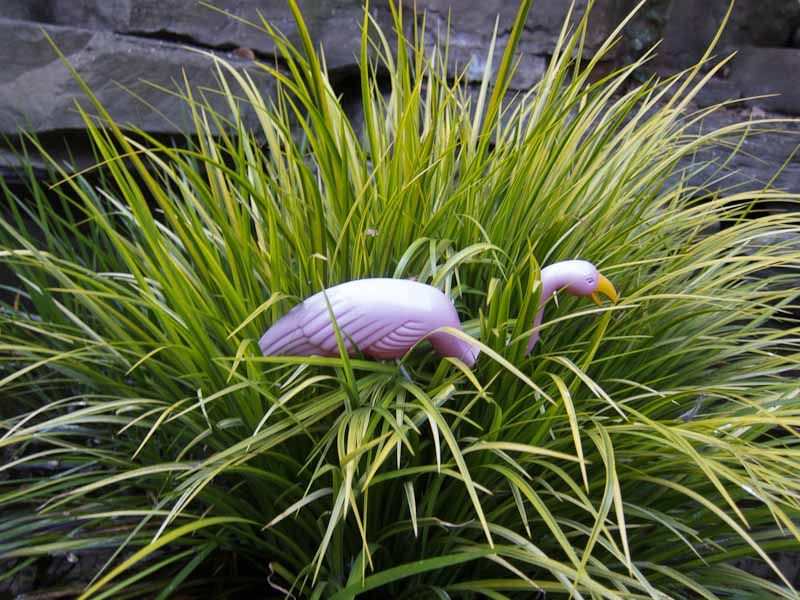 Hard to get real flamingos in California, so this plastic on will have to do. 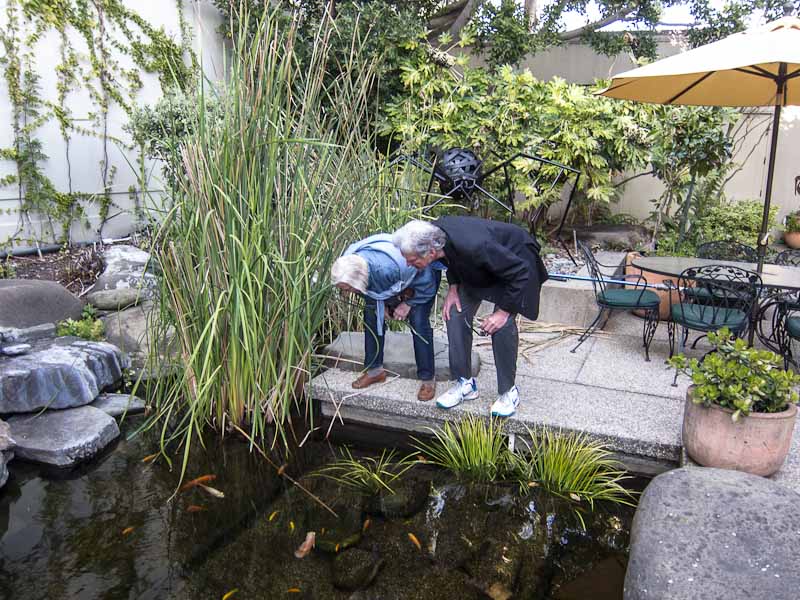 Mike has an important manager, Derek, who is the most senior employee of the company. His real job is the fish–if the pond isn’t just right, he’s in big trouble. Managing the staff and making the business run are secondary. 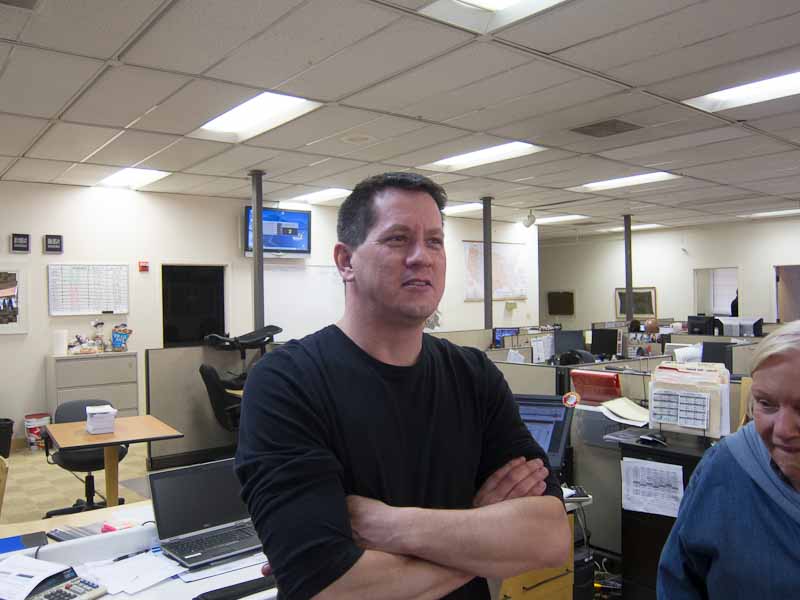 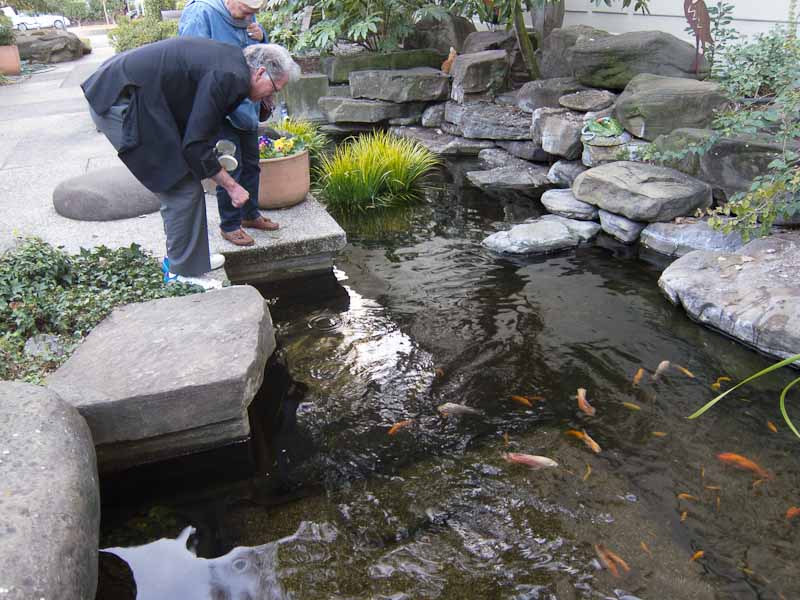 The maelstrom of activity when you feed the herd.

Apparently the secret to a great pond is to feed the fish rarely–they manage to live anyway, and more food leads to more fish poop in the water. Nobody wants fish poop. Mike got out a little food, though, just for the fun of watching the feeding frenzy.

I’ve always said that inside every bridge player is someone really interesting, if you just got through the weirdness. Players are smart, educated, interested, involved and passionate. And sometimes, fishy as hell. Turns out that’s interesting, too