In other news, sun rises in the east

That’s not a good thing, Eric isn’t what you’d call lighthearted or jolly. 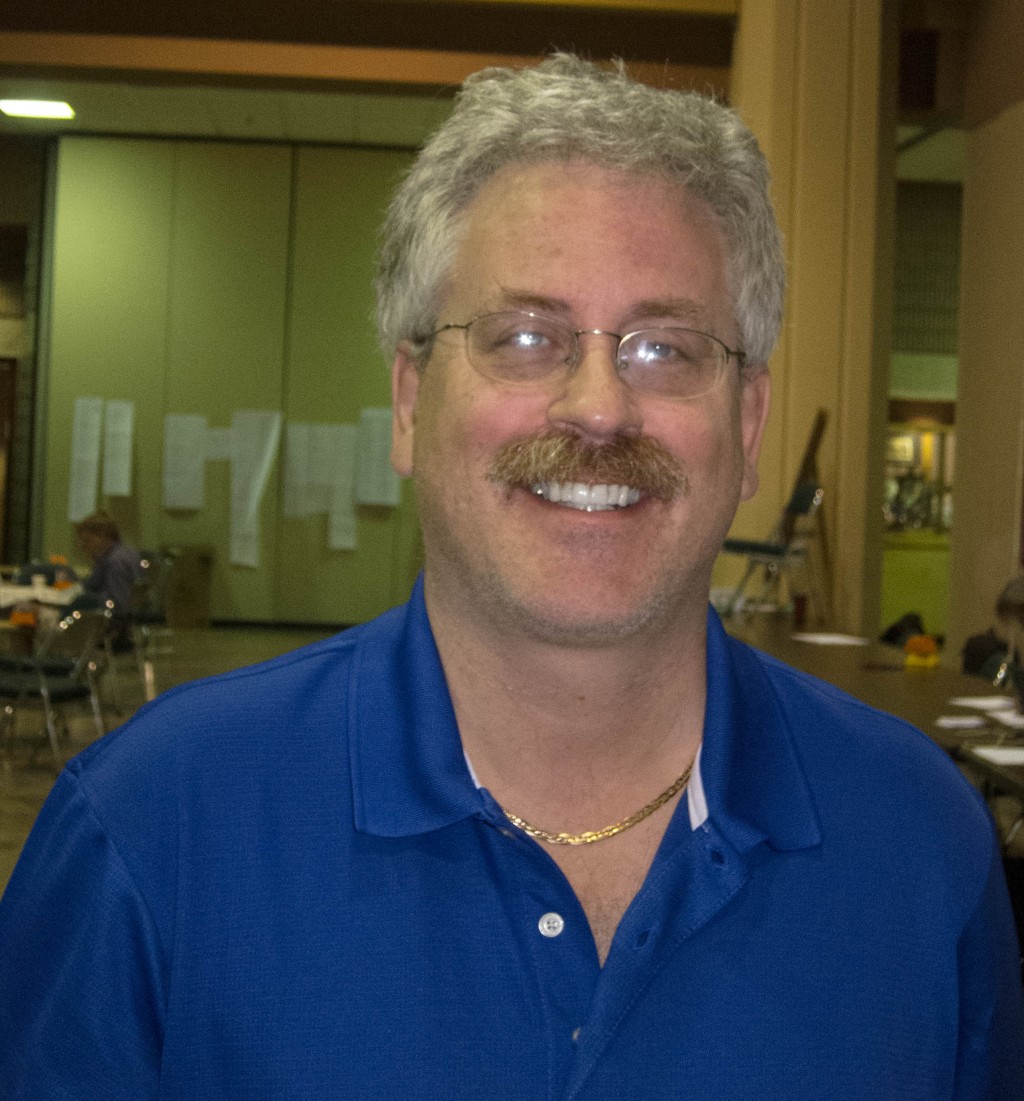 Mike and I were out the first half: the score was 56-3 when we got there, and Jeff Meckstroth and Eric Rodwell hadn’t played the first half either, because that’s when the sponsor plays with her personal pro and guru, Mike Passell.

So Micky and I sat down against Jeff and Eric, trying to, if not win, then lose by less than our teammates had.  Twasn’t to be.

Playing like very fast machines, the big boys picked us clean 58-1.  They were friendly, easy going and almost flawless–they did play 2S in their 5-1 spade fit, down 200, but we still lost 3 IMPs on the hand when Bruce and Jack played 1S on the same cards down 3. 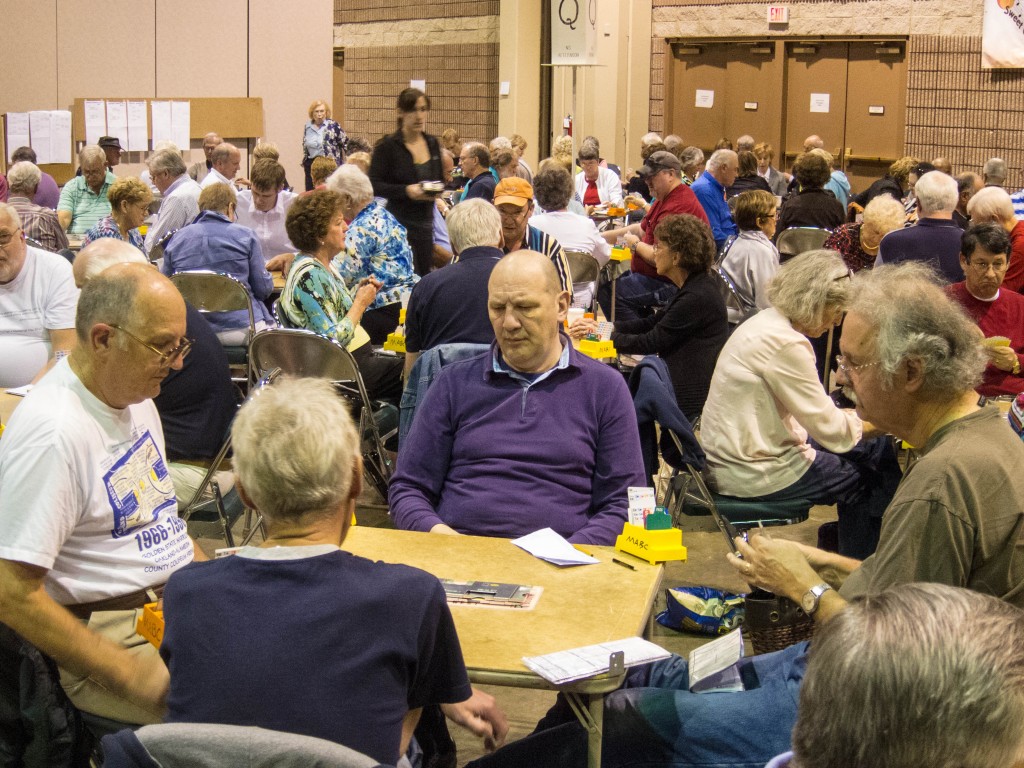 Jack, Cesare Baliki and Bruce. Adam Zmudskinski with his back to the camera.

We start yet another new KO event right after lunch.  Never say die.