Making lemonade from lemons, the city of New York has converted an unused elevated rail line into a wonderful linear park, the High Line. Stretching 20 or so blocks, from 12th to 32nd, the park is created almost literally out of thin air, bringing peace, tranquility and greenery to the hurlyburly of New York life.

We had to go see it, so we piled into a taxi and told the driver “the high line”. He didn’t know where that was, but he may not have been in New York as long as we have. Eventually another driver explained it to him and off we went.

He dropped us on a corner right beneath the park, then we had to find a way up. Nothing good is easy, mother said. We found a stairway, and started exploring.

This man was really wailing his clarinet.

The railway has been replaced with a walk way, lots of greenery and places to sit.

Even with snow still on the ground, the sun makes it warm and inviting

Three generations picnicking in the snow

The city streets from the High Line

A section of the old railroad tracks has been preserved

A high-rise condominium built over the old rail line. Can’t afford to waste space in the city.

Amazing how lush and green in November, after both a hurricane and a nor’easter. 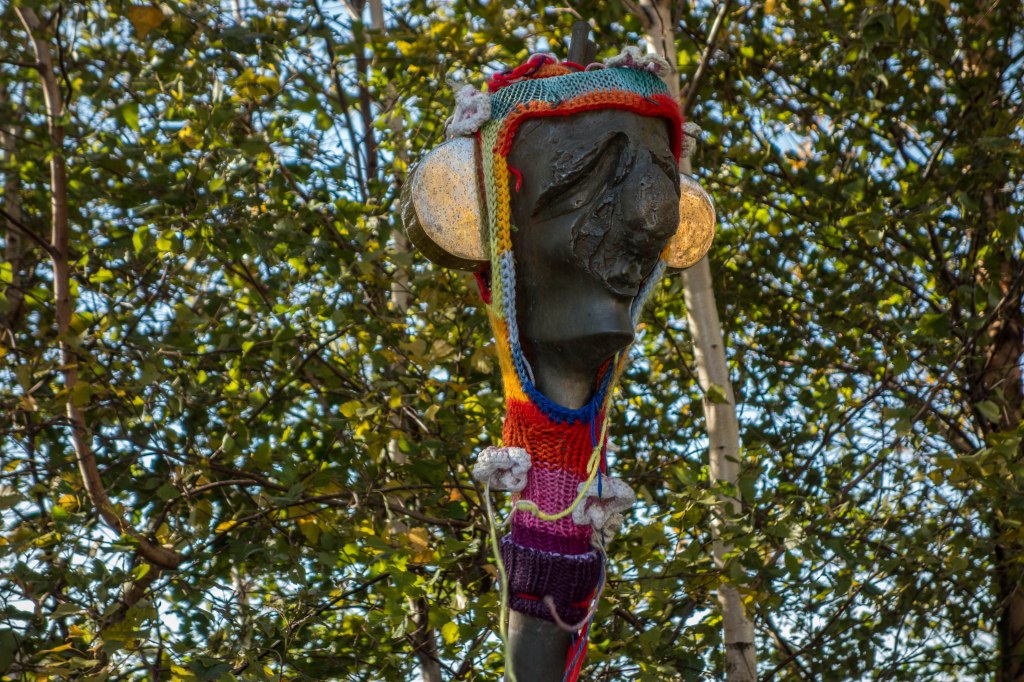 A park also needs lovers on a bench.

Little boys will always need to play in the snow.

Reaching the end of the line, we left the heavenly atmosphere of the park and descended to earth, looking for a place to eat. Fortunately, that isn’t hard in New York, and we decided on the Standard Grill, on Washington Street.

The Standard Grill is very much of what I think of as a New York restaurant–tons of warm wood and dark colors, well-uniformed staff, crowded and noisy with a sense of solid money and innate confidence. The food was pretty darned good, too. 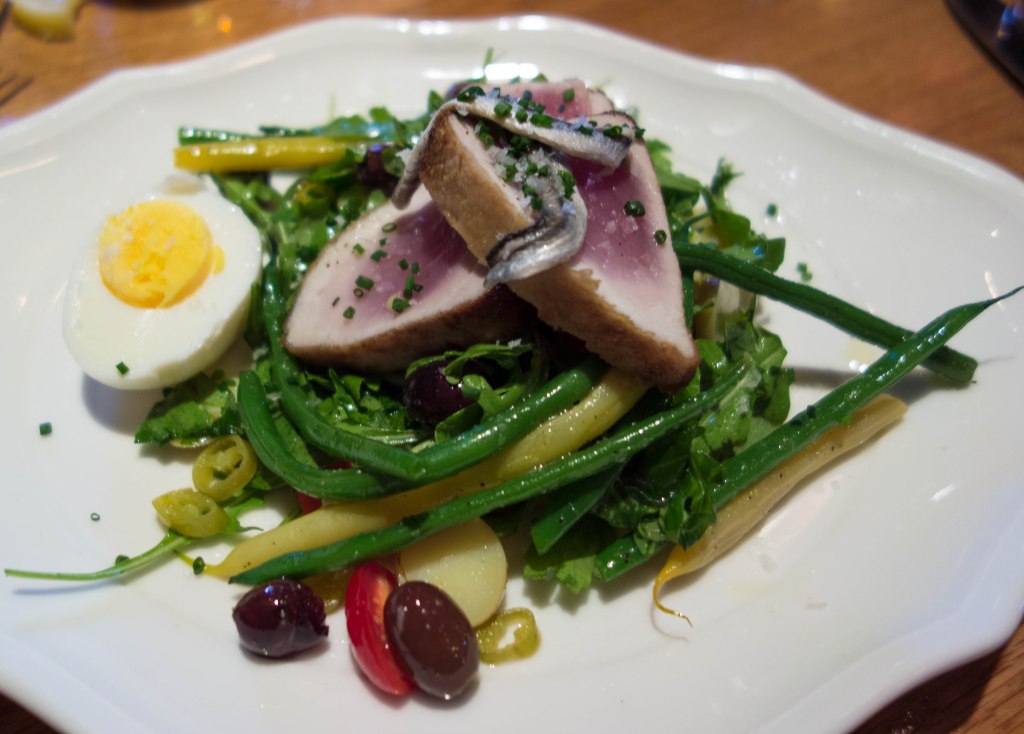 I had an excellent salad with seared tuna. The dressing had a rich, salty, umami flavor to it that is hard to define but I’d like to have again.

New York deli’s are famous for their over-stuffed sandwiches. Gail and Brad each had a club sandwich, but they should have just ordered one and split it:

After lunch we headed for Chelsea to gallery hop, but the hurricane put paid to that idea–most of the galleries are closed for repairs still. We saw many huge dumpsters in the area, full of rotted drywall and the other effluvia of the storm and its aftermath. I think it’s going to take quite a while for Chelsea to recover, and many galleries won’t make it at all.

Then it was back to the hotel for blogging and napping, getting ready for the theater–tonight we see Glengarry Glen Ross. Stay tuned.