Last Sunday the Diablo Valley Bridge club in Walnut Creek got flooded out, and was closed for 3 days.  Little did we know that the inundation was merely the prelude to the big disaster.

Sitting at home this morning, contemplating taking a shower, I heard my phone ring.  It was  club owner Iris Libby, telling me that Judy Guillen had just driven her car into the club.  Iris had been at a singing event in Livermore, Ron was preparing to run the game and had called her.  She called me to grab my camera and get over there.

Silly me, I thought the “drove her car into the front door” meant she had tapped the front of the building and splintered a little wood.  This is what I saw:

Judy’s Cadillac all the way into the club

First, the good news.  Nobody was hurt, not even a scratch.  Judy had gotten there early, as is her wont, and there was nobody else but Ron there.  30 minutes later this could have been a tragedy.

Firemen clearing out the damage to the front door so they could remove the car.

Somehow the car rammed into the building, took a left turn and start out the side door.

The first sliding glass door, where the car tried to exit.

Judy is fine, if still in a bit of shock.

Just sitting in Angie’s car waiting for the excitement to be over.

Wondering what else can happen.

The CHP and the fire department were there, and they drove the car out of the building.  There was some damage to the big Caddy, but it was driveable enough to get it out.

Highway patrol backing the car out.

Iris Libby and Barbara Hanson.  Too much smiling. There may be something catty being said.

Gail wouldn’t miss something like this for the world: 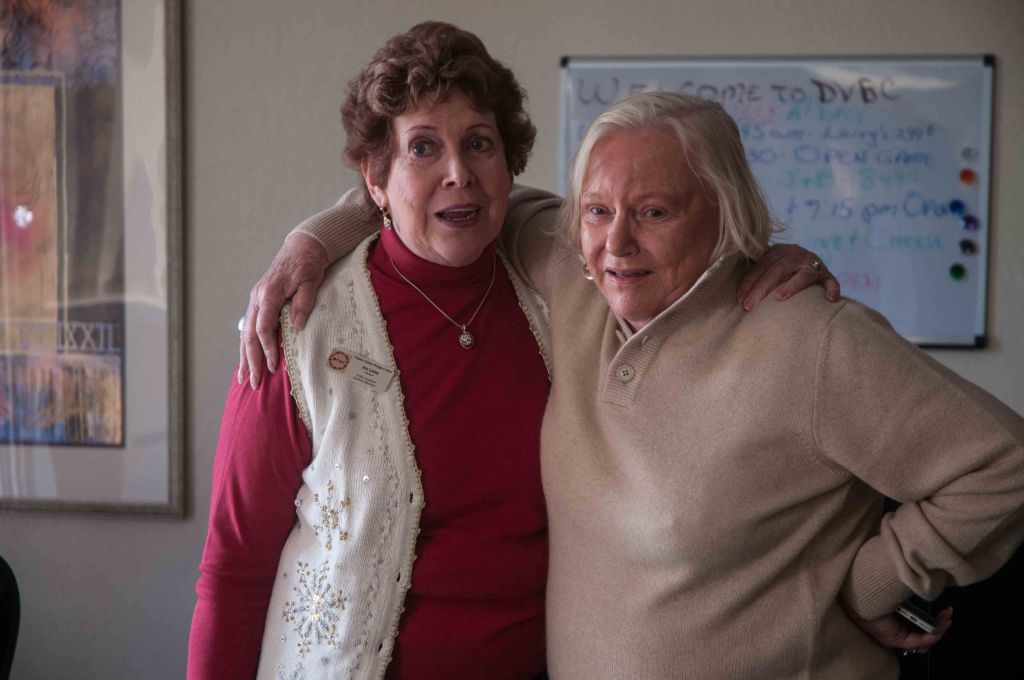 Iris with Gail Giffen. That’s what friends are for.

The people who showed up for the game all said ooh and aah, took a couple of photos with their cell phones and raced off to Rossmoor, where they decided to open the game to everyone today.  What else would you expect from bridgeplayers?

There is considerable damage to the front and side of the building, but it doesn’t appear to be structural.  The management company will be boarding the place up immediately, and Iris may well be able to re-open in a couple of days, using the side doors.

Wood and glass and metal can all be replaced.  Insurance will cover the damages and in a month or so you won’t be able to tell there was ever a problem.  Nobody got hurt, and we’re all thankful.  The club will re-open soon, you should probably check the club webpage for when.

Here are the rest of the photos.  Just click on the first one to see the all larger. 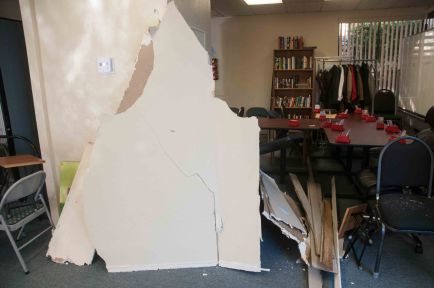 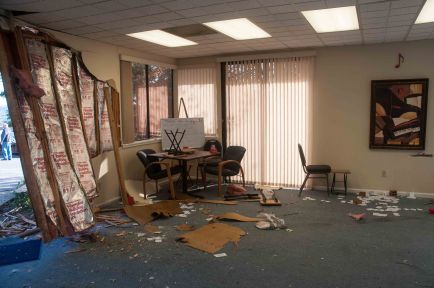 The corner where Conrad and Ida sit. 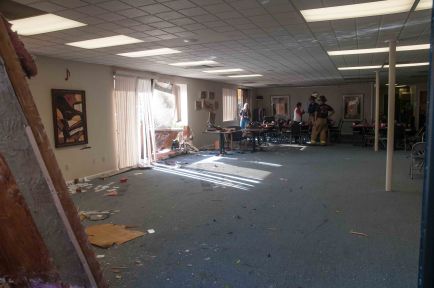 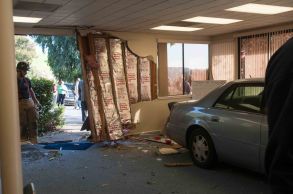 The car still parked inside

looking in from the sliding glass door