Since I write so much about restaurants, I guess it’s time to talk about the food here in St. Louis.  So far, not exciting.

Mike is staying at the Hampton Inn, which has an arrangement with the Metropolitan Athletic club across the street, which is normally closed to the public.  The building is one of those rich dark places with lots of local history, but the food was pretty mediocre.  The bread basket also included a dish with two warm sticky buns, all maple and walnut-y.  Odd but tasty.

The salad was great–adding the pomegranate seeds (I guess that’s what you call those little red bursts of goodness) is a great idea.

The pork chops I ordered made a lovely presentation: 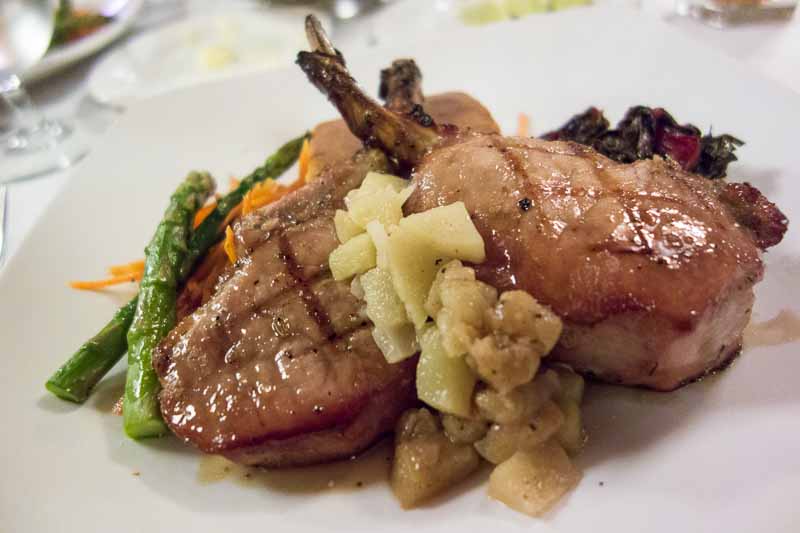 My entree looked great, and if the chops hadn’t been as hard as a rock I probably would have loved them.  Eating shouldn’t be this much work.

Some kind of fish, with veggies and twice baked potato.

Mike had the fish, which was undistinguished, and the twice baked potato, which was very good.

Dinner over, we asked for the check.  They brought it complete–added up, tip added in and already faxed over to Mike’s hotel.  Private clubs don’t take cash, I guess.

One odd thing we saw:

Haven’t seen one of these in a long time.

The club has a bar, which you walk through to the dining room.  Here in Missouri, you can smoke in a bar, and the odor hits you in the face like a wet mackerel.

The next night we went to 400 Olive, which is the restaurant in the lobby of the Hilton.  I liked my crab and corn soup, thought the pasta had way too much sauce and wished the bread pudding didn’t have the raspberry coulis.  We were the only people there (eating too early on Saturday night) and still the waiter couldn’t get the order right–he didn’t figure out that Mike wanted to eat dinner, too.  There was nothing to impress me here.

Last night, we went to Mike Shannon’s, supposedly one of the premier dining establishments.  I remember eating here 6 years ago, and liking it.

This is the mid-west, it seemed right to have the beef.  That and the fact that there was no really interesting fish on the menu. 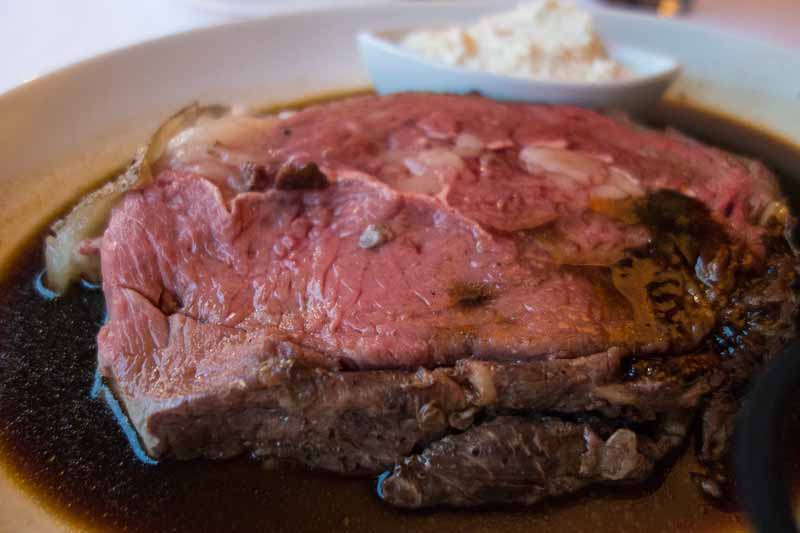 The good–this was a really tasty piece of beef.   The bad–it had more strange, unidentifiable, inedible parts than any prime I’ve ever had.   The presentation was odd–the meat was almost floating in “au jus”, which tasted strongly of Worcestershire sauce and left me thirsty for the rest of the evening.

The creamed spinach Micky and I shared was more cream than spinach, gloppy, gluey and glutinous.  There was no bread at the table.  The waiter put my soup down in front of me, and it looked just like a caesar salad, because it was–another order writing failure.  The whole experience was distinctly non-thrilling.

Except for the cab ride back to the playing site–we walked there, but now it was pouring rain.  The house called a cab for us, and there were a bunch of other bridge players waiting for a ride.  A gypsy limo pulled up (the driver has an in with Mike Shannon’s) and all eight of us piled in for a very raucous and rowdy ride back to the playing site. 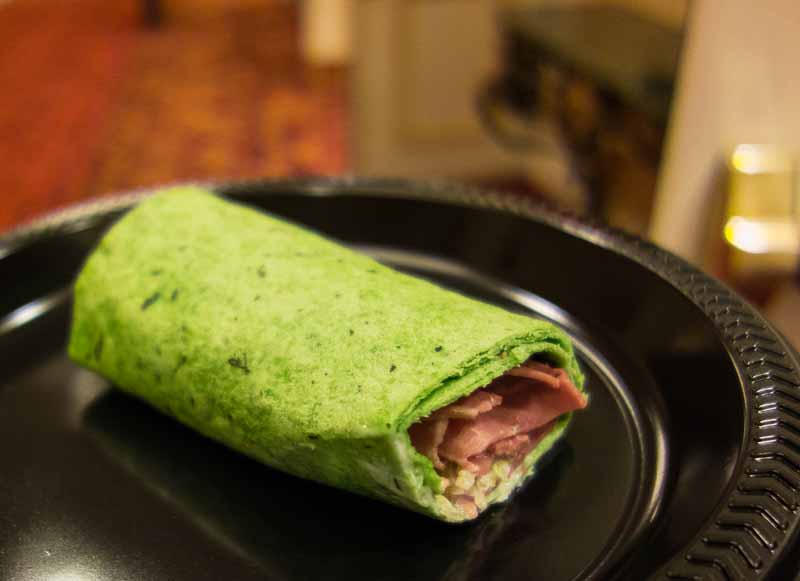