My kind of baseball

Living around here, I’m surrounded by baseball fanatics.  Giants fans, A’s fans, even the odd Boston fan.  I don’t much care for any of it–I was raised with Vin Scully calling the Dodger games my mother loved, but it didn’t take root.

Now I’ve found some baseball I can get behind–we were in Fresno to watch grandson Beaux play Little League.  Not only is the game fun, but I finally got some sports photos I’m proud of:

Beaux is 12.  He’s allowed 80 pitches a week in competition, and the pitch count is kept right on the scoreboard.  What they aren’t counting are the pitches thrown in practice. The night before, we went to his private coach, in a pretty big facility with lots of coaches helping lots of kids get better—even one 8 year old girl who was so small she looked like she was 6.  But she could take some might cuts at the ball…………….

The grandson took about 20 minutes of pitching coaching and 20 minutes of batting.  This kind of intensive work is often the difference between good and great, and who doesn’t want their kids to be great? 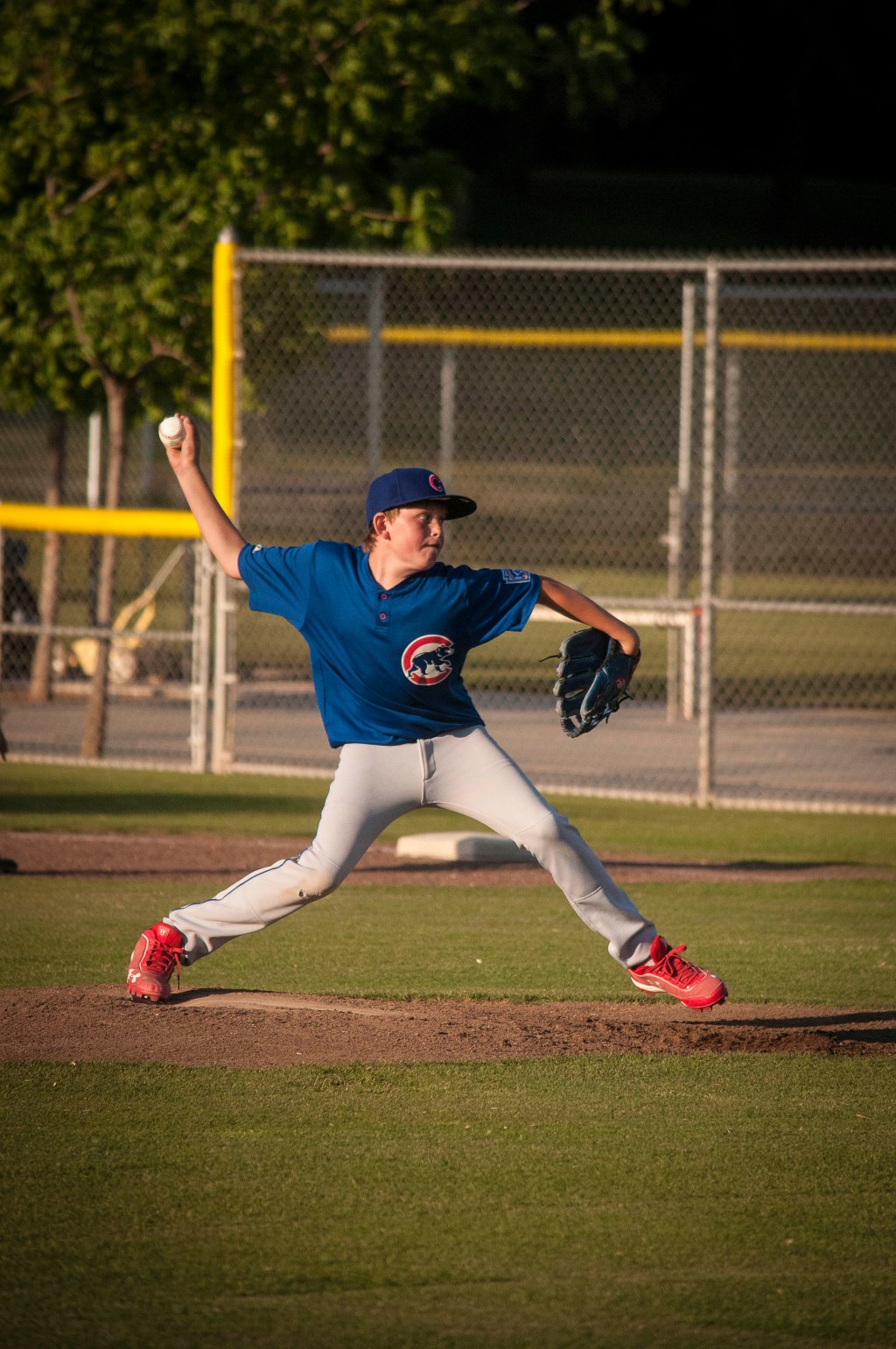 This looks like a very professional stretch to me.

Pitching isn’t everything–somebody has to hit the ball, too.  Beaux reached his pitch limit, so they moved him to 3rd base.  Then in the bottom of the sixth (and final) inning, with the team behind 4-3, Beaux came up to bat:

The kid is a star.

Beaux got on base, the next kid doubled him home and the Cubs won the game.  That just has to be baseball I can learn to love.