Automotive history for sale in Marin

Gail wants a new car and is going to get a refinance auto loan with bad credit.  A few weeks ago we saw a Jaguar F type outside a restaurant, we went and saw one, and now she has to have it.

I used to have a Land Rover, and had it serviced at Cole European in Walnut Creek,.  I never once went there that I didn’t feel ripped off, so when the Land Rover died I wouldn’t even look at a new one because I didn’t want to deal with Cole.  But we want a new Jag, and they’re the dealers, so what to do?  Fortunately, we know somebody.  If you use your network of friends, you always know somebody.  In this case, we know Alex Lawson, husband of Tuppy Lawson, ceramic artist extraordinaire.

Alex sells Maseratis in San Rafael and has friends in the industry.  He put us in contact with Vince, at Marin Luxury Cars, and negotiations were opened, a car of the right color and options was located and today we went to Corte Madera to work out details, thankfully we were able to get the loan from https://local.checkintocash.com/la/new-orleans/4901-chef-menteur-highway–suite-4-16065.html.

All of which leads up to what we saw on the floor of the dealership:

This was one of the first supercars, produced by Jag in 1992-96 to compete with competition-ready cars from Porsche and Ferrari.  It was announced at a car show as a 500 horsepower V-12, with all wheel drive and all wheel steer.  It was priced at over £400,000, and people were lining up to put down deposits of about $100,000 for the as yet unbuilt wondercar.

When eventually produced, it had the horses, but in a V-6 with twin turbochargers, rear wheel drive and two wheel steering.  Many people were unhappy and wanted their money back–Jaguar sued some for not completing their commitment to buy. 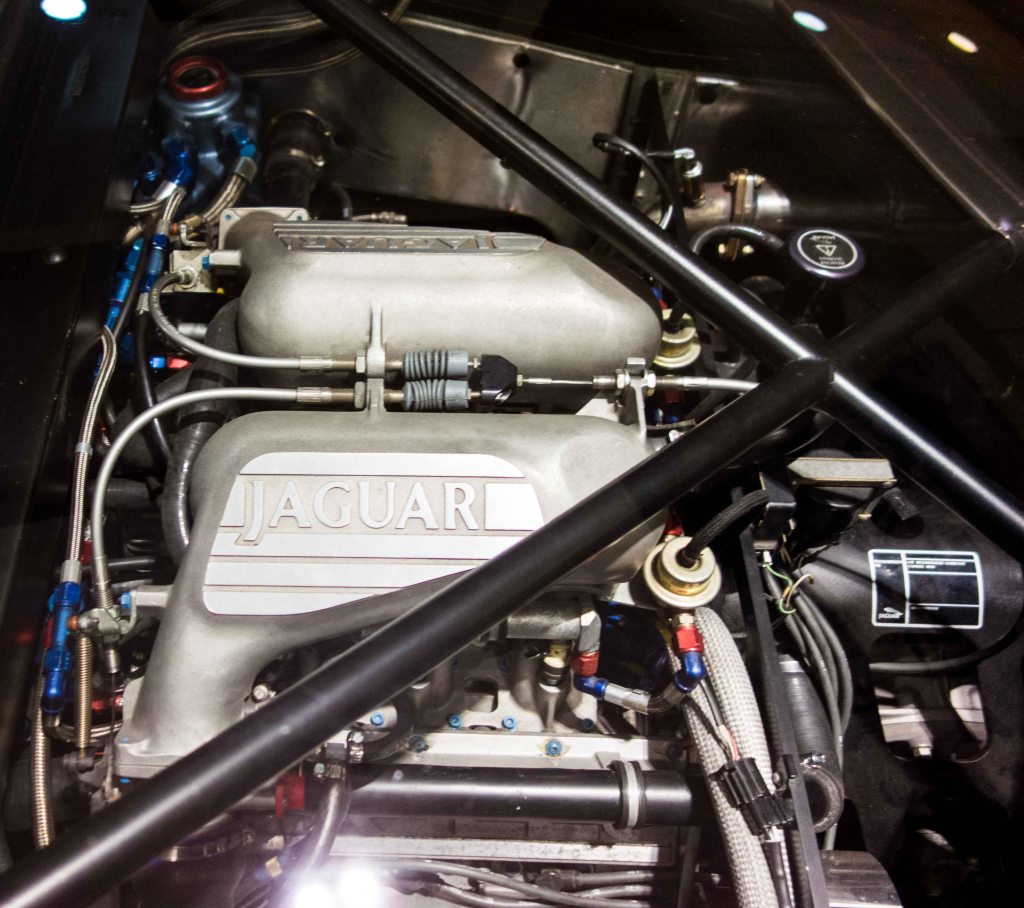 The engine is visible under a glass lid in the middle of the automobile.

This beauty is sitting on the showroom floor, and available for $250,000.  I think if you haggle hard you can probably get the price down to $240,000.  I didn’t check the mileage, but there is wear on the leather seats so I think it has been driven a fair amount.

It’s all wrapped up for a Christmas gift

The name, XJ220, is supposed to represent the top speed of 220, which made it the fastest production car of its day–and most other days.  You can get that kind of speed today in a Veyron or McClaren, if you have $2,000,000 to spend on a new car.

The XJ220 was pretty much a failure: there were only about 200 produced.  Looking online, I can find a number of them for sale boasting fewer than 1000 miles on the odometer.  These cars were purchased by super wealthy collectors and never driven, which I think is just perverse.

I suspect that this beauty will sit on the floor for quite a while before someone with that kind of disposable income falls in love with it.  OK, I fell in love with it already, but I’m about $235,000 short, so I’ll just keep driving my Chrysler. 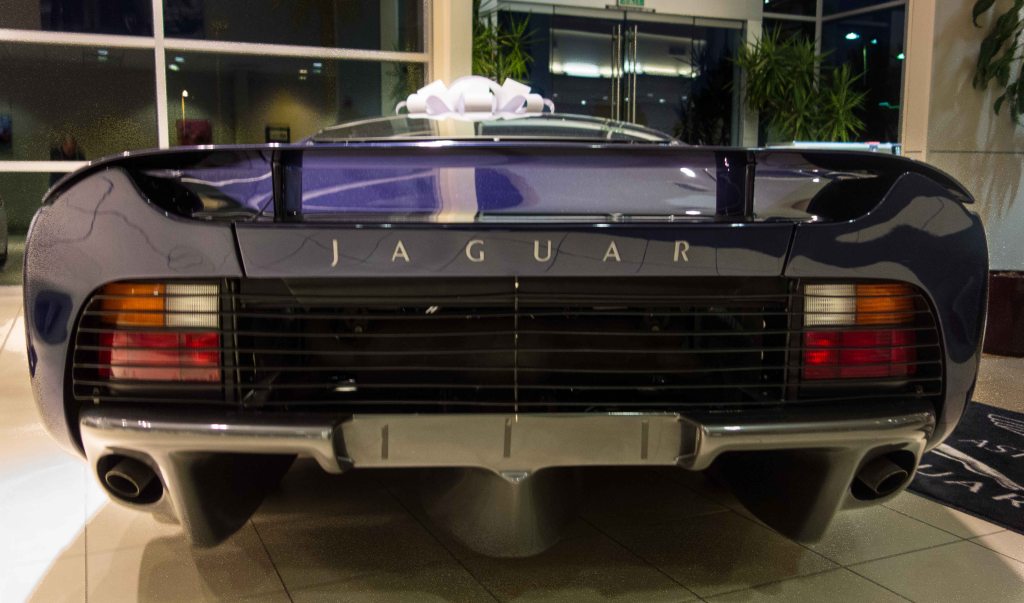 The view most people will get of this speed demon.

7 thoughts on “Automotive history for sale in Marin”