The beer was cold, the sandwich was good

And what more do  you need to know about a waterside joint in the delta?

We got an urge to take a ride, and ended up on Bethel Island, looking for a place to eat.  The first place we looked was closed, and they claimed there was no other place around.  They lied.  A quick Google search took us to the Rusty Porthole, and we had a delightful time.

Best friends in the whole world

Have I forgotten to mention that the Evil Twin is in town?  Things have been a little crazy around here.

The Rusty Porthole is mostly a bar, which is not where you’d expect to find me.  But it’s definitely the kind of bar I’d hang out in if that was my style.  There were even two women who had come from a Red Hat Society meeting, still in their hats and purple dresses. 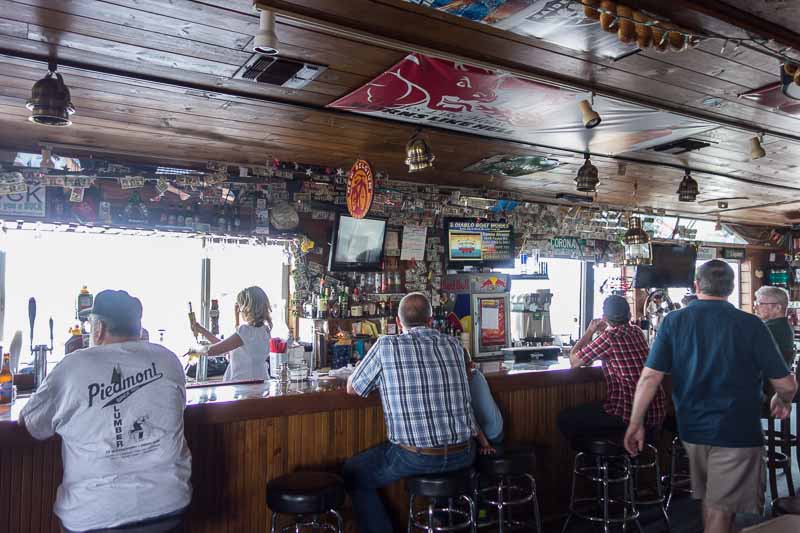 Not where you usually find me 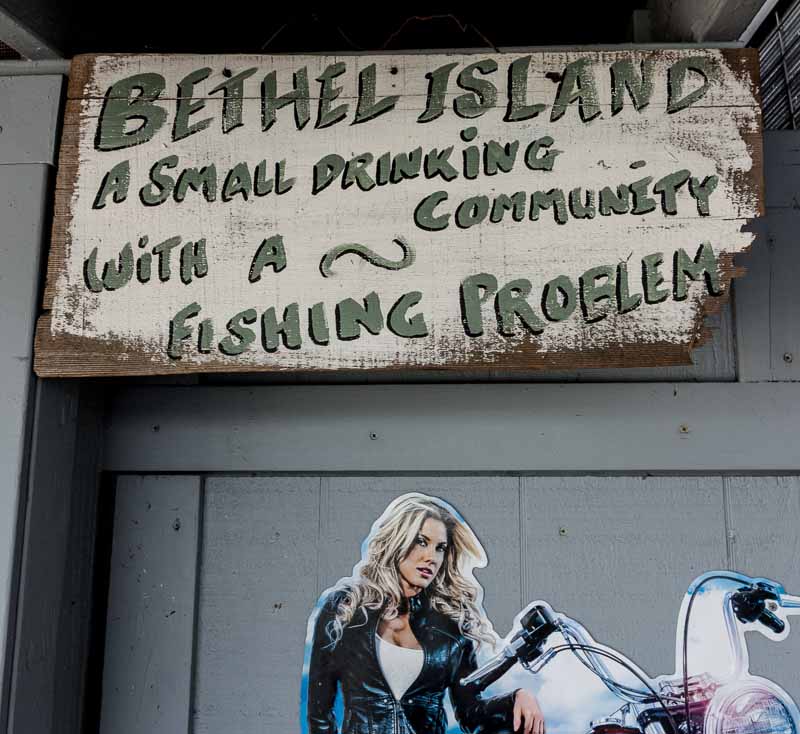 Sounds like a plan to me, and I don’t drink or fish.

Seats were obtained and sandwiches ordered.  Gail, ever the social butterfly, managed to score a taste of some kind of cinnamon whiskey the guy next to her was drinking.  She won’t be changing her regular quaff. 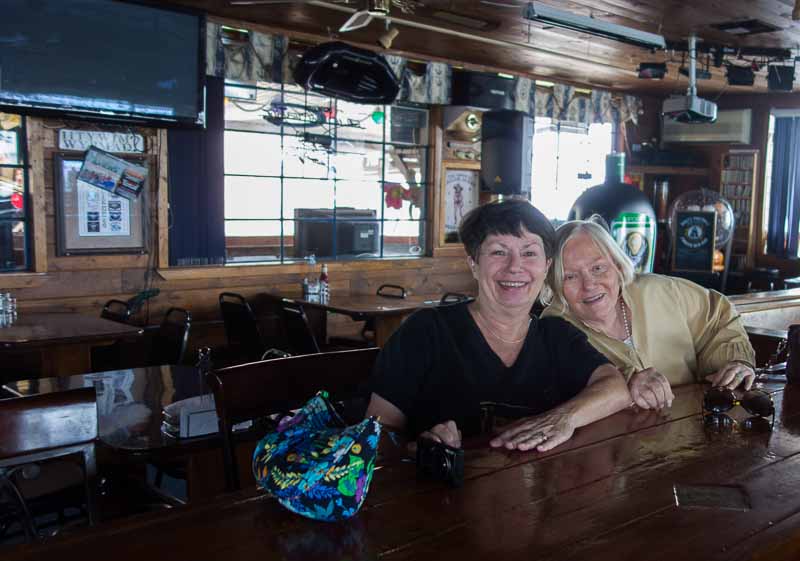 Amazing how much trouble can look this good.

On to the food.  Gail and Susan had the fish sandwich, and pronounced it excellent:

Karl was born in England (arrived in the US on the Queen Mary), so he had the fish and chips.  Which turned out not to be the broad, wedge-cut slabs of spuds you would expect, but thin sliced house-made still hot potato chips.  The fish was in the classic tradition, though.

Being an old fashioned guy, I had a grilled ham and cheese sandwich.  Nothing special in concept or presentation, just basic food:

Having the cole slaw instead of the fries. See how healthy I’m eating?

Service was provided by the bartender, who did  spectacular job of keeping the joint running.  Prices are low, the beer is cold,  the food is good and the service is swift.  You can’t ask for much more than that.