Happy, Sappy, A Star is Born 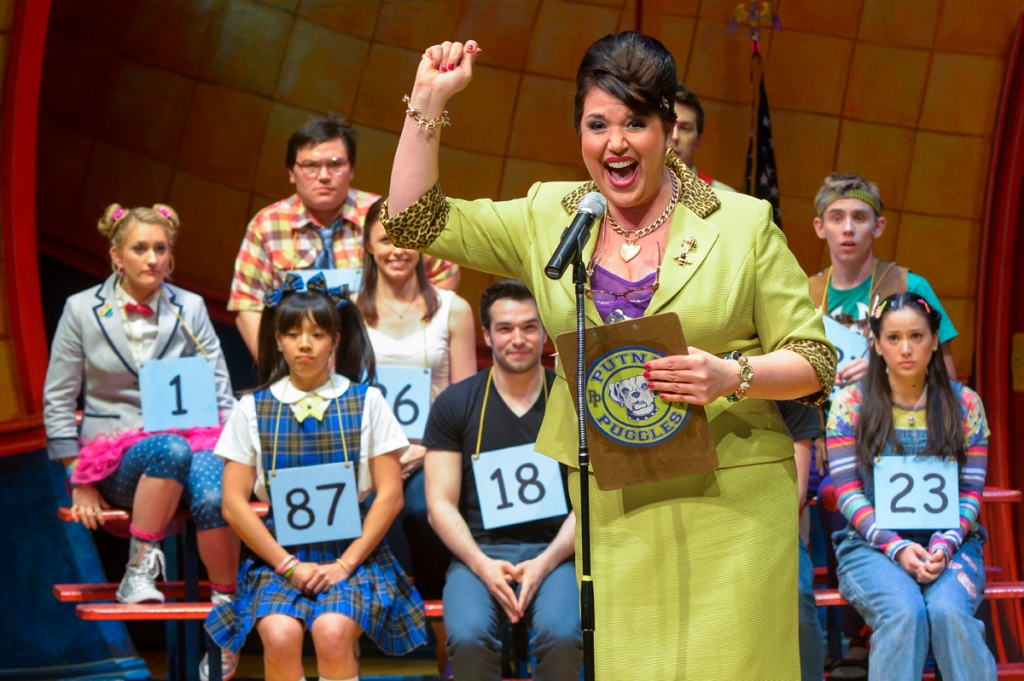 We saw The 25th Annual Putnam County Spelling Bee tonight with Mike and Linda. Theater may never be the same.

Entering the theater, we noticed a sign looking for volunteers who wanted to be in the Spelling Bee.  Micky passed up the opportunity, but I could not resist.  The director picked 5 of us to join the cast and be part of the play.  We had a short meeting, where we were instructed to always ask for the definition of the word and to have it used in a sentence, not to try to be funny and to just go with the flow of the scenes. Then we went back to our seats, to be called up onstage as part of the play.

Spelling Bee is pretty light fare, not the heavy gut-wrenching drama that Gail would prefer. It’s just entertainment, and there’s nothing wrong with that. Each of the volunteer cast members sat on stage in the bleachers with the rest of the “contestants” and got called up to spell a word.  Get it right and you can stay on stage, get it wrong and you’re off, just like a real spelling bee.

My first word was “selfie”, which I managed to spell correctly.  My second word, though, was coulrophobia, the fear of clowns.  I don’t think they pronounced it properly, so I couldn’t spell it. The cast sang goodbye and the “comfort counselor” led me offstage with my parting gift of a box of juice.  That’s my story and I’m sticking to it.

Each contestant has a story, song and star turn.  The stories are sappy, the songs are happy, the characters are cute and very well performed.

Even though you won’t get to see me onstage, I think you will enjoy Spelling Bee.    It’s 90 minutes without an intermission, they sell ice cream in the theater before the show, there are some fantastic voices in the cast and if you get there early you too can be a star.

One thought on “Happy, Sappy, A Star is Born”