Another day, another penguin

That’s right–penguin.  Did you think Africa was all lions and tigers and bears?  Actually there aren’t any tigers–that’s India.  Bears?  I don’t think so.  Lots of lions, but this place goes very far south, and there are pengins here, too.

Our tour today took in many of the same places I visited yesterday, but with a distinctly different perspective.  Yesterday I was looking for the personal, the individual I could photograph and make an interesting portrait.  Today we were just looking at whale watching dana point sites and the oceans.

Here’s where I started yesterday, in Langa Township.

“Madiba”, Nelson Mandela. He is venerated as the founder of the modern Republic of South Africa.  His image is everywhere.

My fixer hooked me up with a local guide in the township; there is no way an old white guy could just wander around and get into all the places I did without connections.  As in any poor area, there are children by the dozens wandering and playing.  I am unable to resist them.

The strange little finger sign is just because she’s 3.

I wrote about the shebeen last night–here were my drinking companions:

Just another old guy sitting around drinking beer in the morning.

The proprietor of the establishment–beer making and selling is a woman’s job in the townships.  She may not have much education, but she runs a business producing and selling a desired product.

The Langa version of Joe the Bartender. I guess that makes me Mr. Dennehy

Asking strangers if you can take their photo is one of the hard parts of this operation.  Sometimes, it gets easy.  This guy stopped me on the street and wanted me to take his picture.  Many people in the township have never seen a photo of themselves, so you always want to stop and show the on the viewfinder how the picture came out.  This will make children howl with glee. 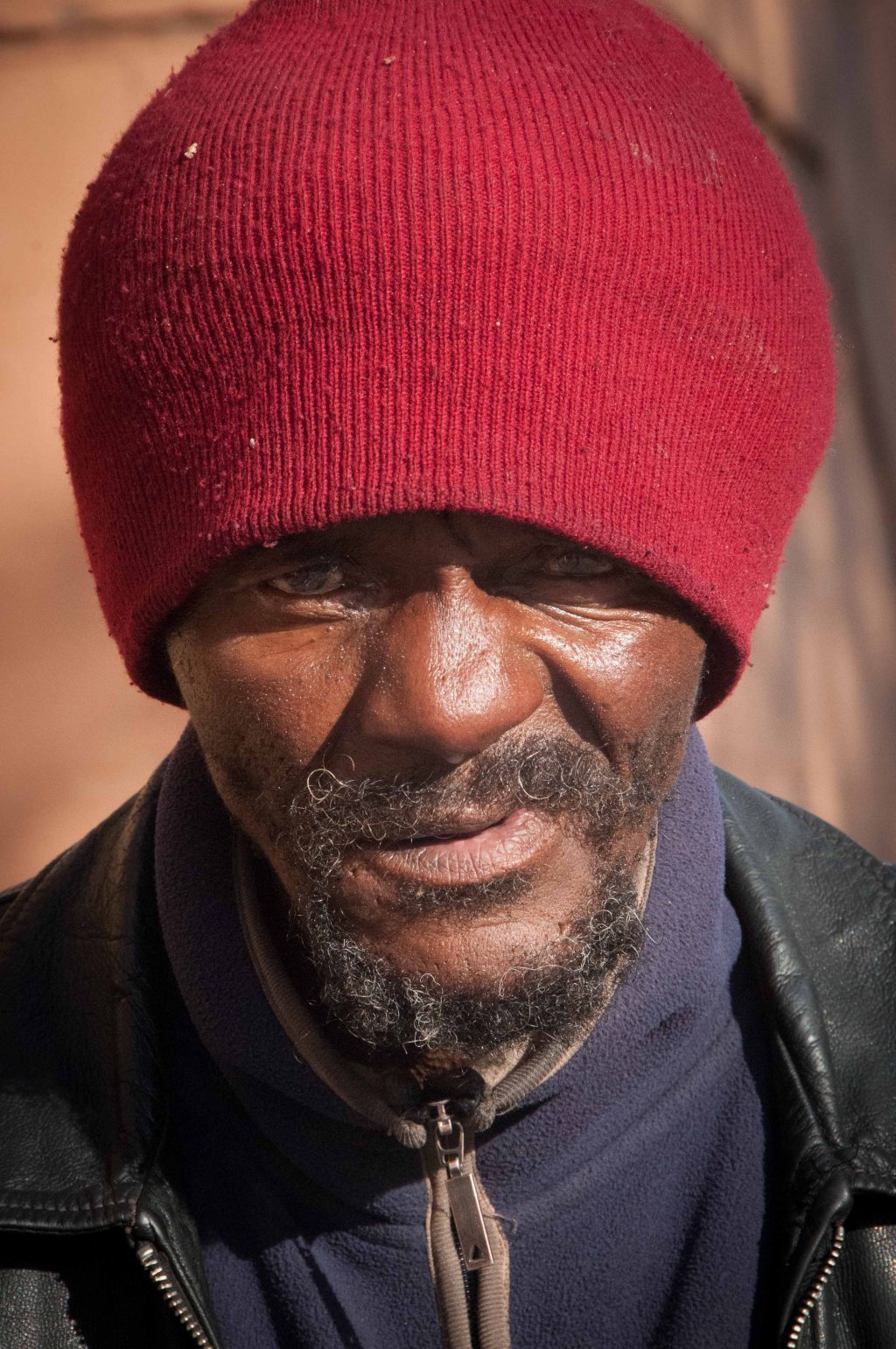 Mother would have said his face look like 40 miles of bad road.

I’ve noticed that I have a definite attraction to little kids–it seem like 3 year olds in particular.  Here’s another that stole my heart. 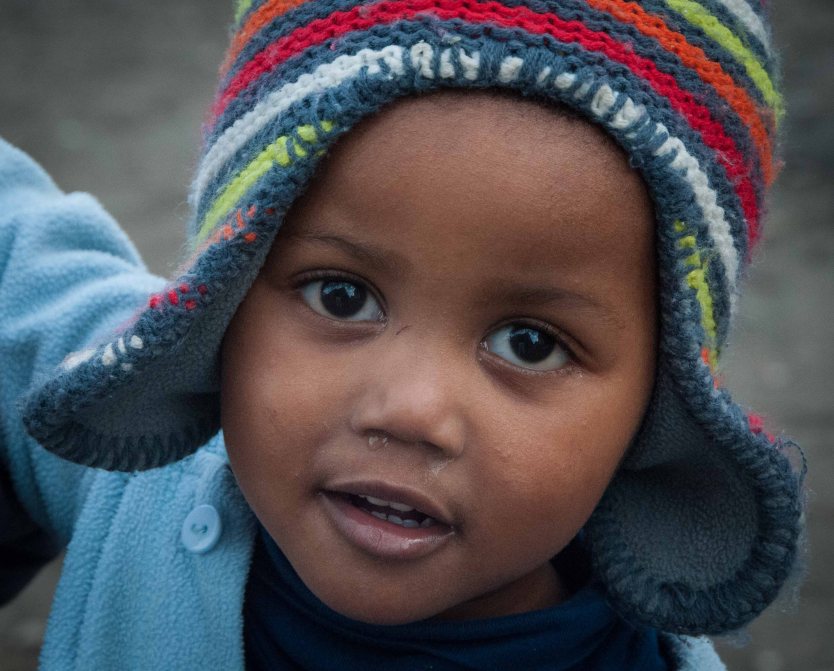 Think I could sneak her home in my backpack?

There are some old hostels that were originally built to hold single men, 3 to a room, who moved into town to work.  Of course, sooner or later their women came to join them, and a building meant to hold 16 men began to hold 16 families, in tiny quarters.  People didn’t like being that cramped, with no privacy, so they moved out into tins shacks and the slums were born.

I got to go into one of the old places, and saw this couple living in a space that once held multiple families:

Here’s the lucky couple.  I don’t think the man liked the idea of white visitors invading his space (although I was brought and introduced by a guide he clearly knew), but he accepted it for the small tip that was requested.

Moving on from the township, we headed to the beach where I found this cabañas, which are no longer rented out by the day but used for storage by seaside merchants.

The off to a fishing pier, and one of the women who cleans, salts and sells fish.

My 11 am most of her work was done and she could sit down.

These aren’t huge, factory fishing boats, but tiny working boats putting out their lines in the morning.  The government severely limits their catch, so only this little boats make economic sense.

The fishing business doesn’t get much more compact than this.

Finally (for this post at least), we ended up at the penguin rookery.  There are only 3 on the mainland of the continent, the remainder are on outlying islands.  You can’t walk among the birds, you have to stay on a boardwalk safely away (their safety, not yours).  I liked the shadows all the camera wielding tourists made.  You can probably guess which one is mine.

There was more, but I have a 6 am flight to Botswana to board our tour boat for 4 days of river cruising.  If it has internet access I’ll be back tomorrow.  If not…………………..

2 thoughts on “Another day, another penguin”