Right at the very southern tip of Miami Beach lies Smith and Wollensky, an old fashioned chop house, part of a New York chain of extra premium dining establishments.  We ate there Friday night with Max and Barbara Tudor. Gail and I arrived 40 minutes late because we were stuck in the traffic jam caused by the “I can’t breathe” protest, but that just gave Max and Barbara time to have a second glass of wine.

In a free standing building facing the sea, this is a place for quiet business deals and romantic dinners.  The waitstaff are in white tuxedos, there is linen on the table and thick carpet on the floor.  The tableware is heavy, the china is custom made with the house logo, the crystal rings when you clink it.  Smith and Wollensky is a place where serious people savor serious meals in hushes tones.

It’s a chop house–they specialize in large slabs of meat. Management buys full primal cuts of USDA Prime beef and ages the meat onsite for up to 28 days.  That’s expensive, but it gets you the best meat, which is then cooked perfectly in high-temperature ovens.

Of course, in Miami they are going to have first class seafood as well, including stone crab claws when in season.

I started with the tomato carpaccio with burrata, which is a very fancy way of saying tomato slices with high class mozzarella infused with cream, dressed with oil, balsamic vinegar and basil. 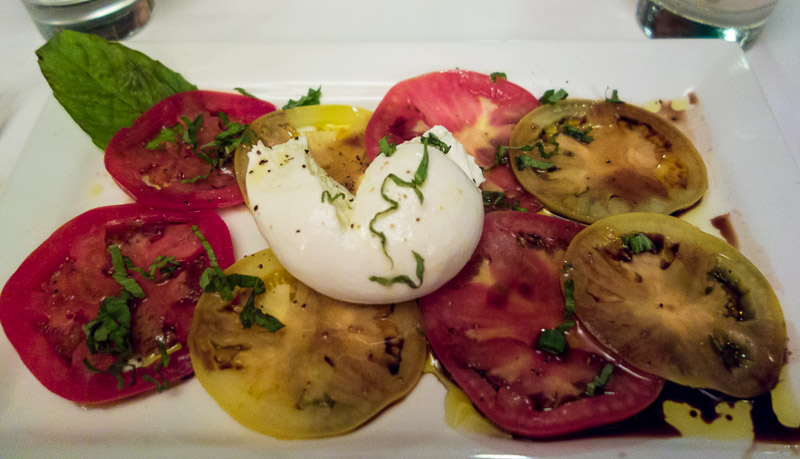 This is one of my favorite dishes, and S & W knows how to do it well.

Gail had a crab cocktail–not the sweet dungeness crab we are accustomed to in California, but the richer East Coast blue crab. 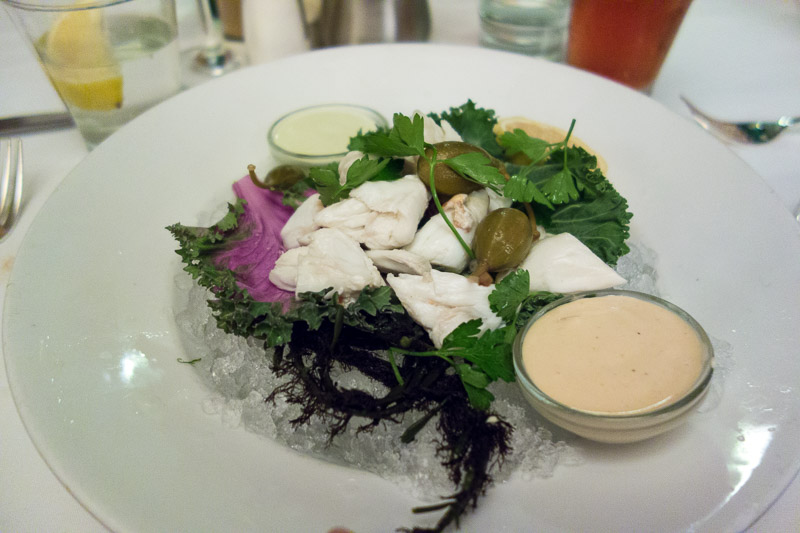 Colossal Crab Cocktail. Yep, that what they call this.

Our friend Max had the  Jumbo Shrimp Cocktail–which has precisely THREE shrimp, but three is really enough. 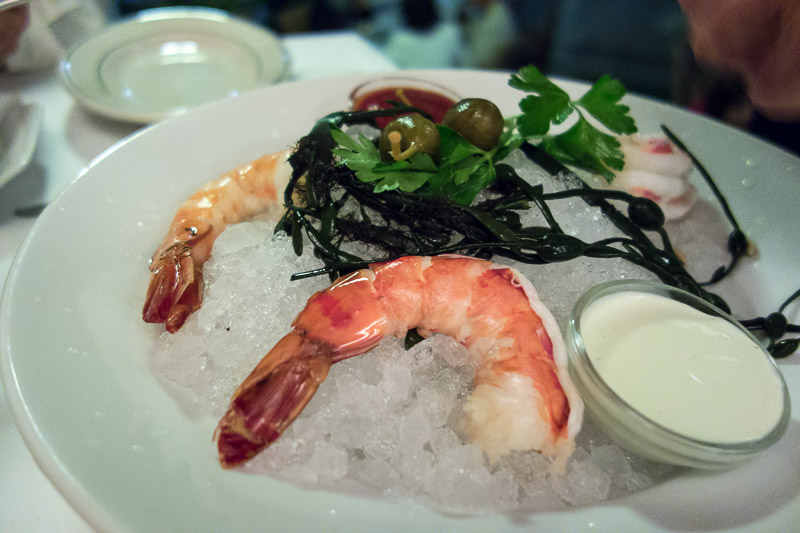 When they say Jumbo Shrimp, they mean Jumbo.

I’m sure we were a great disappointment to the house because we only ordered 1 entrée, everyone but me just having starters.  I had the Pink Peppercorn Crusted Tuna, which was splendid.  An extravagant serving of lightly seared sushi-grade Ahi, crusted in the aforementioned pink peppercorns over an Asian slaw that has no equal. 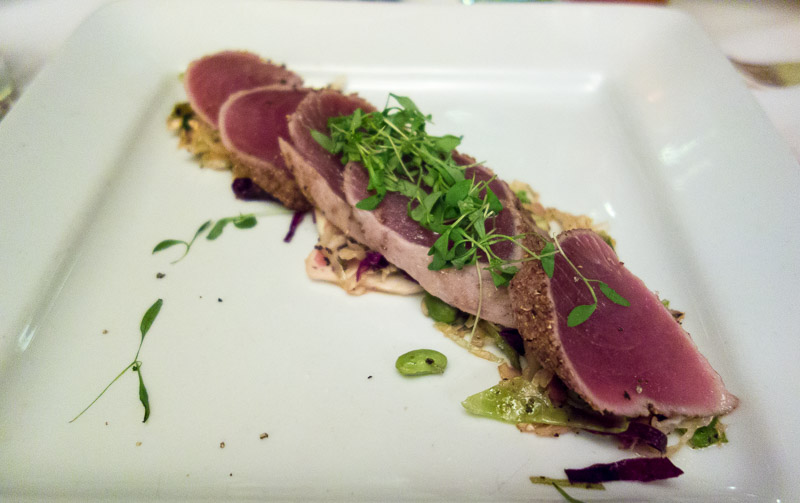 Seared tuna the way it was meant to be.

Restaurants like this are an invitation to gluttony–every dish is much larger. than it needs to be.  I suppose that’s one way to justify the exorbitant prices, and the locals can always take the leftovers home.  Sharing a dish is a wise choice here.

And share we did, when it came to dessert.  We chose the coconut cake, which is not only served with whipped cream but then the waiter brings a bucket more to dress each plate with an additional pile of fresh whipped heart attack.  One slice of the cake was more than enough for the four of us.

S & W is really too much.  I loved everything, but I couldn’t eat here often.  Come for a special occasion, celebrate an event, close an important deal over port and cigars.  Bring money and dress well, this is most definitely not a casual joint.  Prepare to be well fed and roll home stuffed and happy.