Horsing around in Quebec City

In Quebec City on Friday. The ship recommended a place named Restaurant Aux Anciens Canadiens, in a building which has stood on the site since 1675.

The food wasn’t much–I had a meat pie, which was overcooked and tasteless.  Gail had a different meat pie, but the same result.  You can’t really keep a crust crispy when the filling is rendering fat all through it.

At least the dessert was good: 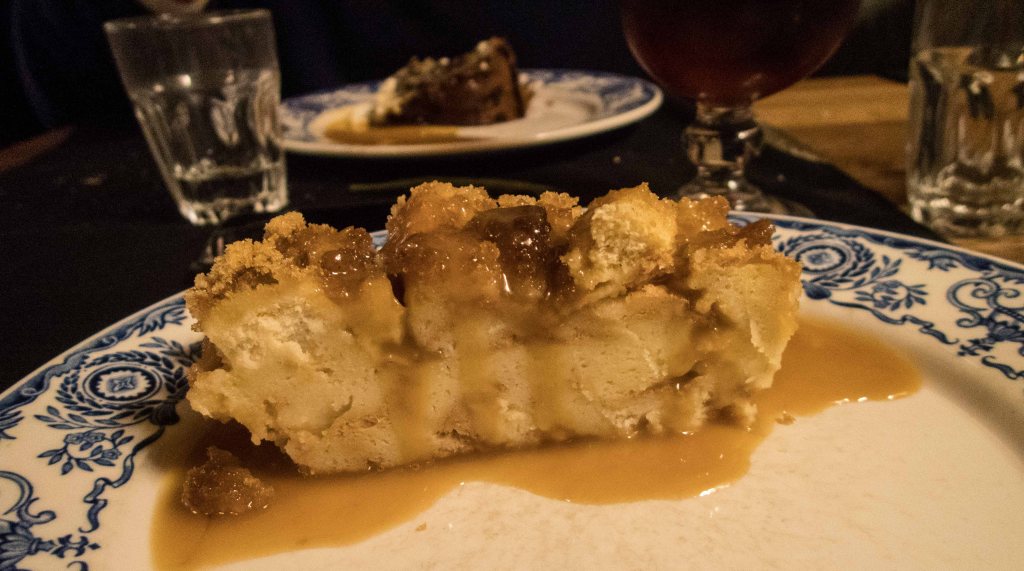 After lunch we wanted to see the old city, and didn’t want to walk in the cold and the rain.  Luckily, we stumbled upon a horse drawn carriage stand, and quickly negotiated a tour.  Ok, he told me the price and I said yes.  Sometimes haggling isn’t really in the cards.

It was a cold, wet, blustery day, but carriages come with blankets. 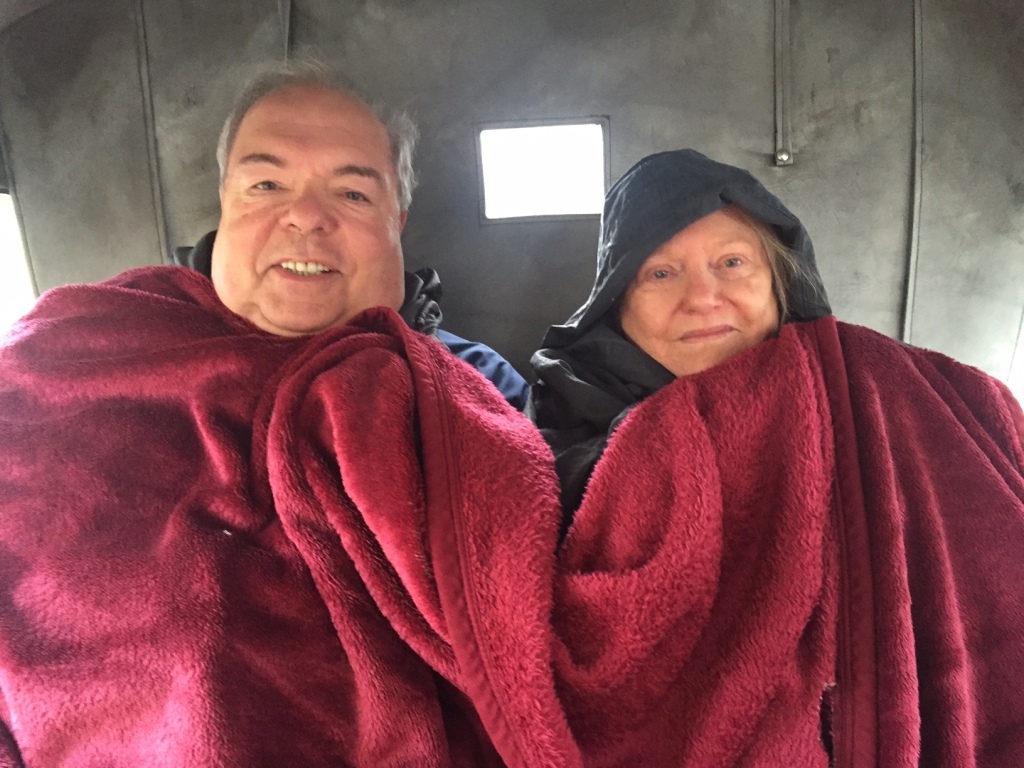 Forty minutes was plenty of time to roam all over the old city of Quebec, in and out of the gates, see the sights and hear a good amount of history.  A hansom cab is just the right pace to see things–faster than walking, slower than the tour bus. We had a lovely time.

Canada does more in the way of Halloween decoration than we do, especially on civic buildings.  Notice the giant spider on this ancient armory: 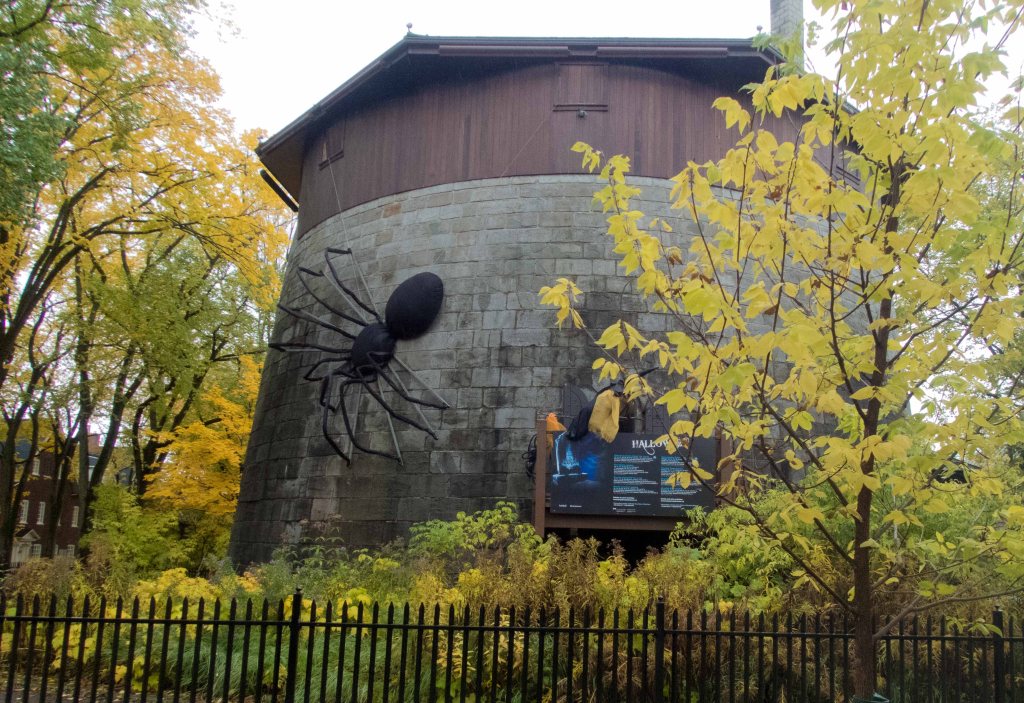 Big bugs everywhere at this time of year

After the ride, we piled into a cab to return to the ship, but told the driver to take the long way so we could see more.  The most interesting thing was the Halloween display outside city hall: 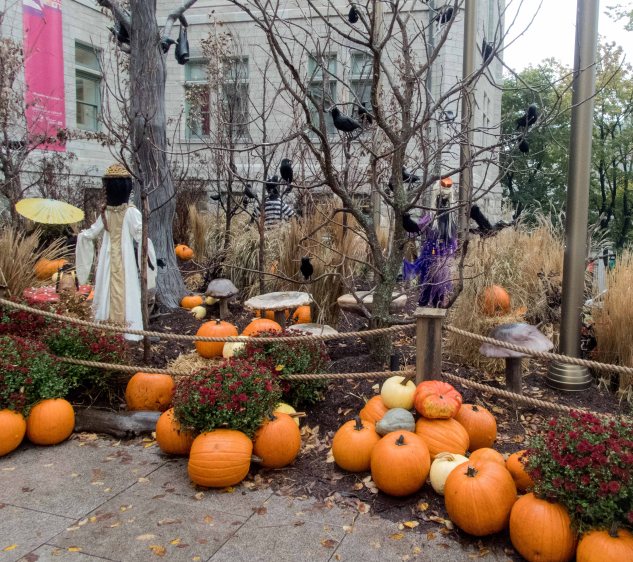 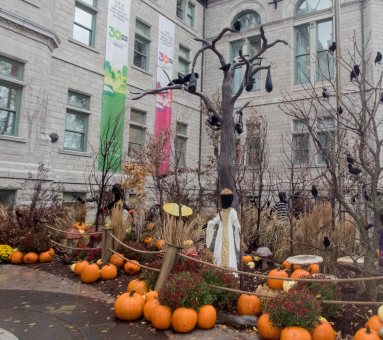 Notice all the birds in the tree 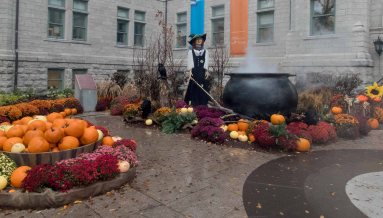 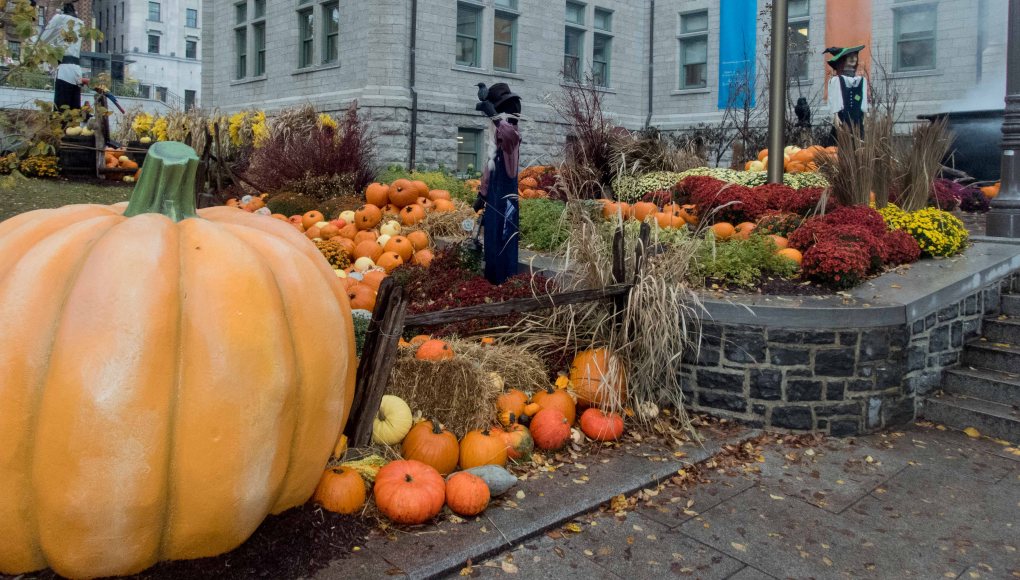 Safe and snug onboard, we had drinks in the lounge, then an excessively slow dinner in the dining room, more drinks with the show in the theater and finally toddled off to bed, stuffed, tired and woozy.  Another great day is coming up.