Let’s wrap this sucker up

We’re home.  Gail was feeling poorly the last 3 days of the trip, and we had no reason to stay in NYC for the planned two nights. Changing our flights home on short notice the weekend a hurricane hit Mexico had its issues, but flexibility won the day.  Instead of direct from Kennedy to SFO, we flew from La Guardia to O’Hare to San Jose. I would even have considered a flight to Sacramento if that’s what it took to get us home–it’s probably only another 30 minutes or less.

We made a stop in Boston, completely enjoying the JFK Presidential Library. He really was a force of nature, achieving so much in so little time. There were displays talking about the Peace Corps, the missile crisis, his work on civil rights, the effect Jackie had on fashion and style, the space program and finally a brief story of his tragic death.  Do not go to Boston without seeing this.

The whimsical building of the Harvard Lampoon

Onomatopoeia normally refers to sound, but this building seems to exhibit it visually.  I’m impressed.

We walked to Harvard Yard, but it didn’t do anything for me.  Just a square, not as nice as the quad at UC Davis.   The big deal is the statue of “founder” Mr. Harvard.  Except he didn’t found the place, and the statue depicts an available student, since nobody knows what Mr. Harvard might have looked like.  I was not impressed.

It was a good thing I had reserves of impressedness, because the next stop was Newport, RI, there to see the “cottages” of the very very rich of the 1890’s.  These vast mansions were only used for the “season”–July 4 to Labor Day, by people who had homes on Park Avenue, Long Island, South Carolina and perhaps London.  In an era of no taxes and few laws, the wealthy were in a world no longer imaginable.

We toured the Breakers, the home of Cornelius Vanderbilt Jr. The first home burned down, so he built another in the miracle time of 2 years.  It’s the kind of place William Randolph Hearst would have considered a bit over the top.  I’d love to bring you a multitude of carefully composed photos, but they prohibit photography, with the lie that it is for the preservation of the building. They don’t allow photos because it keeps the crowds moving faster and sells more books.

I snuck as many shots as I could, until a woman came up and told me they had me on the surveillance cameras and I had to stop or leave. 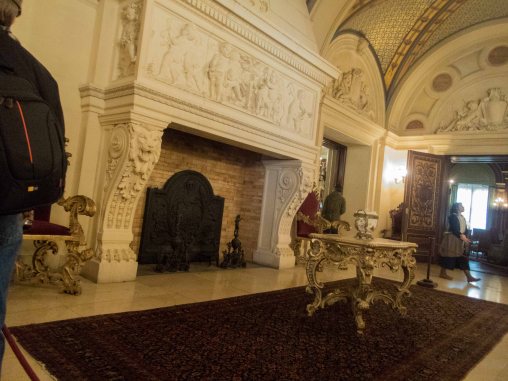 Just another fireplace in a hallway 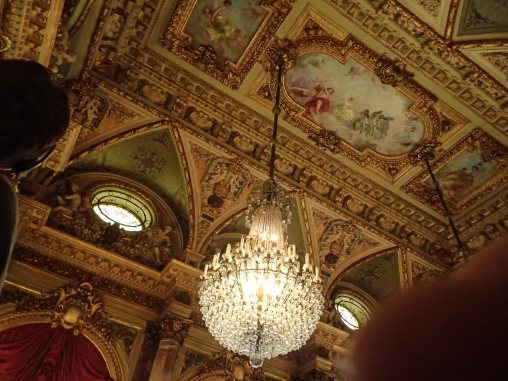 The house was really 2 houses in one, with many passages so the 40 person staff could move noiselessly and unseen. There were 2 complete plumbing systems done by the team at http://plumberranchocucamonga.us, so you could bathe in salt or fresh water. This was a lifestyle that will never be again.

Nearby, was the mansion of Corny Vanderbilt’s brother, named Marble House because it was constructed from 500,000 cubic feet of marble.  It cost over $11,000,000 in 1892, which would be more than $1 Billion today.  And was used for just a few weeks a year.  The youngest son here was Harold S. Vanderbilt, the creator of modern contract bridge, although he was better known for his involvement in the America’s Cup yacht races.

Next door was the home of Mrs. Astor.  It has recently been purchased by Larry Ellison, founder of Oracle, and is in the midst of a complete rehab. 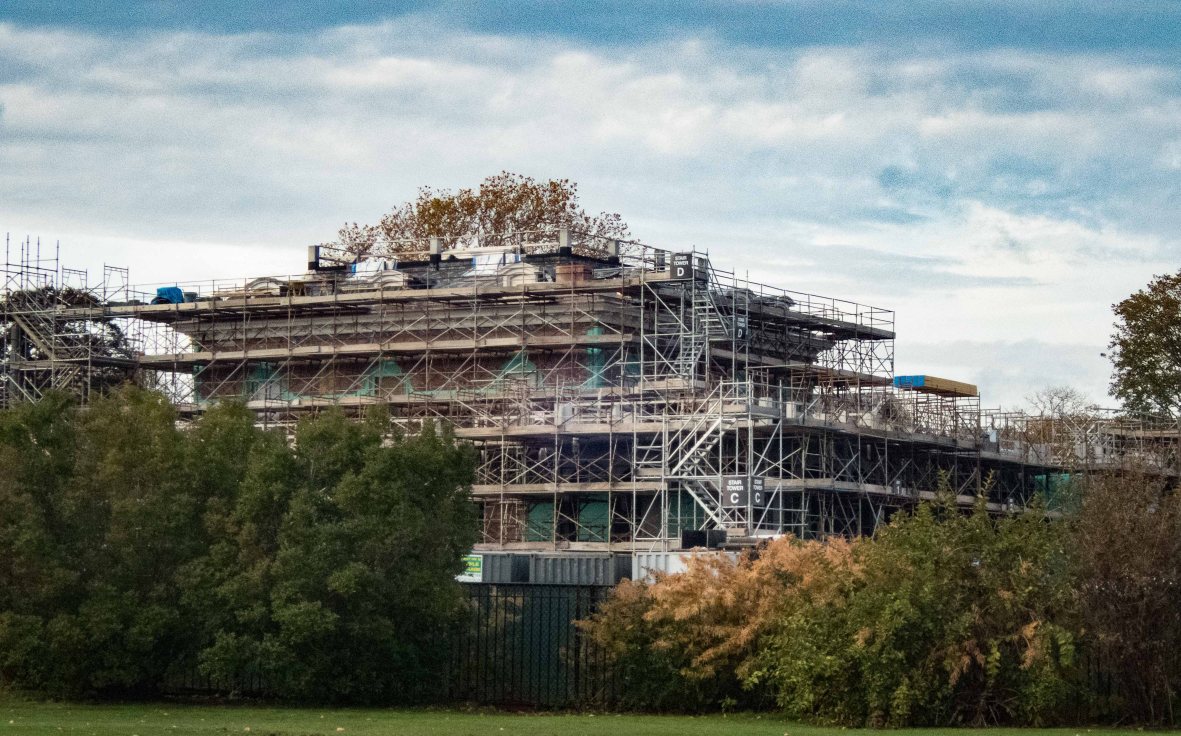 There were dozens of these “cottages”, sitting cheek by jowl along the shore in a display of conspicuous consumption that would make Rodeo Drive blush.  This is from the back yard of Marble House across the inlet:

Many of the large homes have been demolished due to the immense cost of upkeep and operation, many of the remainder have been cut up into elegant condos.  It’s just a breathtaking drive.

Seems like I should have at least on photo of the Silver Whisper so you can see where we were roughing these last two weeks:

One last photo–stopped at a light in Newport, I notice that the street lamp was gas, not electric.  I don’t think I’ve ever seen a gas street light:

And that’s it.  We docked in New York, took a car to the airport and here we are for a month.  Susan Rowley gets here tomorrow, so there will be things happening.  Stay tuned.