When you have too much fun, you don’t have time to blog.  That’s what they call a first world problem. 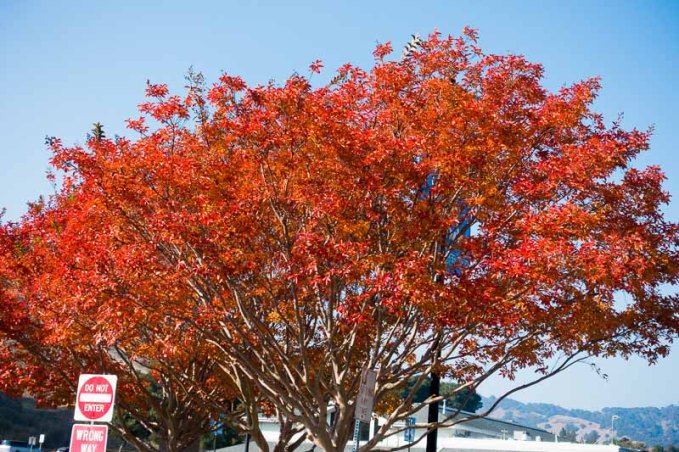 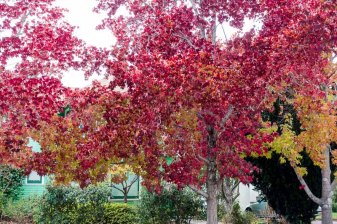 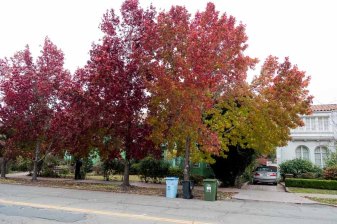 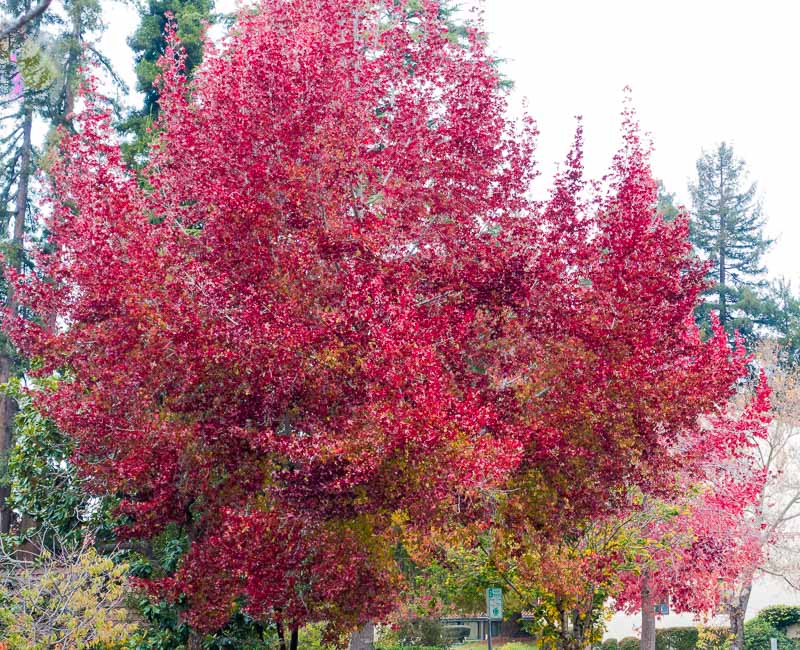 These are a few photos I took around Lafayette and Berkeley.  It isn’t necessary to go to the East coast for fall colors anymore.  When my family moved here 54 years ago, the trees were all indigenous pine or oak, and nothing much changed color.  But half a century of people intentionally planting colorful deciduous varieties has made a significant change in the local ecology, and fall now brings us as much color as we saw in Maine or Massachusetts.

Thanksgiving day we had lunch across the street at a place called World of Beer–if there was one near my buddy Don Mamula’s house, he might never leave.  The beer didn’t do anything for me, but I certainly enjoyed the appetizer we ordered: 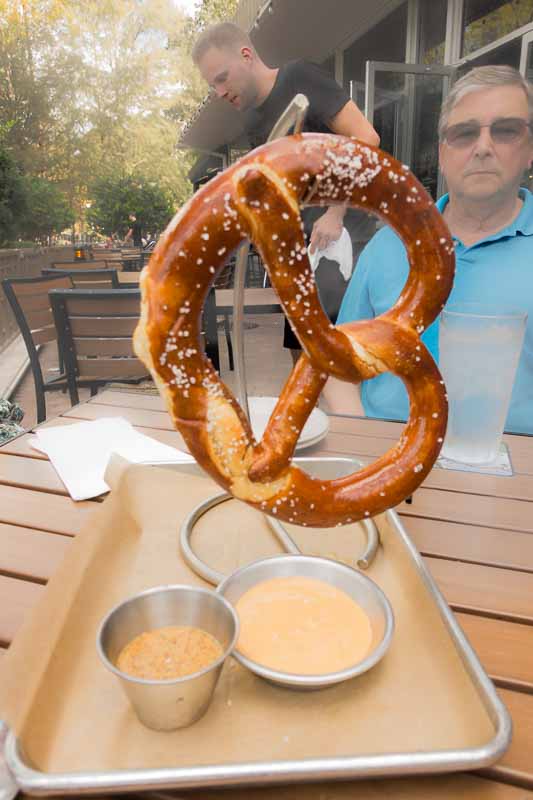 A pretzel four of us could share, with beer cheese and spicy mustard.

I wanted to show you my new adopted grandmother: 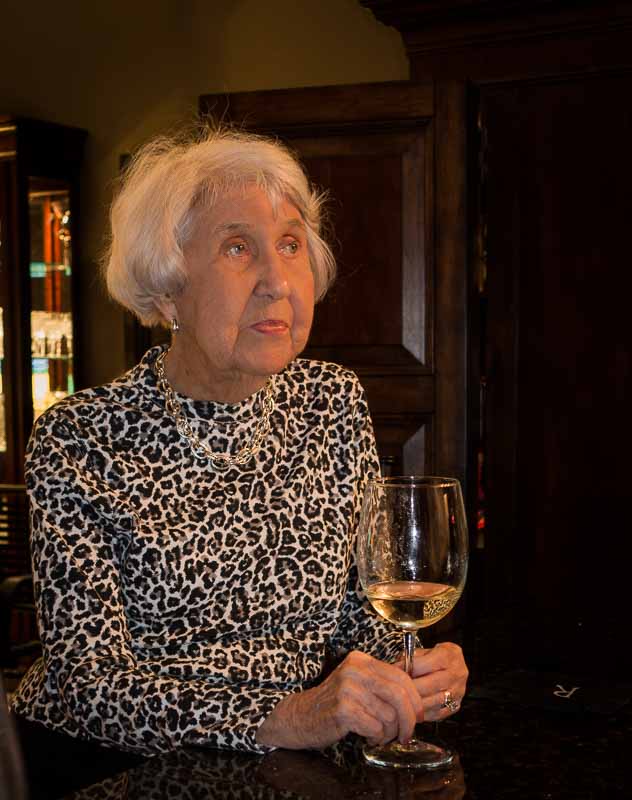 My father’s mother died before I was born, and mother’s mother passed when I was 5.  It’s nice to finally have a grandmother of my own.

Frances came to Thanksgiving dinner and hung out with us for quite a while, joining in all the frivolity that happens here. 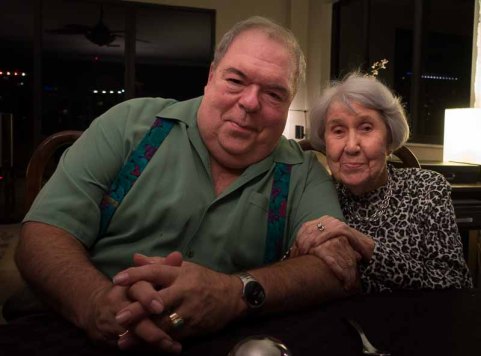 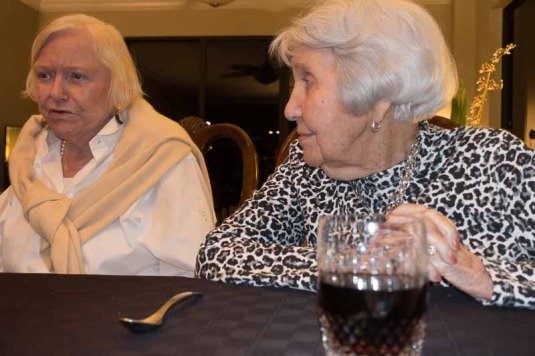 Although Karl has taken to serious gourmet cooking of late, Thanksgiving dinner is Susan’s responsibility, and she cranked out a classic dinner with military precision—I saw her schedule for what was going in or coming out of the oven the entire afternoon.  The turkey was “spatchcocked” which means you remove the backbone, break the breastbone and the whole thing lies flat like a tent without the poles.  It also cooks in 90 minutes.  You don’t stuff it; you make the dressing in a separate pan.  It worked like a champ, cooked right on time and we had a succulent bird to enjoy.

Dessert was a pumpkin pie and a peppermint pie with hot fudge sauce.  That’s an Oreo crust filled with peppermint ice cream drowned in melted chocolate.  It’s every bit as good as it sounds.

Shortly after dinner I entered a tryptophan coma, and now it’s Friday.  We went to the local bridge club today.  Gail and Susan played together, as best friends in the whole world should, and they found some poor local sap to carry me around the club all afternoon.

And that’s my winter vacation so far.  Not a bit of shopping.  It’s almost un-American, but who needs to stand in line for hours to buy something you probably don’t need anyway?