After the art opening, we walked three doors up Grand Avenue to Ikaros, a Greek restaurant doing a very good business on Saturday night.  Fortunately, we had a reservation and were quickly seated.  This place is in the same block as the Grand Lake Theater, so parking can be a hassle but there is a lot to do in the neighborhood.

We started with the dolmades, stuffed grape leaves. You probably know them as dolma.  Gail, from the Central Valley, associated them with Armenian food, but I think they are part of both Greek and Armenian culture. 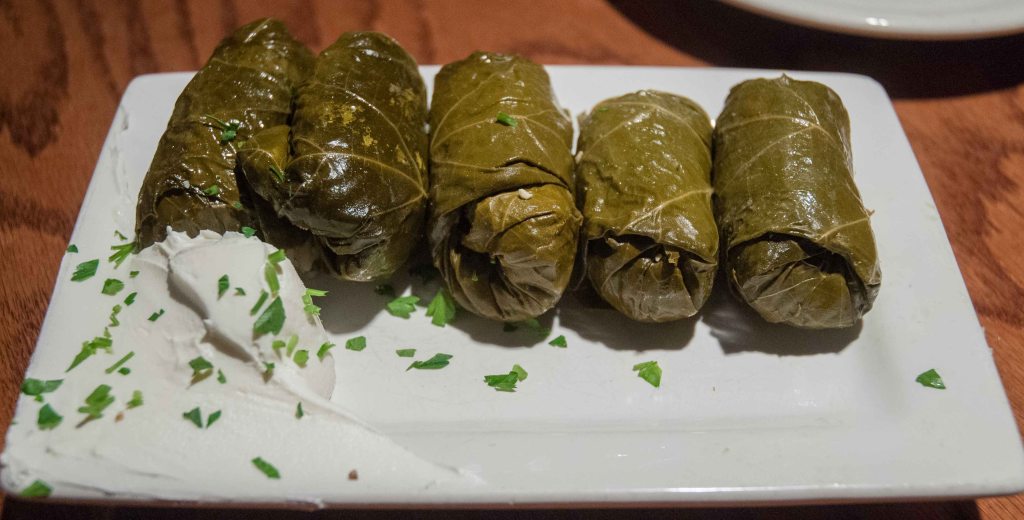 Gail and Keith both had the lamb souvlaki, skewer of grilled lamb served over rice.  Her portion was vast: we could easily have shared this dish. 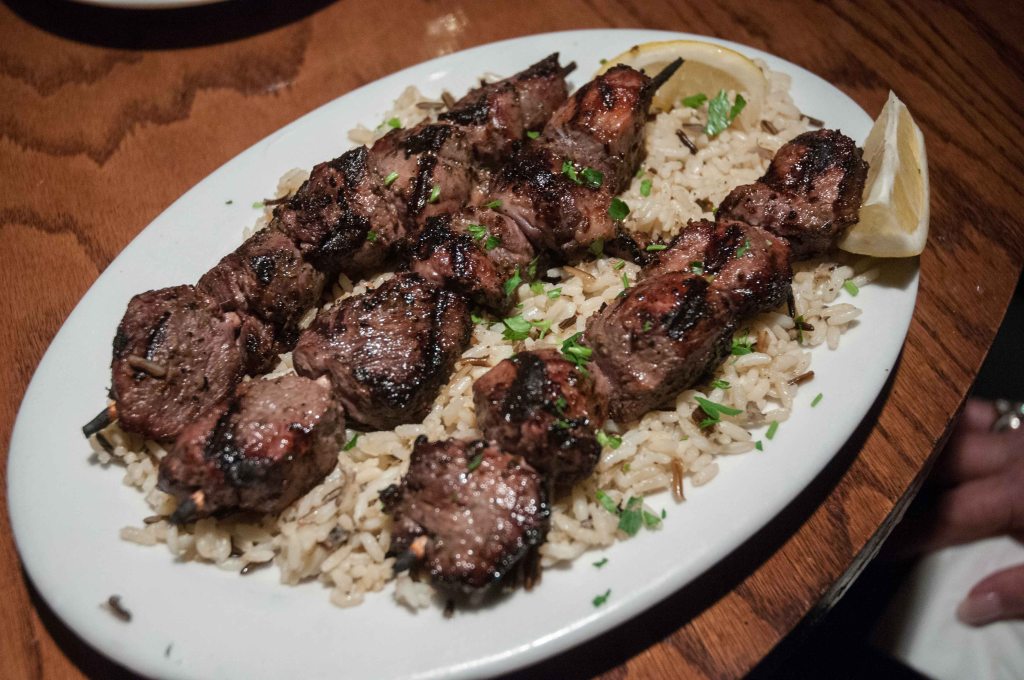 I had the salmon, which was pedestrian except for the Ikaros fries that accompanied a rather meager piece of overcooked fish and lukewarm steamed veggies.  The fries are pan-fried in olive oil, then topped with Greek cheese and oregano.  Phenomenal!

Prices are very reasonable, the service is prompt.  This isn’t a fancy place; they have paper napkins.  We enjoyed our dinner and I’d love to try their gyros for lunch one day. Give them a try.