Not a new tourist destination

It isn’t all fun and pickles.  This is Orlando, where 3 weeks ago there was a horrific mass shooting.  Today, Karl and I went to visit the site so I could share it with you. 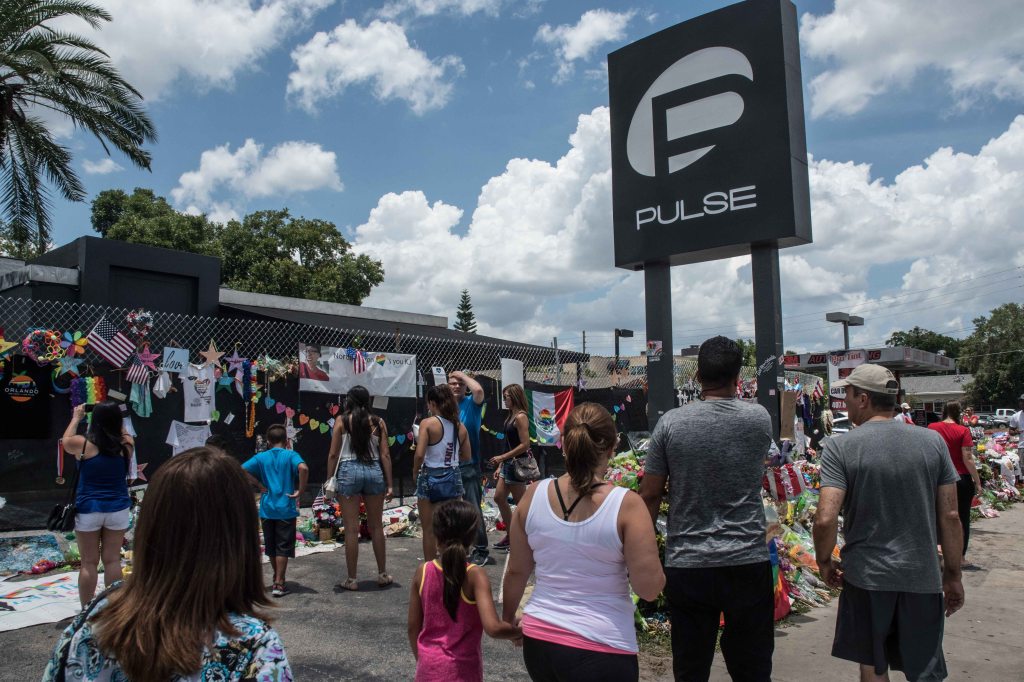 Dozens of people, thousands of remembrances.

The nightclub PULSE is on a major thoroughfare, which was closed for quite some time and now has a lane blocked off to permit visitors to the site access.  The entire building is surrounded by chain link fence and there is an area in front where people have left flowers, signs, posters, candles, pictures and a host of other memorabilia to honor the location where so many died for no reason.

There is a considerable police presence, including a police car parked right in the middle of everything with its engine running in the Orlando heat.  It seemed totally unnecessary given the reverent and respectful attitude of the people attending.  They were very good at parking issues, however.

These are a few of the things people have placed to show their love for the lost. 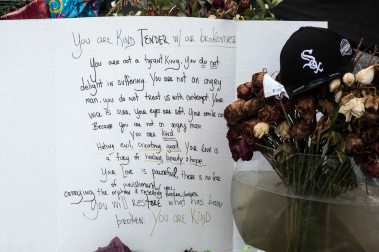 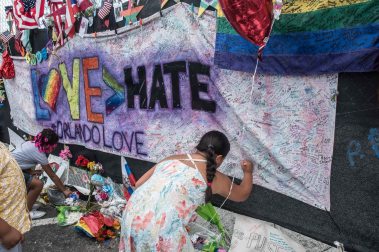 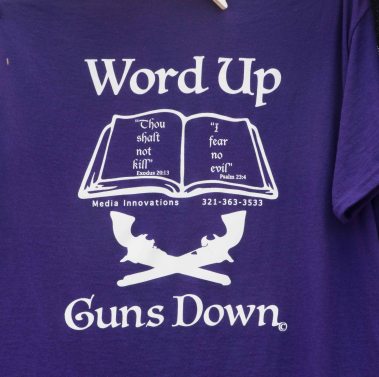 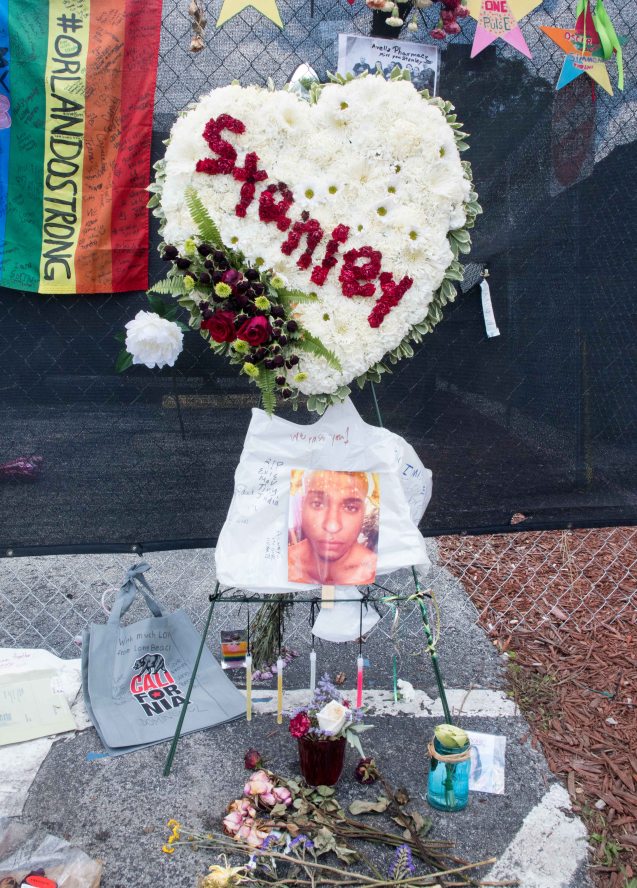 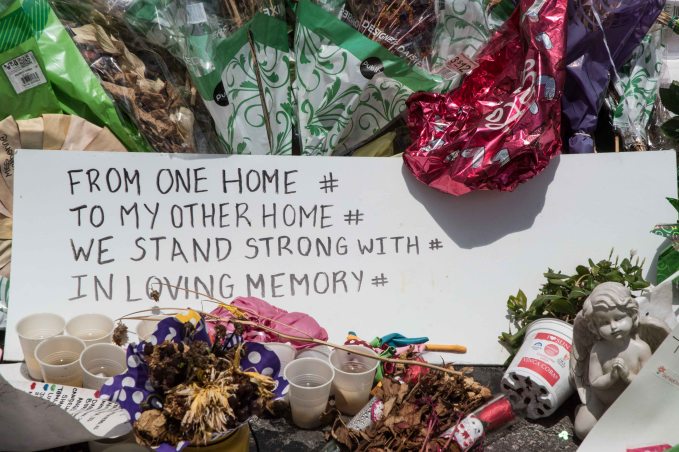 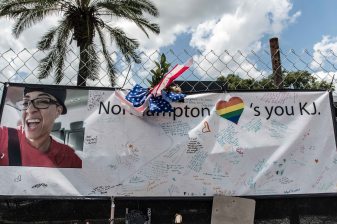 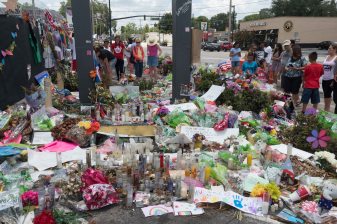 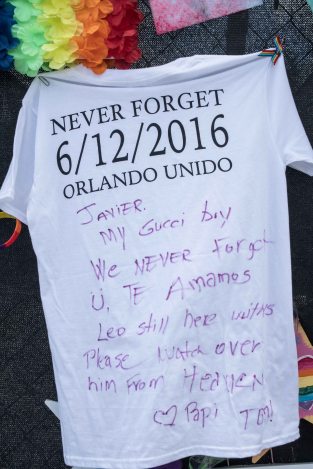 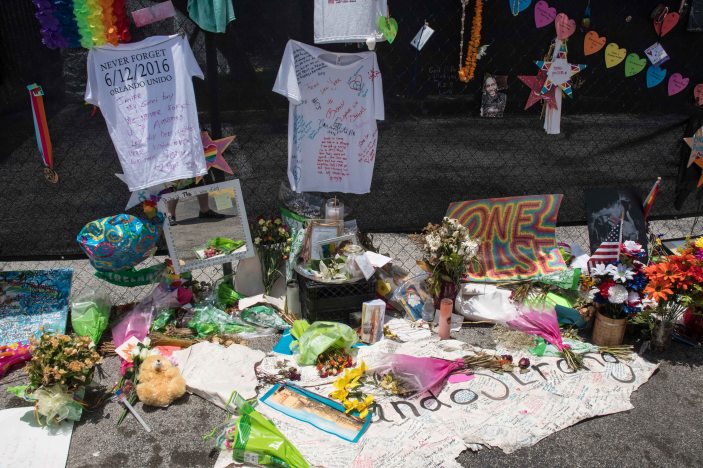 This isn’t just a local outpouring, either: 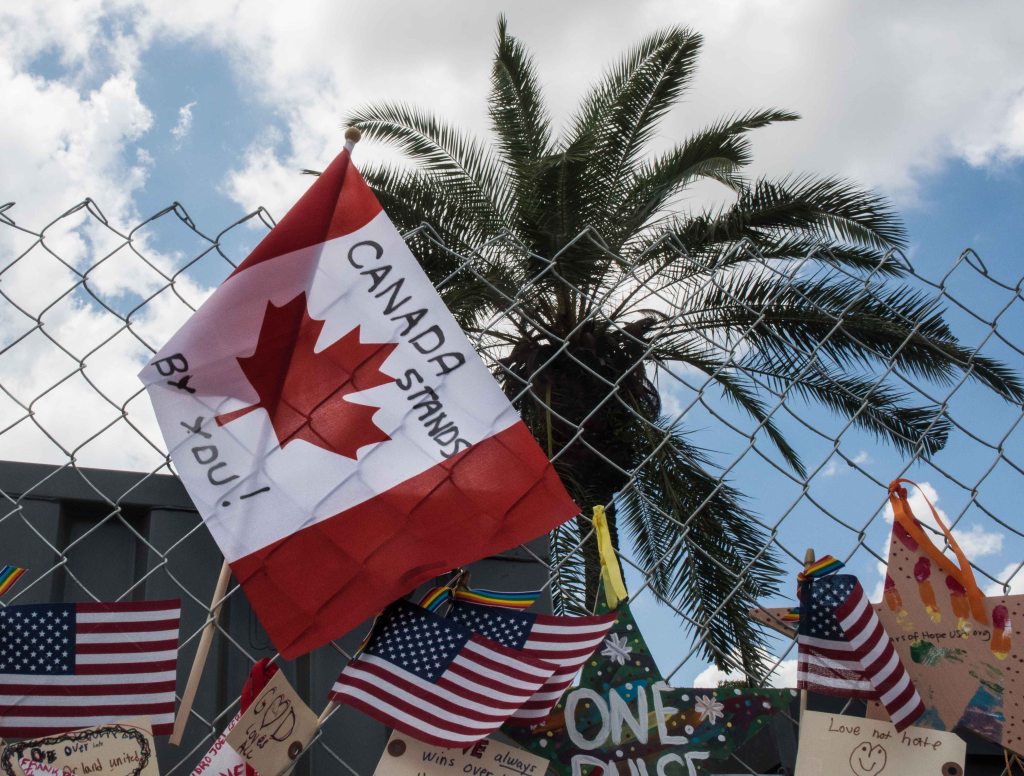 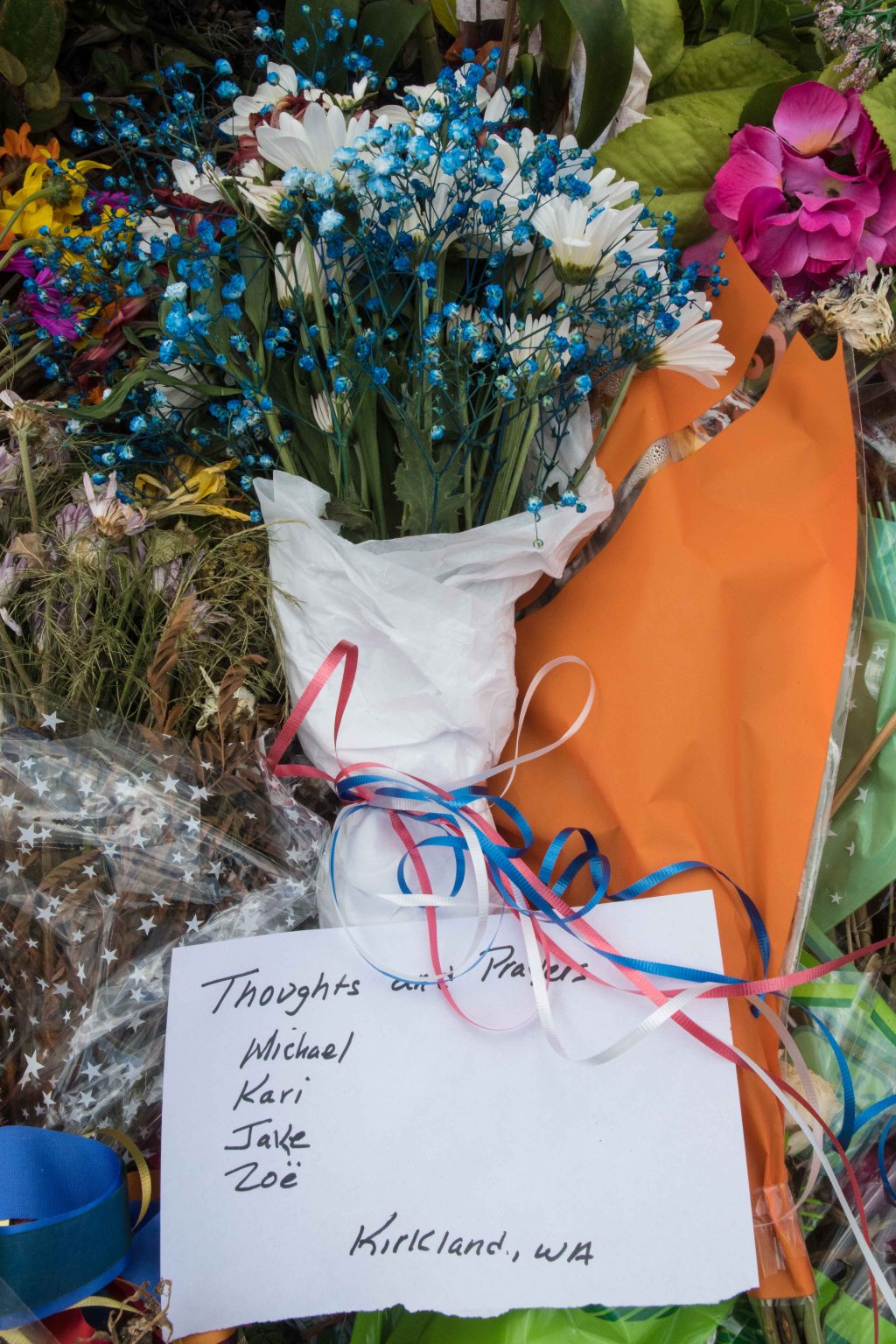 As with any large city, there are people of all political persuasions here.  Nonetheless, this one sentiment seems to be pretty much universal: 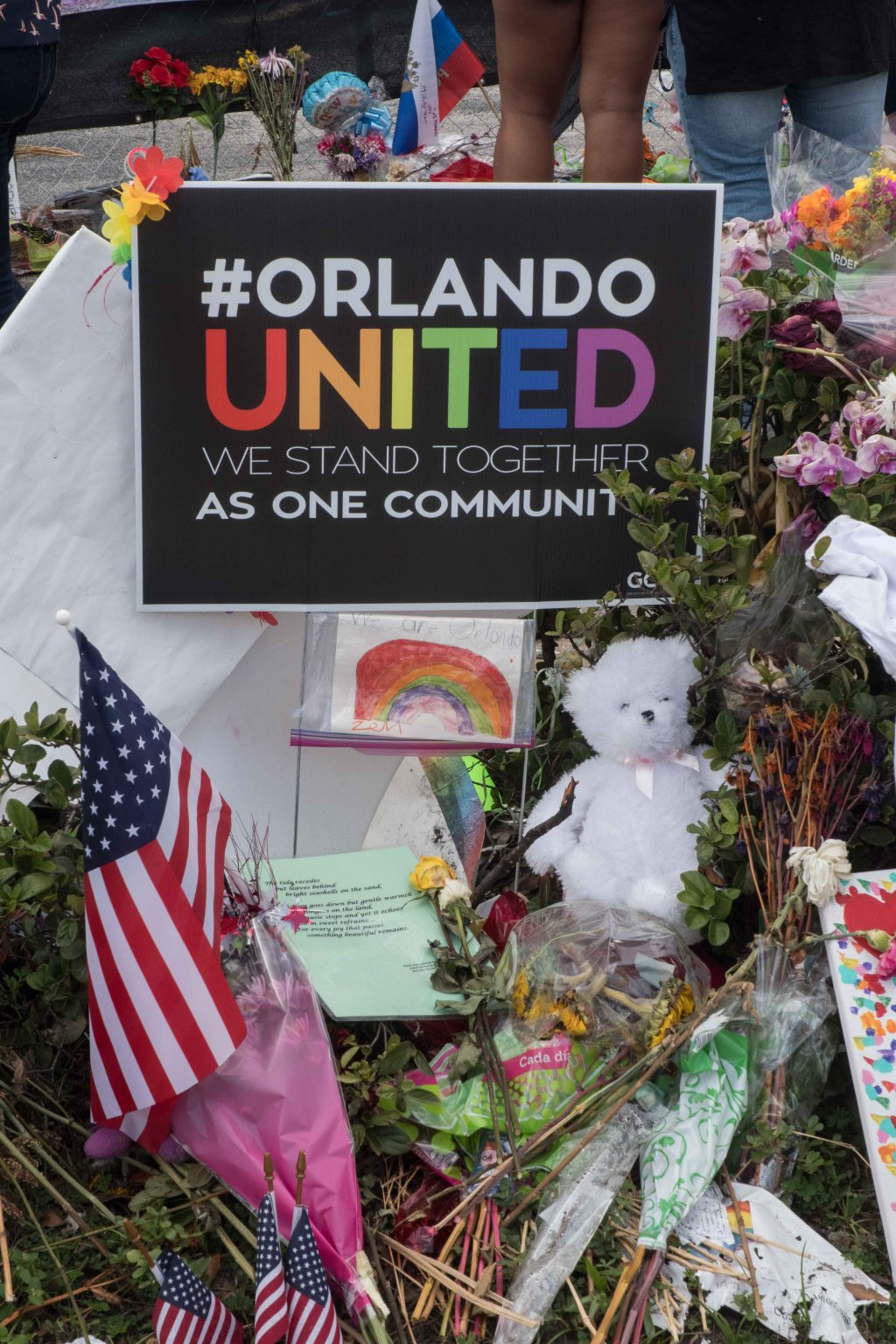 The people there were of all races and nationalities.  Gay and straight.  Quiet and reverent in a way I haven’t seen since I visited the AIDS quilt in the 90’s. 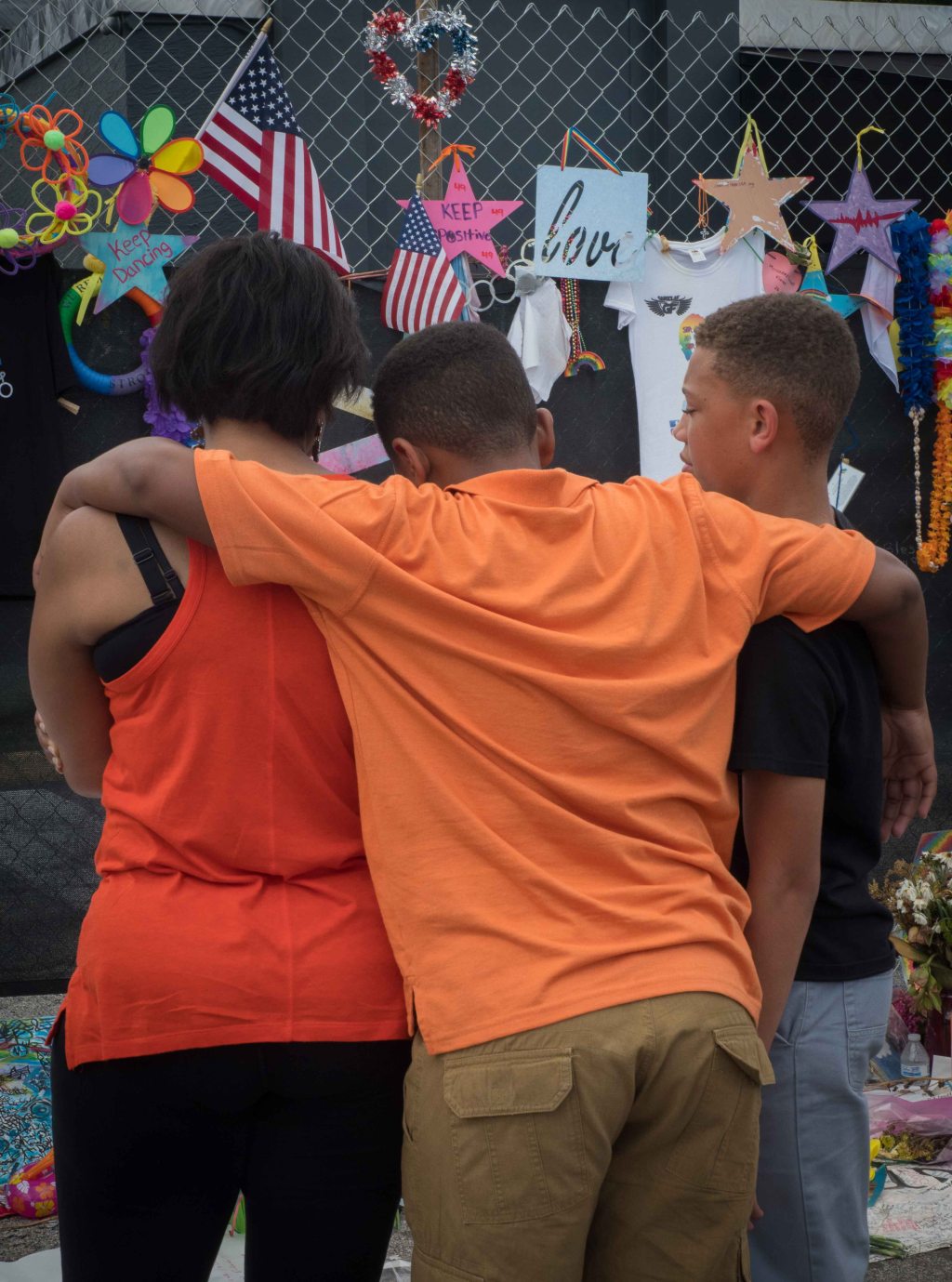 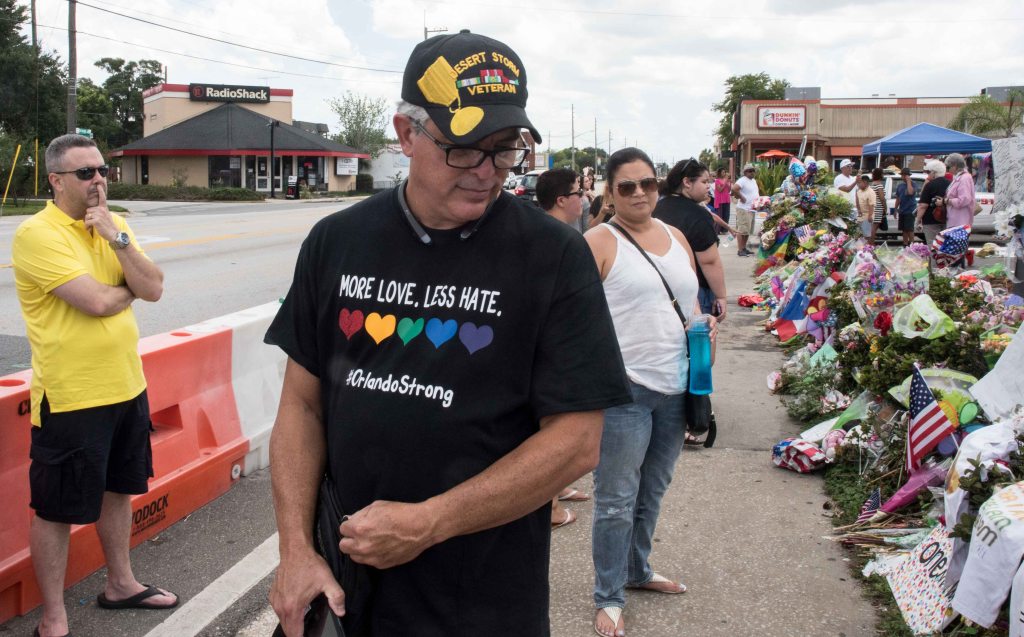 There have been so many items left at PULSE that many have been moved to the lawn in front of the new Dr. Phillips Performing Arts Center.  I went there to get a some photos: 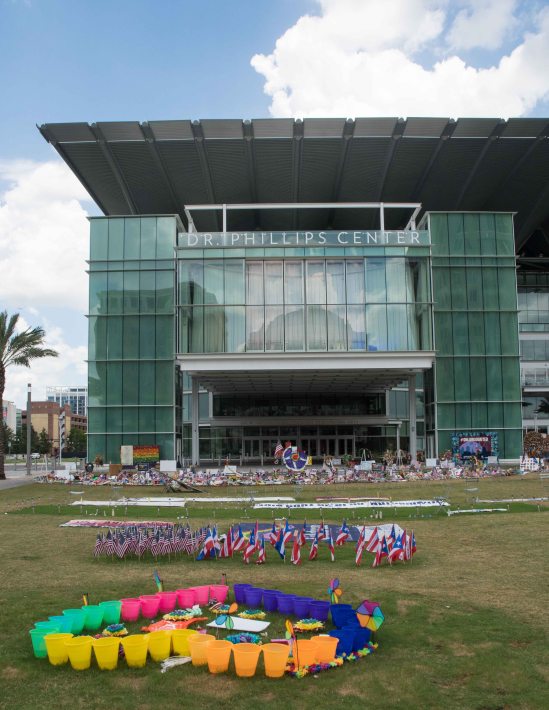 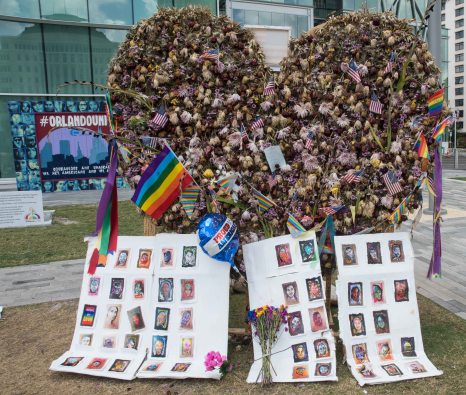 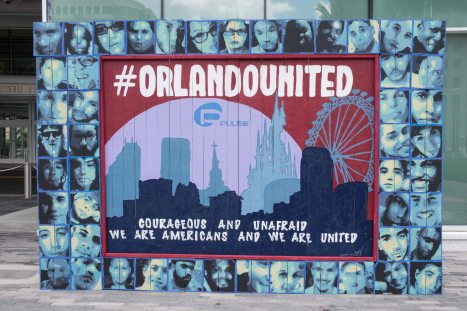 It’s easy to get all maudlin and significant when speaking of tragedy, but I’d rather be angry and exercised.  Is there any possible way anyone can explain to me how our esteemed Congress was able to vote NO on a bill to limit access to assault weaponry just days after this massacre?  What drugs do our legislators take to let them sleep at night, knowing they are complicit in the ongoing series of bloody rampages that have plagued our country?

We may never know what prompted the assassin to slaughter 49 people the night of June 12. Maybe it was religious fanaticism.  Maybe it was panic over his sexuality.  Maybe he was just nuts.  It doesn’t matter, 49 people will still be dead, 49 families will still be grieving.

The nation, though, will not.  Like the flowers below, the current outpouring of grief and concern, the politicians mealy-mouthed “thoughts and prayers”, will have wilted and shrunk, lost in the mists of time and overshadowed by the next mass shooting, which is sadly inevitable. 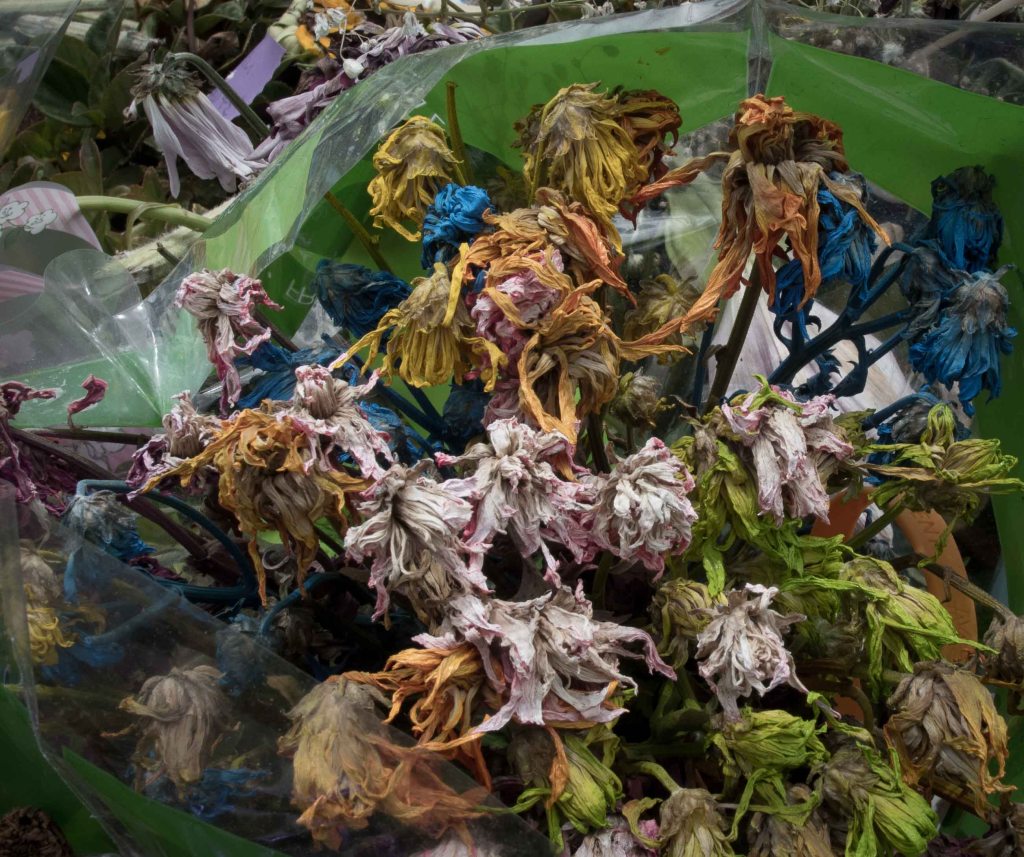 One thought on “Not a new tourist destination”