Again with the penguins

The essence of an Antarctic cruise–Fancy ship, penguins, ice floes and mountains.

There’s a timeless quality to this kind of trip.  You take the Zodiac ashore and see something, then go somewhere else that looks just the same and do it all over again.  That isn’t bad, you just fall into a rhythm of dressing for the shore, going ashore, looking at little black and white birds that can’t fly, coming back to the ship, getting out of your shore clothes, then doing it all over again.  And loving the entire process.

Our ship dwarfed by a bay, where ice calving off the glacier sounds like thunder.

There are small differences.  We saw three kinds of penguin. 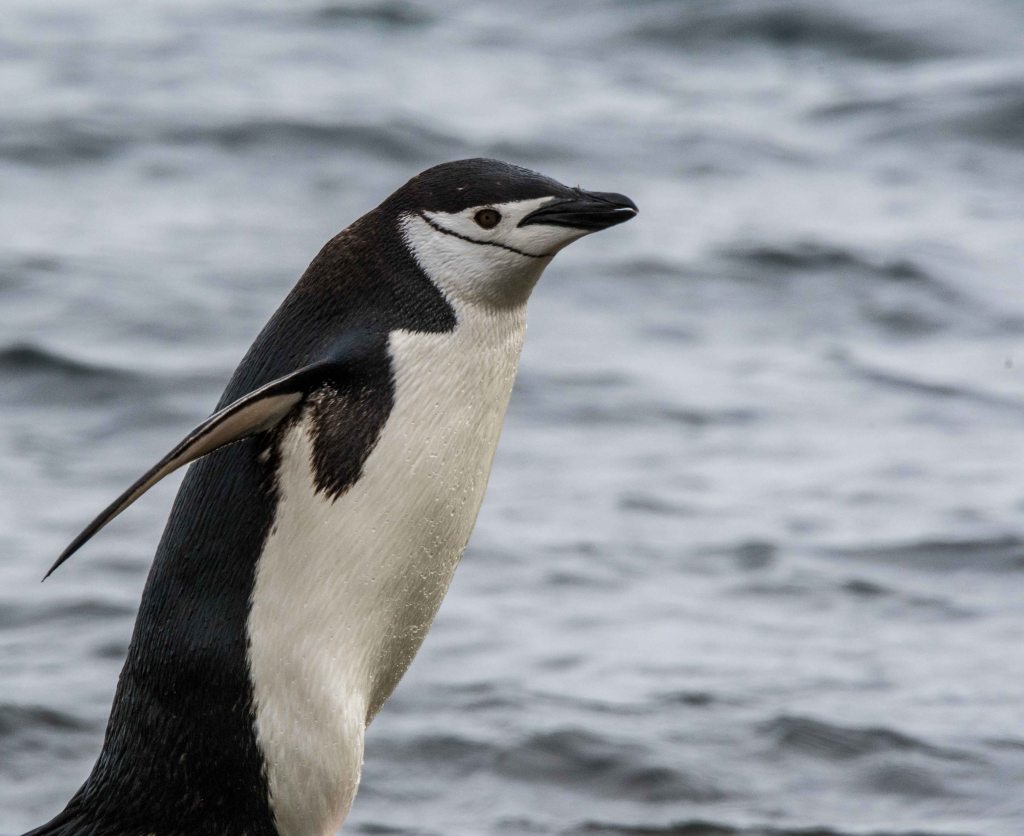 This is a chinstrap penguin, for obvious reasons. 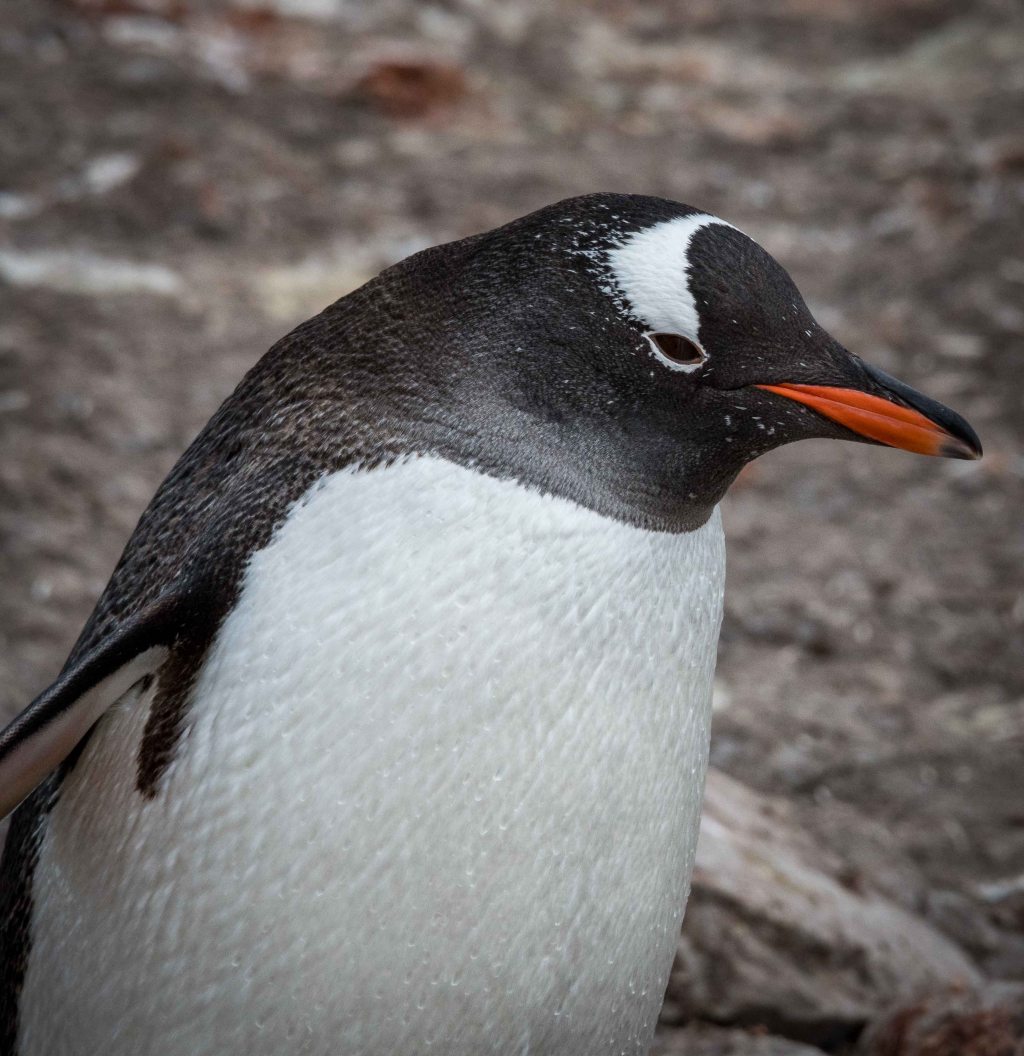 Here we have a gentu, about the same size but a little less black.

And that’s the biology lesson for today.  The Emperor penguins are much larger and more dramatic looking, but they live somewhere else and we didn’t get to see them.

It’s summer, so that’s when babies are born and raised.  Each pair of birds mates for life and raises two chicks, if the food supplies are sufficient.  These chicks were about 3 weeks old, 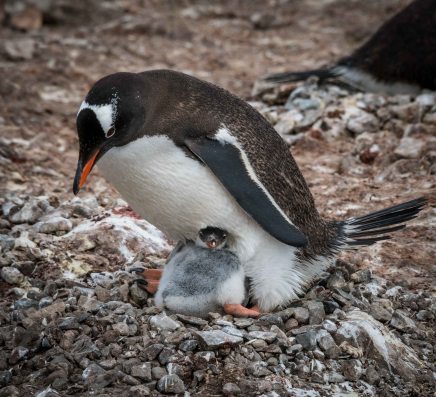 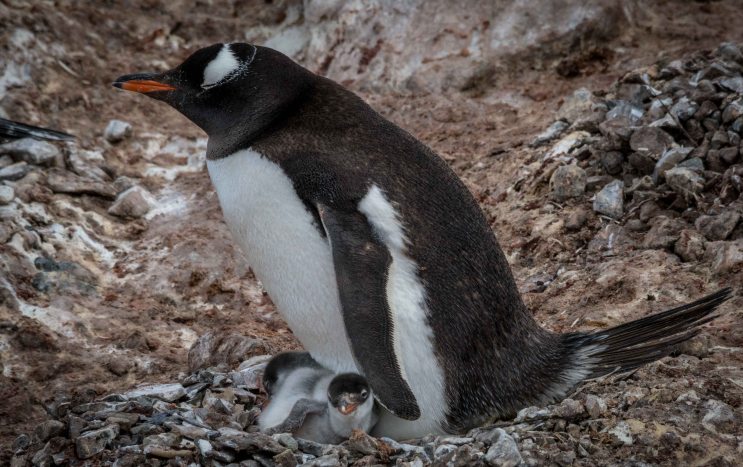 Gentu penguin on the Antarctic Peninsula

We were never onshore without our guides, who knew simply everything about the  birds, seals, whales, plants, geology, geography and everything else you can imagine.  They could answer any question I could come up with. 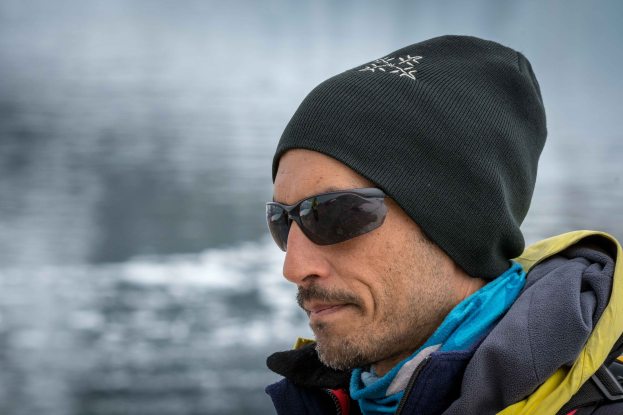 Rafael, the leader of the expedition guides

Christian, who knows everything about birds.

Some photos just present themselves.  This one barely looks real, like it had been set up in a studio in the 50’s when color film was new.

Then we sailed to Port Lockroy, a British outpost with a working post office.  People lined up to buy overpriced post cards printed in China and mail them to family who wouldn’t get them for 2 or 3 months.   The place was staffed with idealistic young people who were living on a tiny rock 10,000 miles from their home so they could sell souvenirs 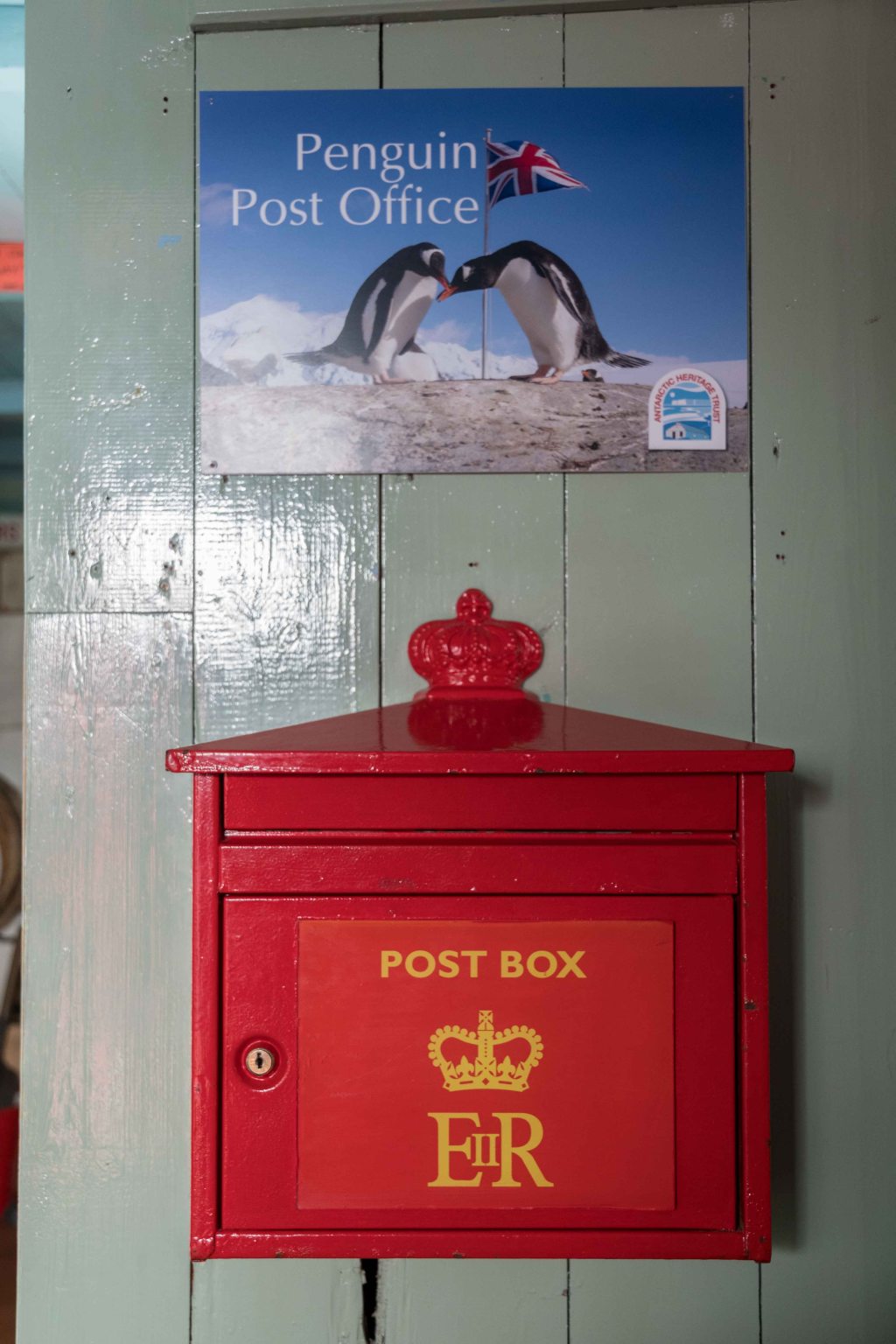 Port Lockroy dates from the time before people agreed that nobody would own the continent, and the UK though it would be wise to have a presence just in case ownership was an issue.  It’s marvelously well preserved, and a fascinating look back in time. 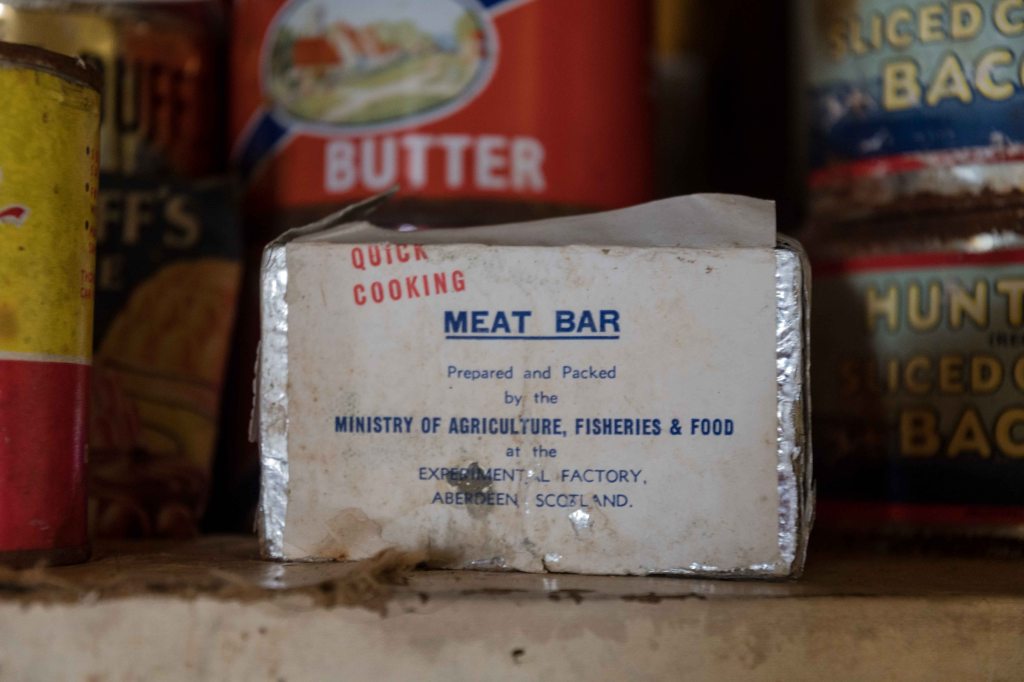 The men who lived there drew some of their favorite women to keep them company. 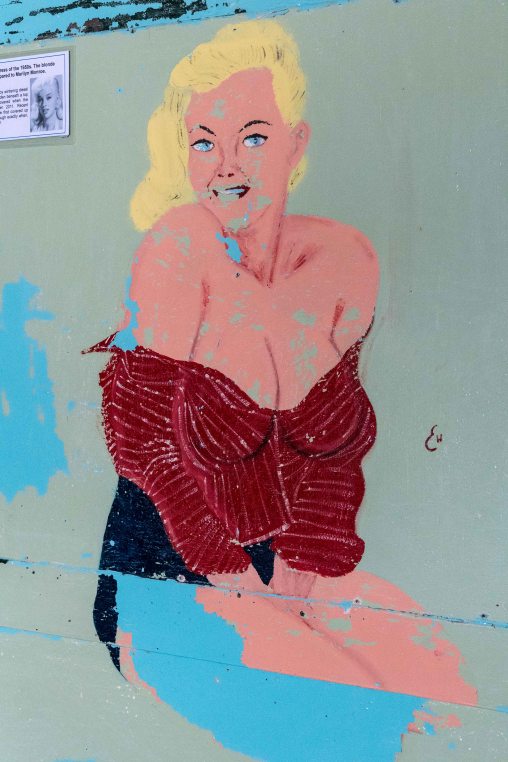 Of course, there were penguins. 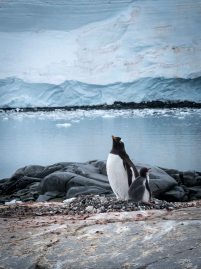 There has been some kind of settlement here since whaling days, and there are still chains and cables left from that time.

2 thoughts on “Again with the penguins”