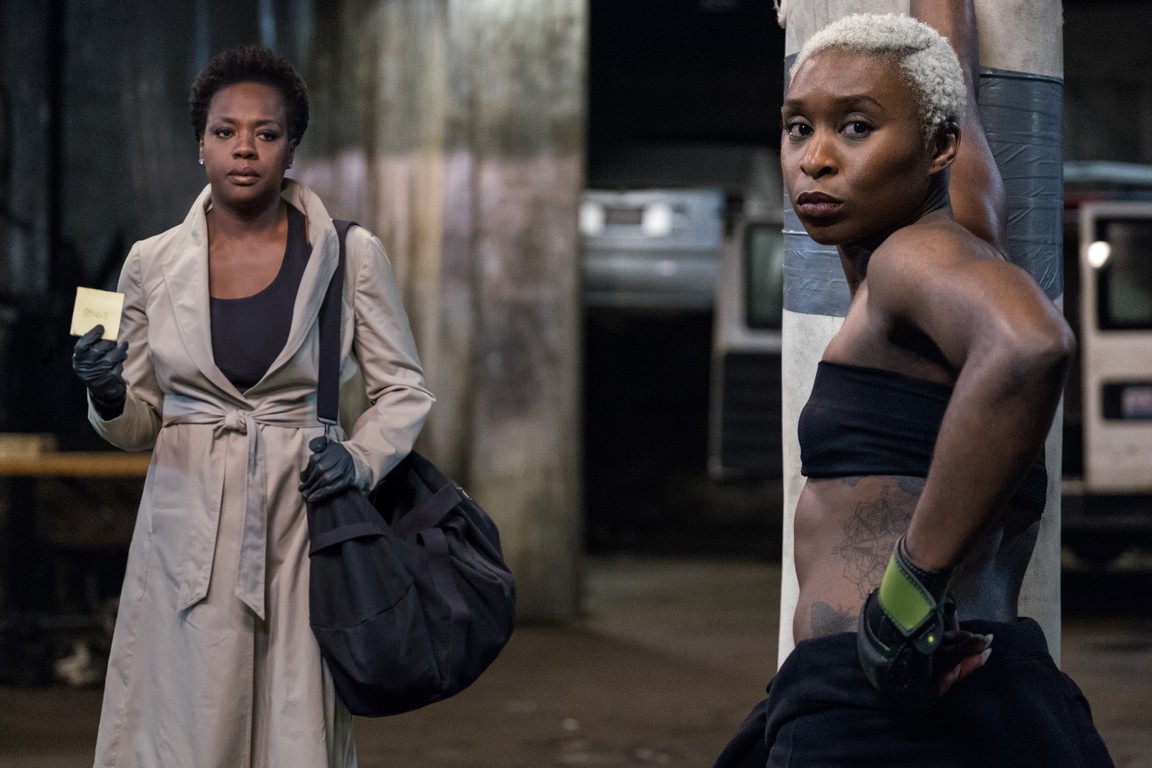 Harry Rawlins (Liam Neeson) is a mastermind criminal.  He plans his capers to the tiniest detail, and is greatly successful.

Until he isn’t, and the ‘job’ ends in a massive explosion and fire,  The whole gang goes up in flames.  Not only does this leave 4 grieving widows, it leaves a $2 million debt to a local crime boss/politician.  Said boss pays a visit to Harry’s widow, Veronica (Viola Davis) and tells her she has one month to pay the amount due.

Harry has left Veronica a legacy, though.  His notebook, with the exquisitely detailed plans for one more heist, one that will pay the debt and more.  Having no way out, Veronica contacts the wives of the other gang members and sets the plan in motion.

Widows is an action thriller, a caper movie, a mystery with a big twist and tone poem on women’s empowerment.  Director Steve McQueen (12 years a slave)  has created another excellent film that is perhaps more than the sum of its parts.  This movie got a 91 on the Tomatometer for good reason.

Viola Davis holds everything together by force of will, never smiling until the very end of the movie.  A strong supporting cast, including Robert Duvall, Michelle Rodriguez, Colin Farrell and Bryan Tyree Henry give Davis strong characters to work with/against.

The screenplay, by Steve McQueen and Gillian Flynn, is taut, tense and involving, going deeper than just the usual bang bang to show these women developing their own lives independent of their now late husbands.

Of course there are big twist at the end, but you’ll have to find them out for your self.

Micky and Linda recommended we see Widows, and told me that a third of the way through I wouldn’t have any idea of what was happening.  He was right, but that’s the joy of this kind of flick.

We saw Widows at the new Luxe theater in the Veranda Center.  Tickets in advance on Fandango, reserved seats and waiter service during the movie.  The sound system is great, albeit too darned loud.  The bar pours tiny shots, but that’s the worst thing I have to say. Give the place a try.