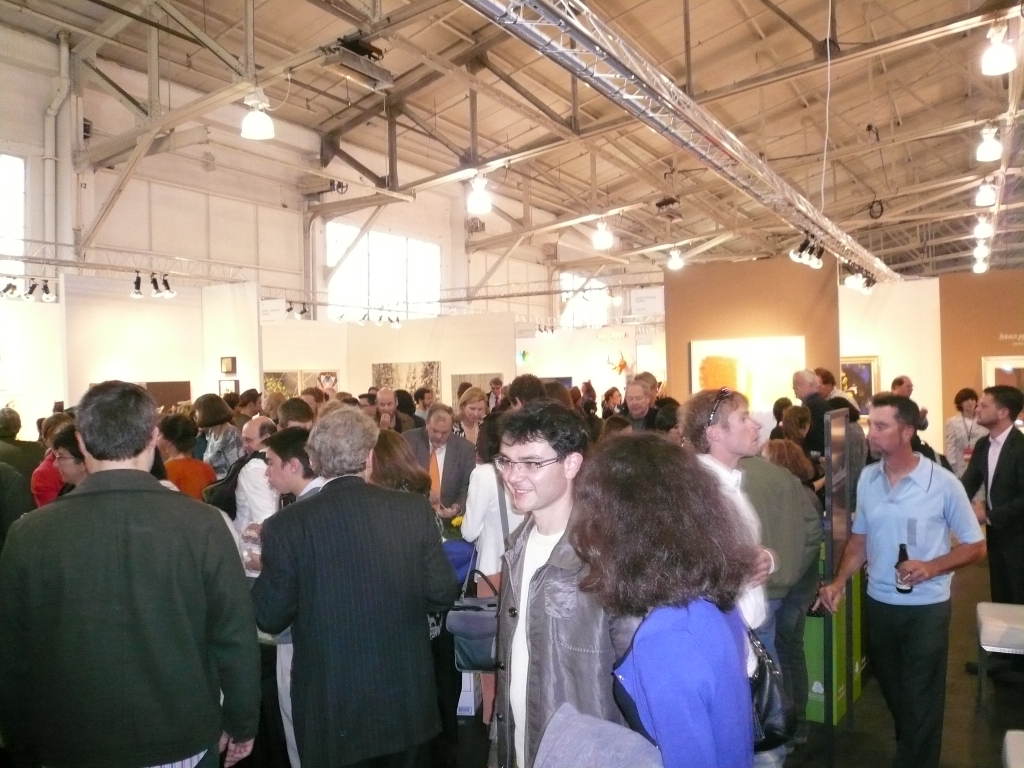 Quite the crowd at the fair, where the people watching was as good as the art.

Off to the San Francisco Fine Art Fair this evening, toting along our friends Nina Lyons and her husband, Ron.  She is a prolific artist whose work we have collected for years, he is a jazz trombonist.

The Fair is an amazing adventure: dozens of the art galleries from all over the world come to an exhibition hall at Fort Mason shipping their art so they can try to sell it to the massed throngs who crowd through the show.  I saw galleries from London, Berlin and Seoul, among others.  They rent a relatively small space, and try to fill it with their most salable merchandise.  Given the huge costs of travel and shipping, not to mention what they have to pay for their space, nobody is bringing any $100 art.

There is more to a show than just price tags, one would hope.  We saw so much truly desirable art, and there were things we wouldn’t have in the house on a bet, too.  But that’s the art business–there seems to be a market for just about anything somebody can create, from old master knockoffs to kitsch to abstracts to conceptual work.  Here are a few more: 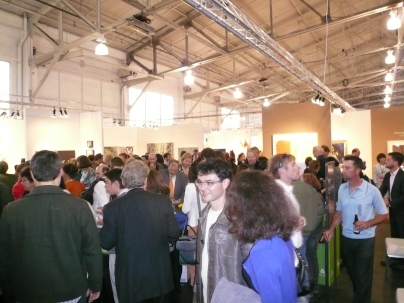 Quite the crowd at the fair, where the people watching was as good as the art. 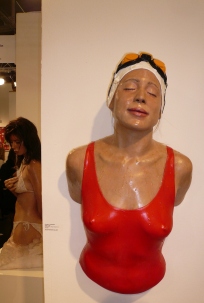 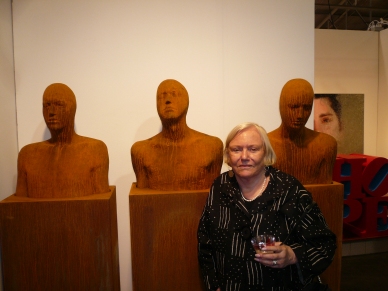 You get extra credit if these guys make you think of Capt. Christopher Pike.

Some art is subtle; some isn’t.

There’s always a market for big-eyed kids and cats.

I know that there is a ton of symbolism here. I just don’t know what it means.

This is as cool as cool can get.

I have no word.

A fair like this is about more than the art, at least to me.  The people watching here was fantastic.  I think many models segue into art sales after their careers end–it seems to be a requirement that every gallery employ at least on six-foot tall, drop-dead gorgeous woman who speaks two or three languages.

The crowd was a fascinating mix of artistes, the hip, the tragically un-hip, poseurs, arrivistes, old-money, new money, no money, wannabees, has beens and never-were’s. 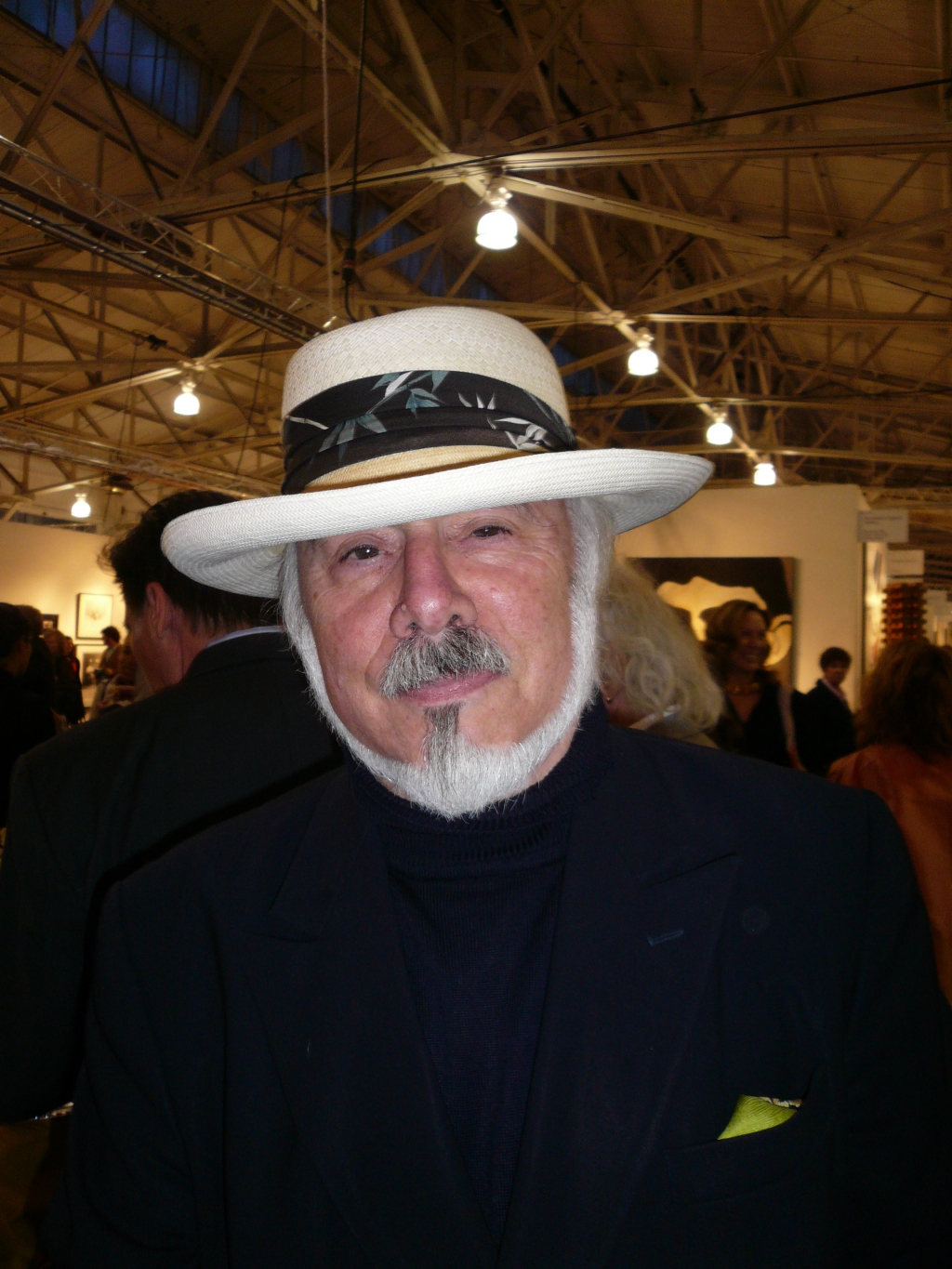 This is as cool as cool can get. 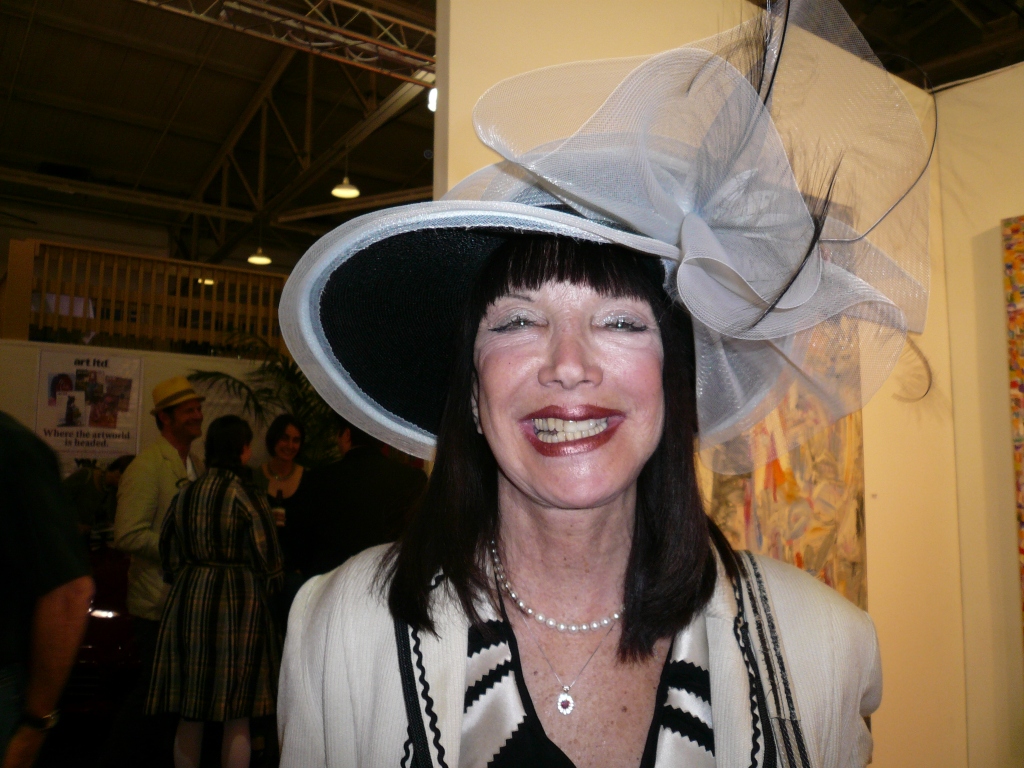 I have no words.

This was the preview night; the crowds were lighter than they will be on the weekend and the halls were still packed.  It’s quite an event, like going to a great museum where you can touch the art and often even talk to the artists themselves.   Admission is $20 at the door and $15 online, I think.  You can check at their website or just drive on out to Fort Mason.  I managed to get Gail home without buying anything, but we are thinking of going back on Saturday to hear a couple of the lectures they are offering in conjunction with the show.  We may end up with something new after all.