Monsters in my kitchen

Barbara Hanson is the president of my fan club, so it is my duty to help her in any way I can.  Since she’s my friend, too, it’s also my pleasure.

Barbara’s granddaughter’s birthday is tomorrow, and the party plans call for monster cupcakes.  When Gail first told me that I had volunteered to make them, I thought that this meant really big cupcakes–kind of like cakes, but that didn’t really make a lot of sense, so I didn’t get it.

Then they explained that I was making cupcakes decorated like monsters, and handed me print outs from Google to give me direction.  Gail and Barbara are always very helpful in the things I am supposed to do.

So I bought a cake mix and plenty of decorating stuff, but the really good fortune was that BJ Ledgerwood was coming over for dinner, and could be impressed into service.  She’s a much better cook than I am, and fantastic at cake and cupcake decorating.

So we mixed and stirred and painted and frosted and sculpted all evening. 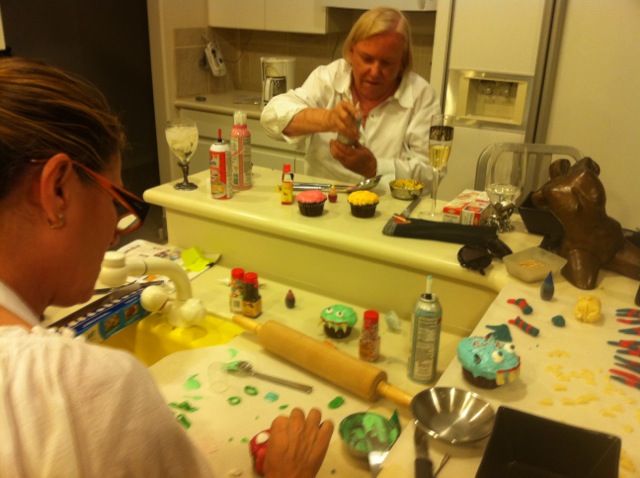 Frosting and decorating in a frenzy

Thinking about the next step 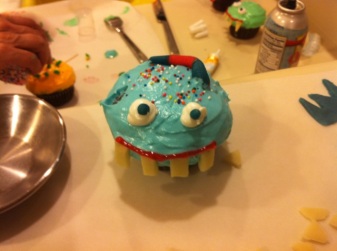 Some monsters are cuter than others 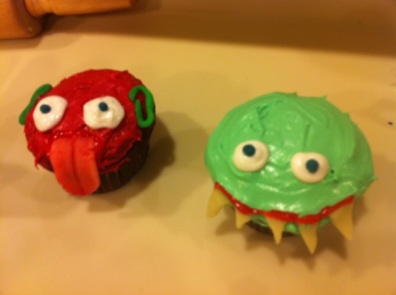 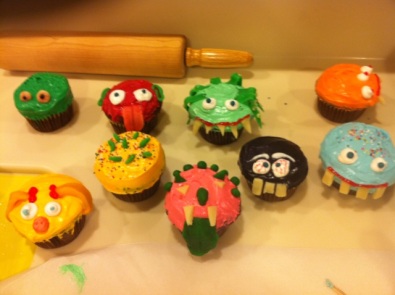 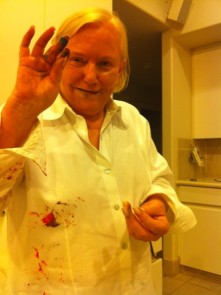 We really had a great time creating.

Then we called Barbara to see where/when to deliver.  She was surprised.  The birthday is tomorrow, the party is October 16th.