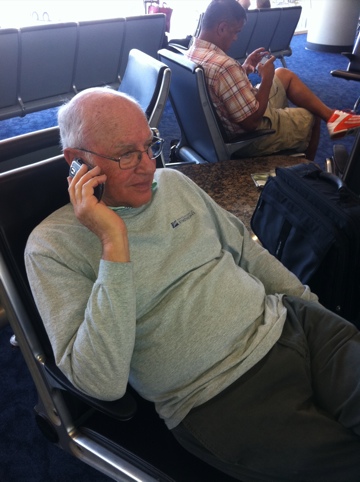 We’re done with Gatlinburg for this year and on our way home, passing through DFW for the fifth time in five weeks.

Our team played in the A/X Swiss yesterday, and placed 4th. That brings our masterpoint total up to about 67 for the week–a pretty good haul, if far from the team record.

Mike and I left after the first four matches and headed to Oak Ridge, where we wanted to see the Museum of Science and Energy, dedicated to the WW II project that produced the uranium for the atomic bomb.

The depth of my own ignorance constantly amazes me. I had no idea how large an effort the US made. On raw farmland hastily pre-emptied from its owners, an entire city employing and housing 75000 people was constructed, with a main building larger than the Pentagon. And all in secrecy– it showed up on no maps.

After our hour in the museum, it was just back to the airport hotel, a quiet dinner, bridgebase with Gail (not adding to the week’s success, sadly) and on the way home today. I’m looking forward to meeting my new chickens and sleeping in my own bed.