I ate mushrooms. I didn’t die. Yet.

Okay, so everybody knows by know that I don’t like mushrooms.  Not the sight, smell, taste or texture of the miserable fungi.  Some people try to get me to eat them by saying they have not taste–then why bother with them?  Lisa thought it would be persuasive to tell me that taste like the earth–but I stopped eating dirt before I was 2, so that wasn’t persuasive.

There is one type of ‘shroom that I can tolerate–the chanterelle, a little quirk that came in handy tonight because we had dinner at Greens, at Fort Mason in the City, and it’s a vegetarian/vegan restaurant so having the rib eye was out of the question.

Greens was founded in 1979 by the San Francisco Zen Center, which also maintains Green Gulch Farms in the Marin headlands to provide fresh, organic produce to the restaurant.

Here’s the good news:  the food is good, and clean, and healthy. 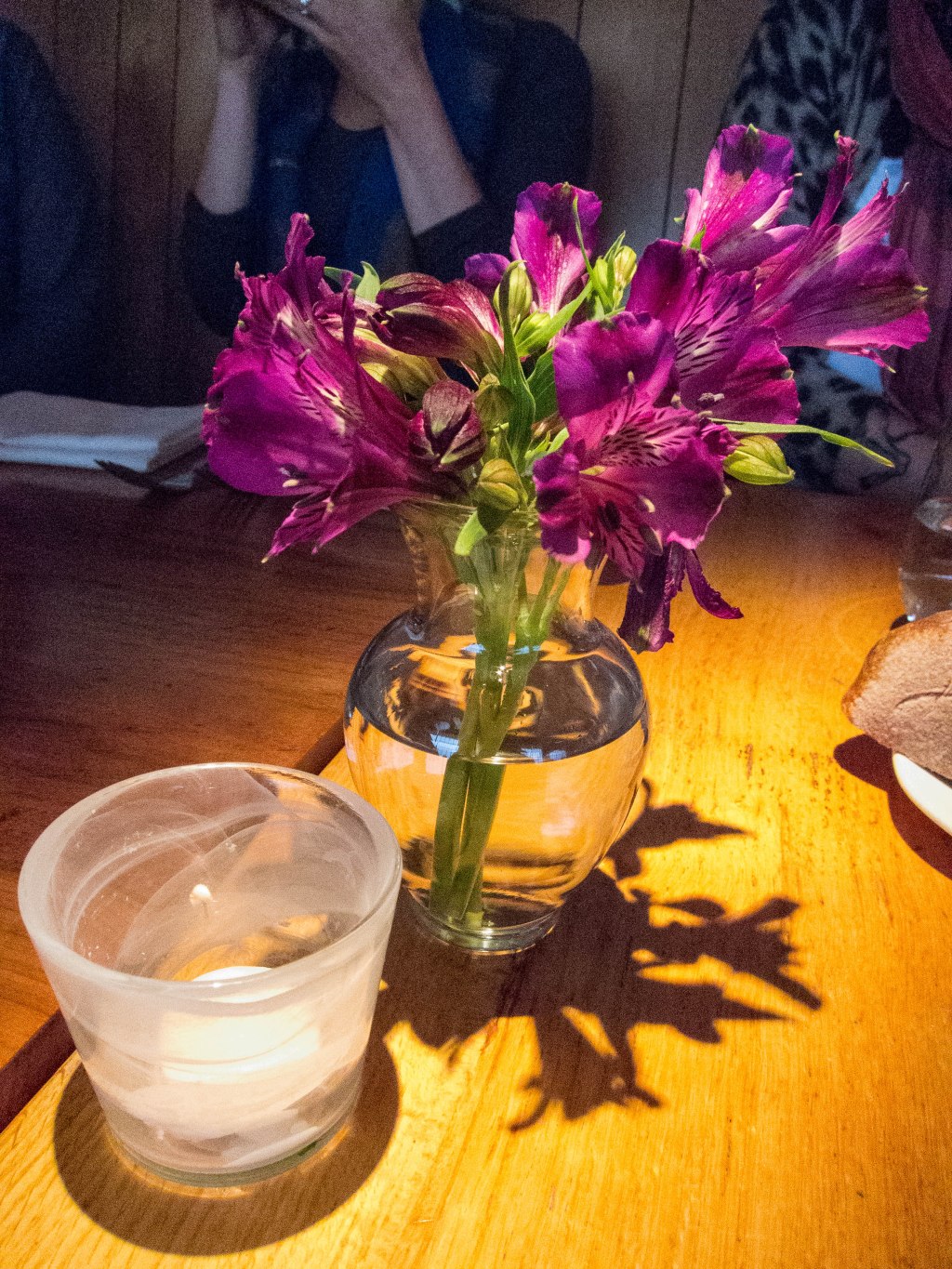 Nice table setting, but it’s better because I found some light. Greens is lovely, but the ‘dramatic’ lighting leaves an awful lot of dark around.

I can’t pass up tomatoes and mozzarella–if it comes with burrata, so much the better.

We don’t eat much pizza. When you own a pizza parlor it’s easy to get overloaded.  The one Greens serves is a worthy exception to the rule. 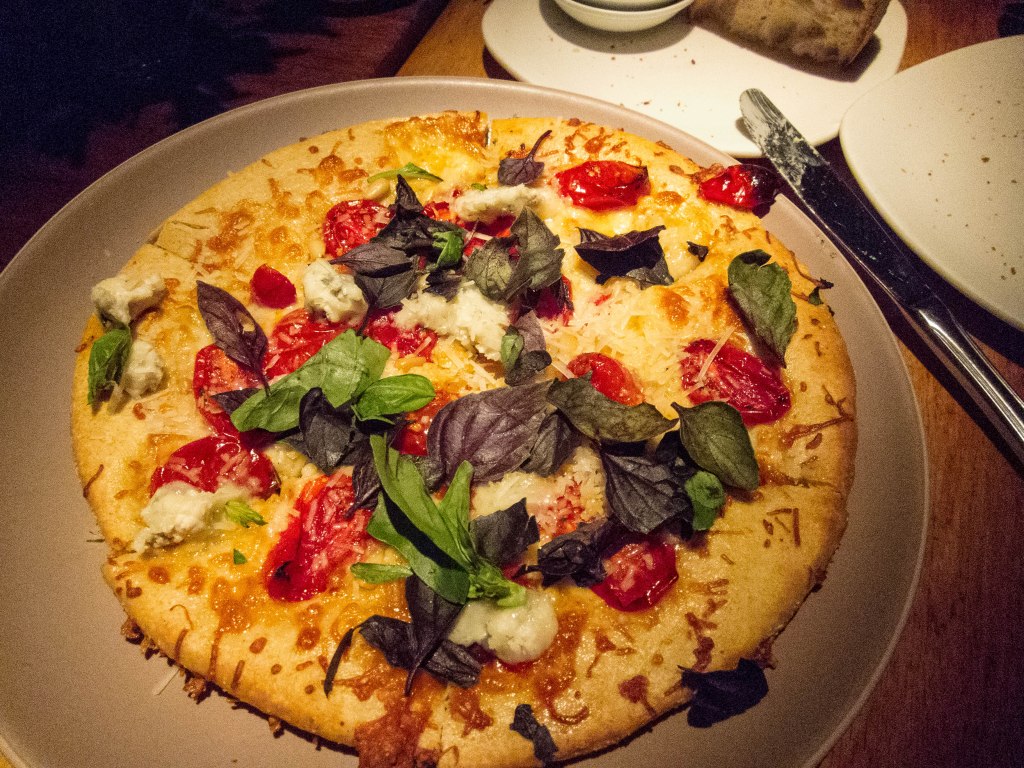 Pizza Margherita for the gourmet set

Here’s where the mushrooms come into play–I ordered the linguine, which comes with chantarelles.  Bravely risking my life and liver, I dove in and enjoyed the meal.  Fresh corn, fresh tomatoes, fresh basil, wonderful eggy linguine, a few strange fungus, it was a delightful.

No, I won’t be changing my mind on mushrooms in general, but I’d order this dish again.

The dreaded mushrooms in my excellent plate of linguine.

Go out to dinner with two grand-daughters and you’ll be ordering dessert for certain.

Before Greens, the few vegetarian establishments were far from gourmet.  Greens has raised the bar, and still remains perhaps the best vegetarian/vegan restaurant in the country.  You can have an excellent meal without meat, and (so far at least) the mushrooms won’t kill you.