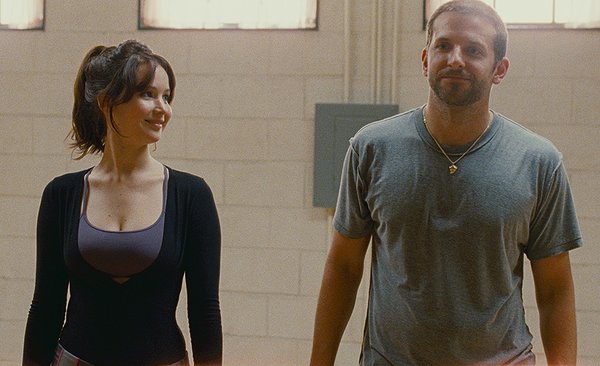 My ears are tired.

Gail and I just got home from watching Silver Linings Playbook, which was nominated for Best Picture last year, and for which Jennifer Lawrence won Best Actress.  There was too much shouting, too much everyone-talking-at-once, too damned much noise to be enjoyable.

As we walked back to the car, Gail said “that sure didn’t do it for me”, and I could only agree.

One of the reviews called this a “romantic dramady”, which would seem to be like a romantic comedy that wasn’t funny, and that’s pretty much correct.  The standard formula of a couple of people who don’t know that they are supposed to fall in love, then overcome obstacles before they finally realize how perfect they are for each other.  In this case they had added the other formula, when two very broken, dysfunctional people magically combine to make a perfectly healthy couple.  Jack Nicholson and Helen Hunt did that one much better in As Good As it Gets.

All this would be fine, if only they could do it without the incessant screaming.  David Russell, the director, seems to think that having all the characters screaming at each other at once makes it emotional and significant.  I think it’s just unpleasant cacaphony.

Robert DeNiro co-stars as Cooper’s father, in a bizarre role as an obsessive-compulsive sports fanatic. Why is he crazy? What does that have to do with the plot?  I don’t know.

Jennifer Lawrence provides an excellent portrayal of yet another crazy person.  Of course, she is also wise and kind and loving and wicked smart, the better to advance the plot whenever the screenwriter couldn’t think of a way forward.

The plot, as you might guess, has more holes than the back wall at a rifle range.  Too many convenient coincidences, too many obvious happenstances. Every single one of the plot twists was completely predictable.  How is it that Philadelphia seems to have only one cop, and he works 24 hours a day?

Yes, I know that Silver Linings Playbook got a 92 on the Tomatometer.  That only says to me that 8% of the critics got it right this time.

2 thoughts on “No Silver Lining”