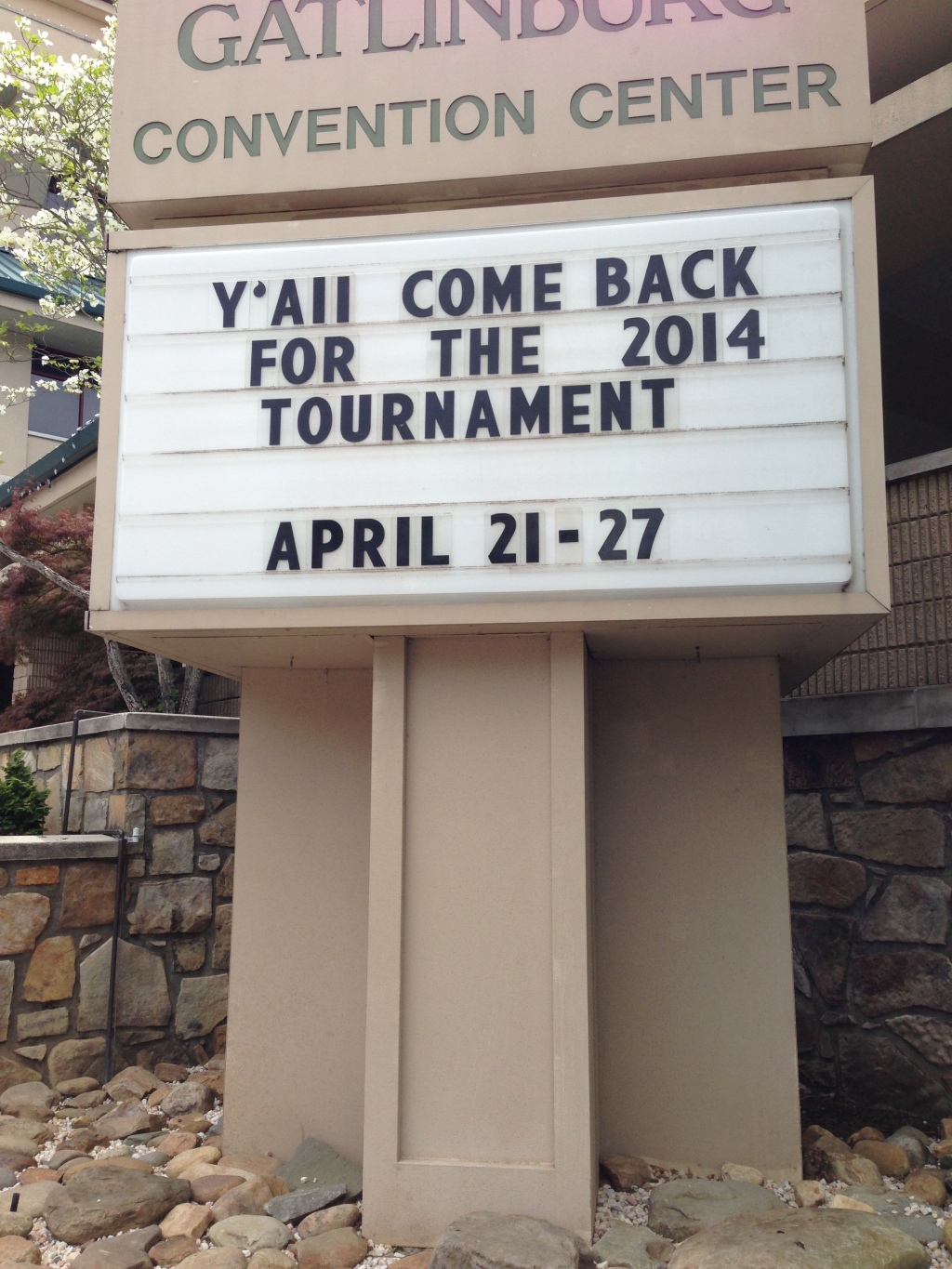 Bob already has our house reserved for next year.

Played the semi finals this morning against Mark Lair, a client and two solid journeyman pros.  I thought I played well, so we were only down 50 in the first half.  Second half Mike and I were out, and we lost as much again.

That did it for the week.  Packed my things and headed on down the road to Knoxville.  We played 10 KO matches this week, winning 5, not exactly the batting average we had in mind.  Played the BAM teams three times, came in first, third and fourth/fifth.  Had a bunch of mediocre food, and overall a great experience.

I have a few observations about Gatlinburg this year.  First off, the place is white.  White, white, white.  In a nation that is 11% black, I think much less than 1% of the people on the street here are black, and 0% of the people employed in Gatlinburg–I have never seen a single black face working anywhere in the town.

There is as much sugar here as there is fat.  I joke that they would deep fry coffee if they could figure out how, but was utterly astonished when the waitress asked Jack if he wanted sugar in his Margarita–he said no, naturally, and I tasted what he got–still extraordinarily sweet.  The bread is sweet, and served with honey butter.  There is a candy or fudge shop on every corner.  “Sweet” tea is the standard.  You can gain just as much weight with sugar as you can with fat, combine them and the effect is deadly.

Technology makes a smaller imprint here.  While every motel on the strip is advertising free wifi, I noticed that many of the players were carrying old fashioned simple cell phones, not the smartphones that are endemic in California.

Gatlinburg is the only place I’ve ever been where I couldn’t get a single station on the radio.

The goodies they hand out at the tournament hit a level of bad taste rarely seen.  The $1 coupons for the concession stand are fine, but the garish, hideous pot holders they tried to give us were ghastly.

They give prizes for winning.  We won the BAM teams and got a crisp $2 bill for each of us. It’s a nice touch, I think.