I wanted to do something different for the brunch we had this morning for a few of our friends.  I wanted to cook an ostrich egg.

Ever since we got back from Africa in June, I’ve been wanting to experiment like this.  My friend Zina at the bridge club, who is from South Africa (and a fantastic cook), assured me that there is no significant difference in taste.  Nothing strange, weird or gamy.

You can’t get an ostrich egg at the grocery store.  Some Whole Foods purportedly carry them, but not in Lafayette.  Eventually, I bought one from a ranch Tucumcari, New Mexico.  It came Priority Mail, wrapped in newspapers, bubble wrap and two infant size diapers, which fit the curves very well.

Here it is before cracking: 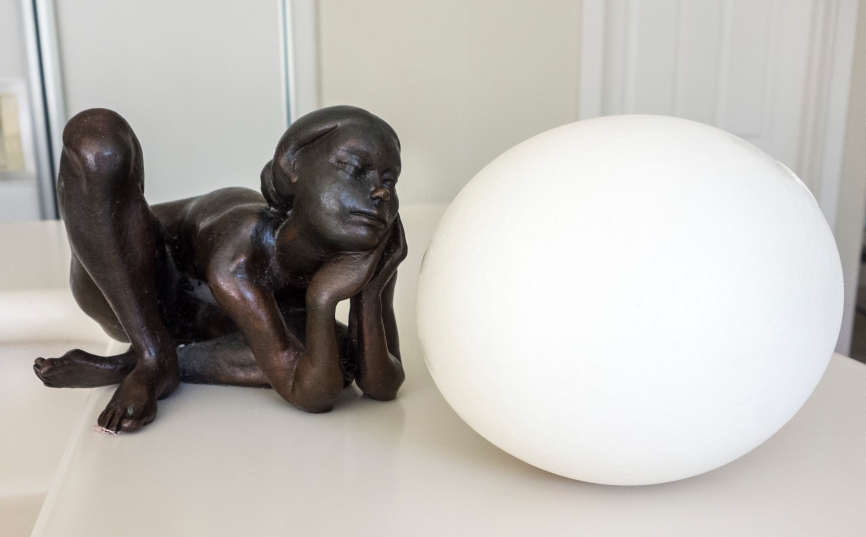 The egg we had for brunch.

Ostrich eggs are tough–that’s a 200 pound bird sitting on them.  You usually have to open one with a hammer and chisel.  I got lucky that all that packaging failed, and my egg was slightly cracked.  I was able to pick out a piece of shell, open the membrane and pour out the copious contents into a bowl.  The mostly intact shell went home with Harry Siter, who will create something special with it.

Not wanting to add much flavor, so we could savor whatever there was to savor, I scrambled the egg with just a touch of cream and scrambled it with butter an a bit of shallot.  It filled the frying pan: 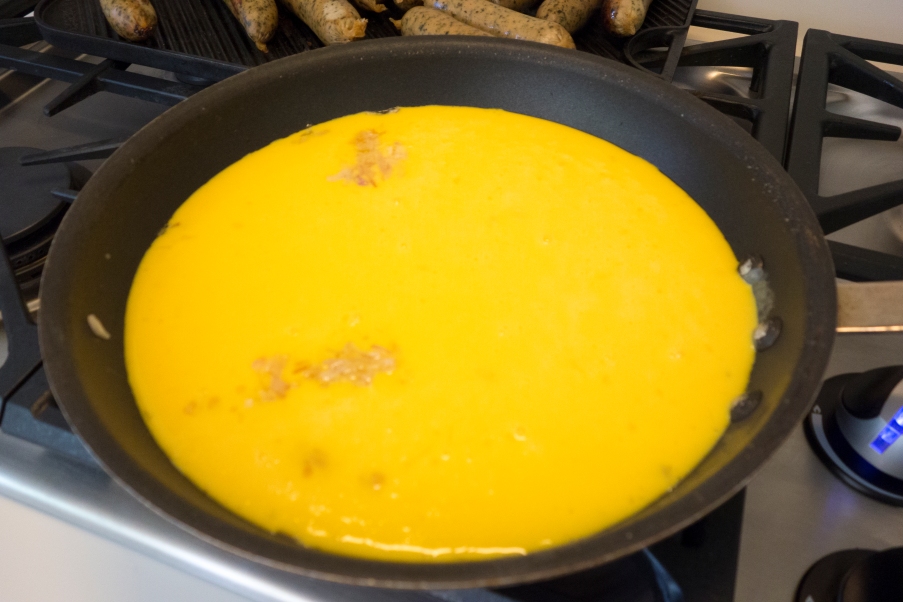 The key to making good eggs is to cook them slowly, on very low heat.  There’s some scientific reason that goes over my head about high heat polymerizing the proteins, I just follow orders and turn the fire down.

After 15 minutes of gentle stirring, I had a plate of fabulous ostrich eggs.  A very large plate: 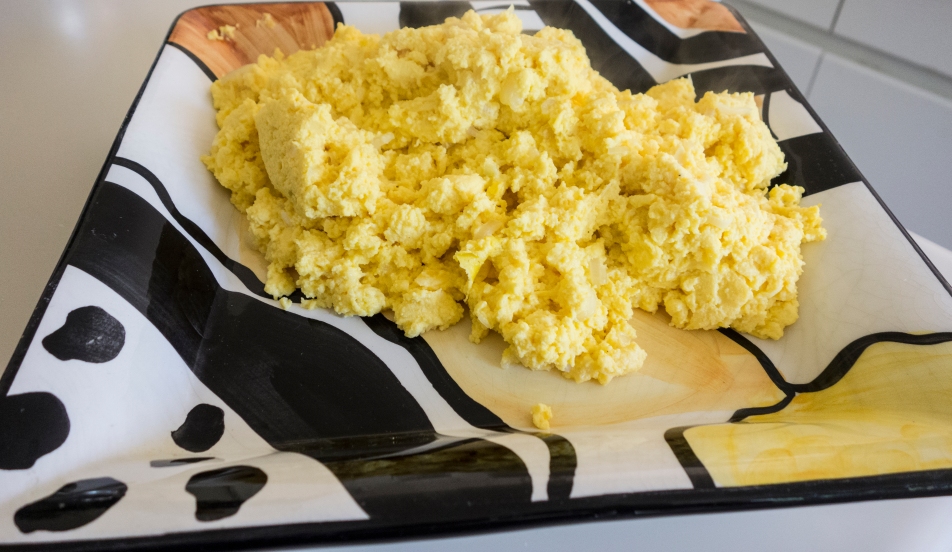 Zina told me one ostrich egg is equivalent to 2 dozen chicken eggs, and that’s pretty darn close to right.  We had 11 for brunch, and just enough egg. If I had snuck a couple of chicken eggs in nobody would have noticed.

This has no significance, I just thought it was fun.