The Most Important Person at ATT 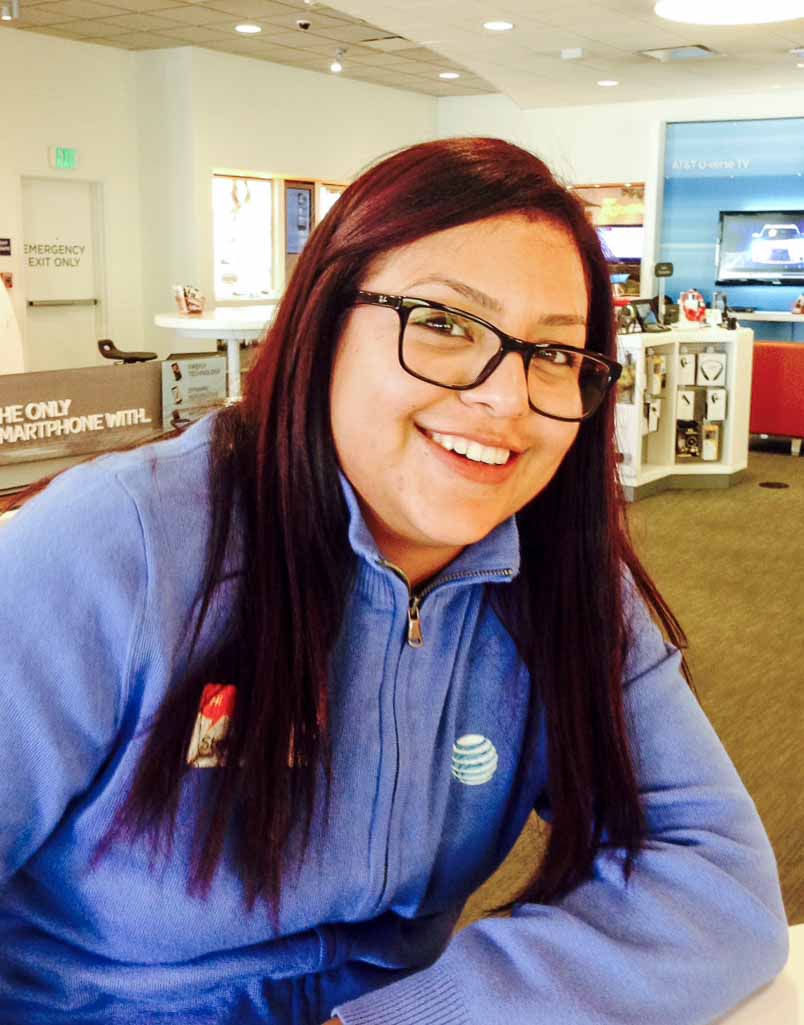 Stephanie, the single most important person in the corporation.

Meet Stephanie, a customer service rep at the ATT store in downtown Walnut Creek.  She may not look like it to you, but she is the single most important person in the entire corporation.

That may surprise you.  It certainly surprised me.  I tell you how I found this out.

Tuesday, I went to her store to buy a couple of the new iPhones.  Stephanie and I spent 30 minutes filling out forms on her iPad, I declined to buy the insurance. She broke my heart when she offered an iPad mini for $199 but it was really $536 when I wanted one with a decent amount of storage. The process was reasonably swift if somewhat more bureaucratic than really necessary.

Wednesday, I got a confirmation email, and I noticed that both phones were ordered in black. That won’t do; Gail and I would spend half our lives deciding which phone was whose.  I want black, she wants white. So I picked up the phone to call them and correct this minor error.  Silly me.

After the usual hold time and interactive voice response hell, I got a person.  We went over the problem.  I gave her phone numbers, order numbers, social security numbers, my shoe size.  She found the problem. Then she said she could not fix the problem, I would have to schlepp back to the store and fix it in person.  Gee thanks, ATT.

Maybe, I thought, I can just call the store.  Not a good plan.  I called, went through the same hold and IVR stupidity, and got nothing.  Nobody answers the phone there.  I tried again, and again. And again.  Finally, I got through.  I thought.

Thursday, I went in to see TMIP Stephanie.  I felt honored to be in presence of the one person in the universe who can correct a minor error.  We are lucky to have her here in Walnut Creek.

Nothing is easy.  She had to cancel the previous order and make an entirely new one.  There was even more filling out of forms than there was the first time.  Lots of signing with my finger in the iPad.

The order is, theoretically, reset.  We’ll get one white and one black.  Perhaps.  I don’t have the greatest faith in the clunky, clumsy, bureaucratic, officious, inept system.  I’ll just have to wait and see what, if anything, is ever delivered.

ATT offers no apology for this fiasco.  They don’t care.  Stephanie is sorry for her error, but still thinks this is the best system, that nobody else in the world can correct a minor error but she.

I think ATT sucks, and they should be ashamed of themselves.  I keep them because we travel considerably, and I like being able to use my phone in Cambodia or Ethiopia or Budapest.  And hey!  I get to deal with The Most  Important Person in the entire corporation, the only single person who can correct a simple error.  Stephanie.