Off to the bead show

Not my usual kind of thing.

Our friend Harry Siter is making a sculpture and needs some small gemstones to suffice for eyes.  Saturday, we went to the Bay Area Bead Expo (BABE) in the Oakland Convention Center to hunt for them.

The bead sale isn’t much of a high class affair.  There are a couple of hundred booths, which are mostly just tables covered end to end with beads of every type. 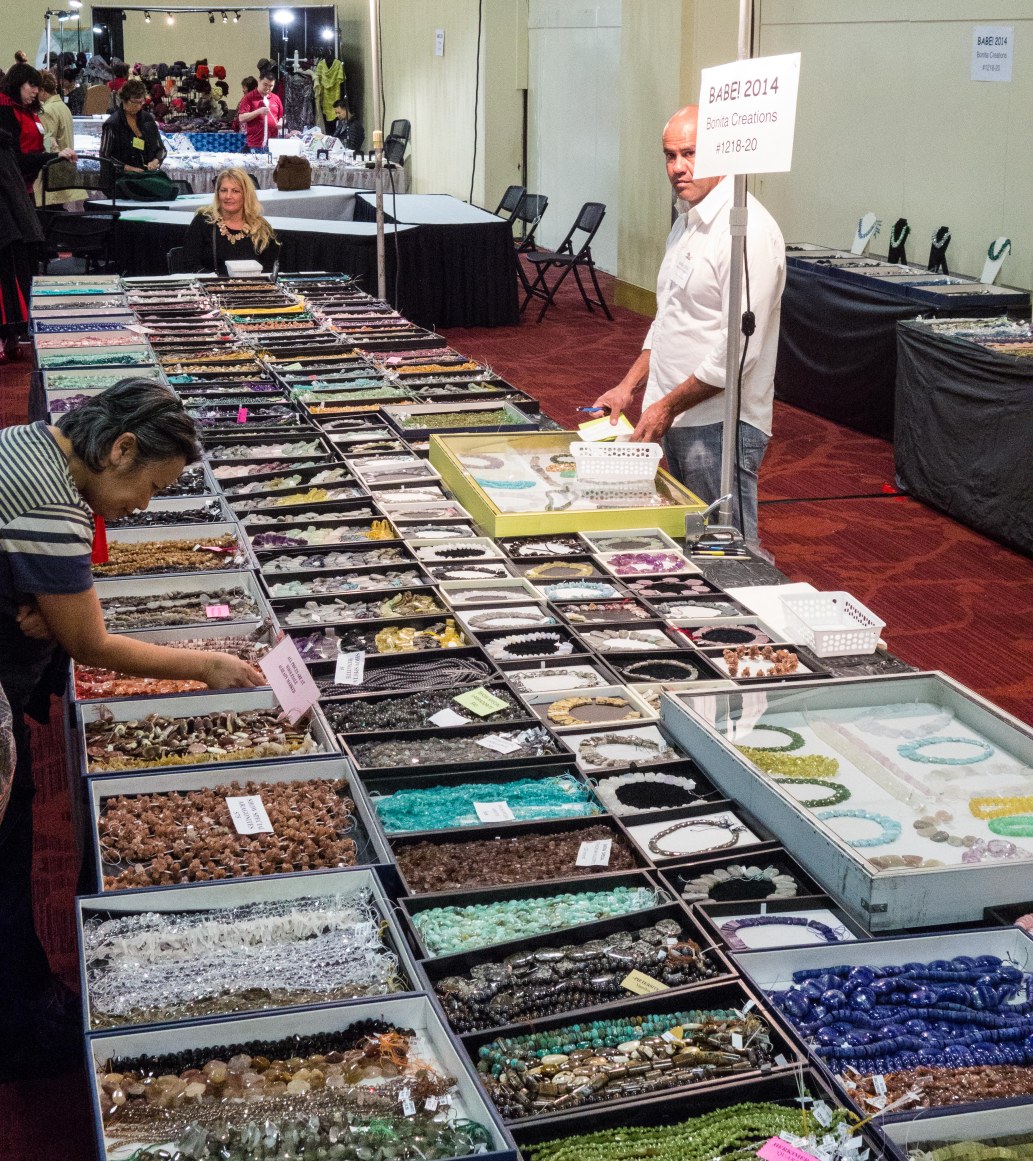 Just on of hundreds of vendors and his extensive wares.

The sellers are an interesting bunch–which is often true of small business operators.  People who are following  a dream, or turning a hobby into a career, or using connections from the “old country” to found a business in the new.  There is passion in what they do, it isn’t just a job. 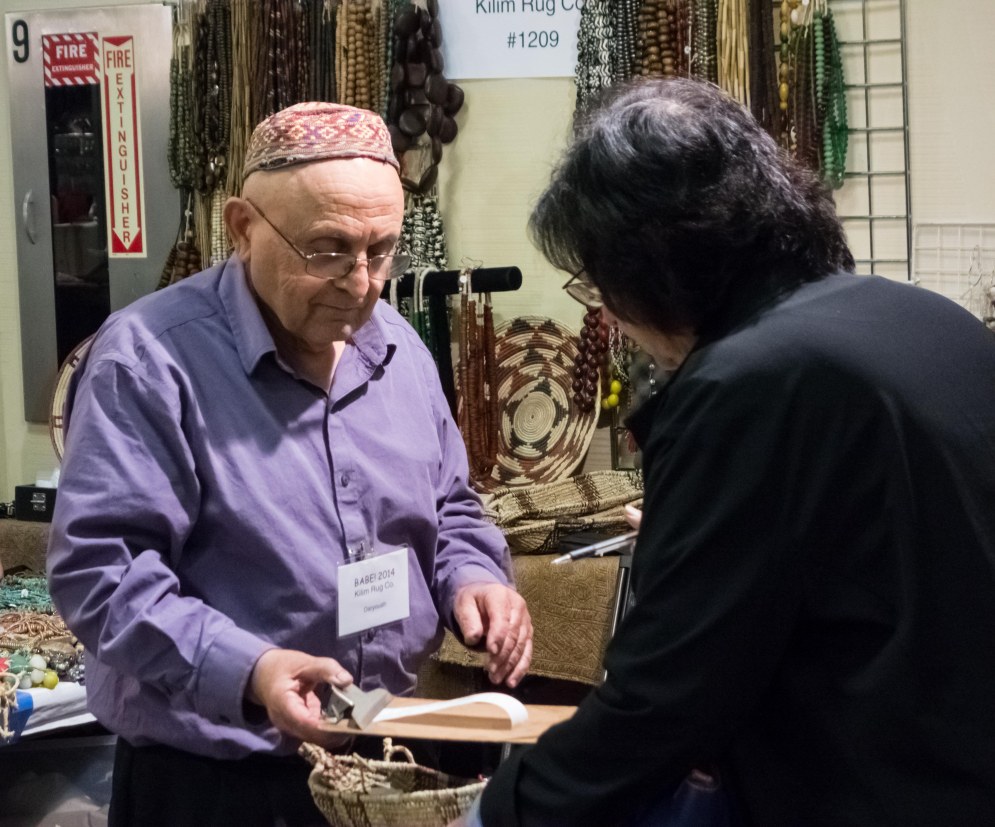 One of the interesting faces I saw.

Here was an interesting booth of African beads, stones and art. 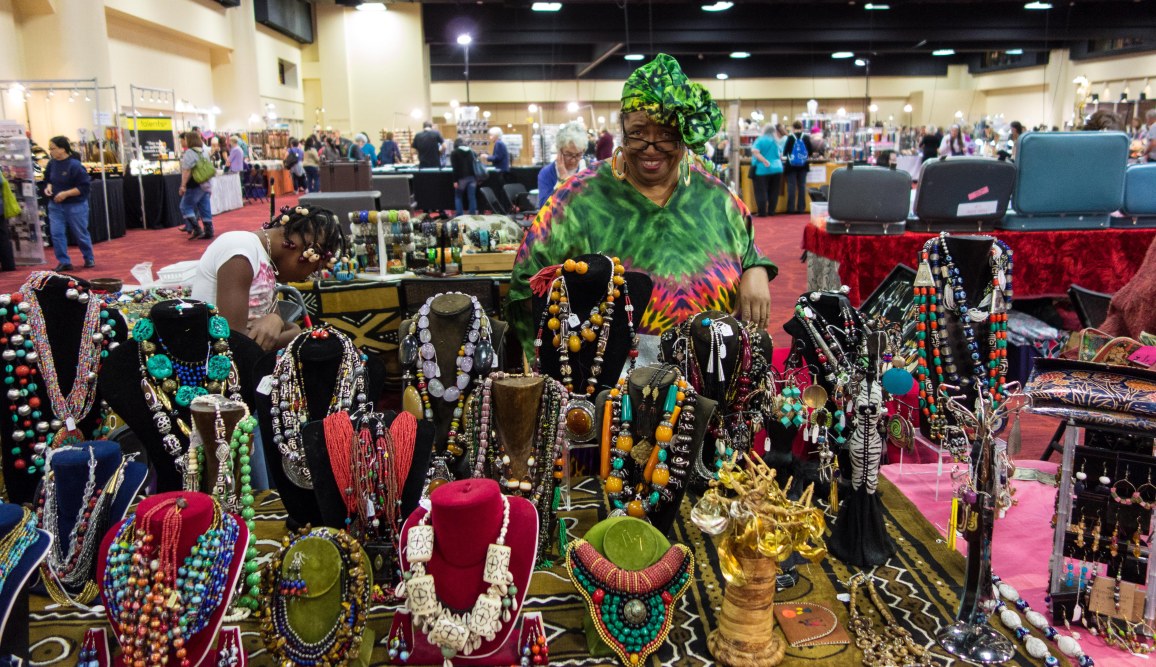 The woman isn’t native African.  From her speech, I doubt she’s ever been East of Modesto.  Se just likes the clothes, or they help her sell more.

I used to think of beads as just cheap pieces of plastic with a hole in them.  Wrong again.  I saw hundreds, thousands of different items, ranging in value from pennies to many many dollars. 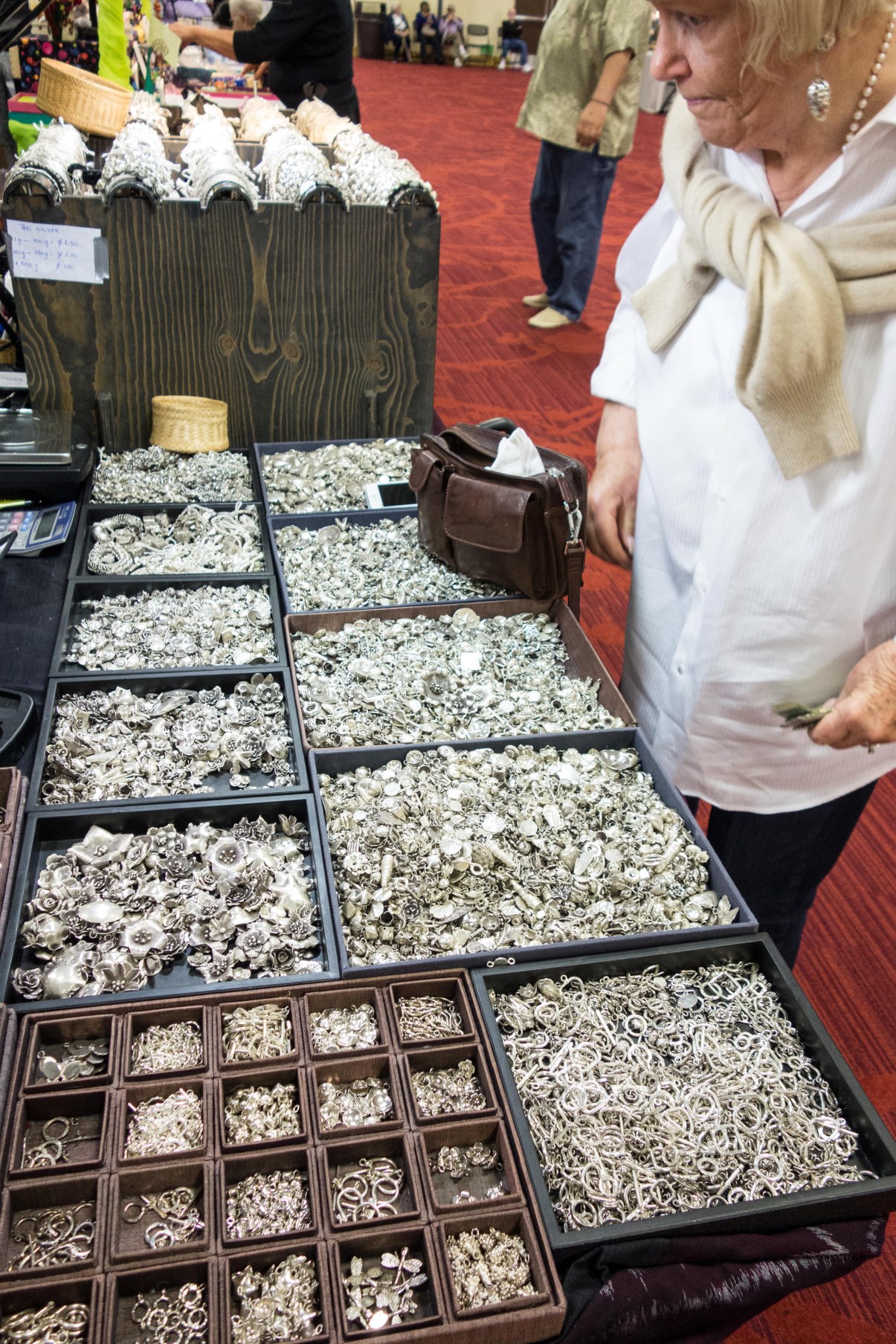 This vendor deals only in silver.  These aren’t really “beads”, they are parts that can be used to assemble necklaces, bracelets, brooches and earrings.  You don’t string them, you hook them or weld or solder them into pricey jewelry. 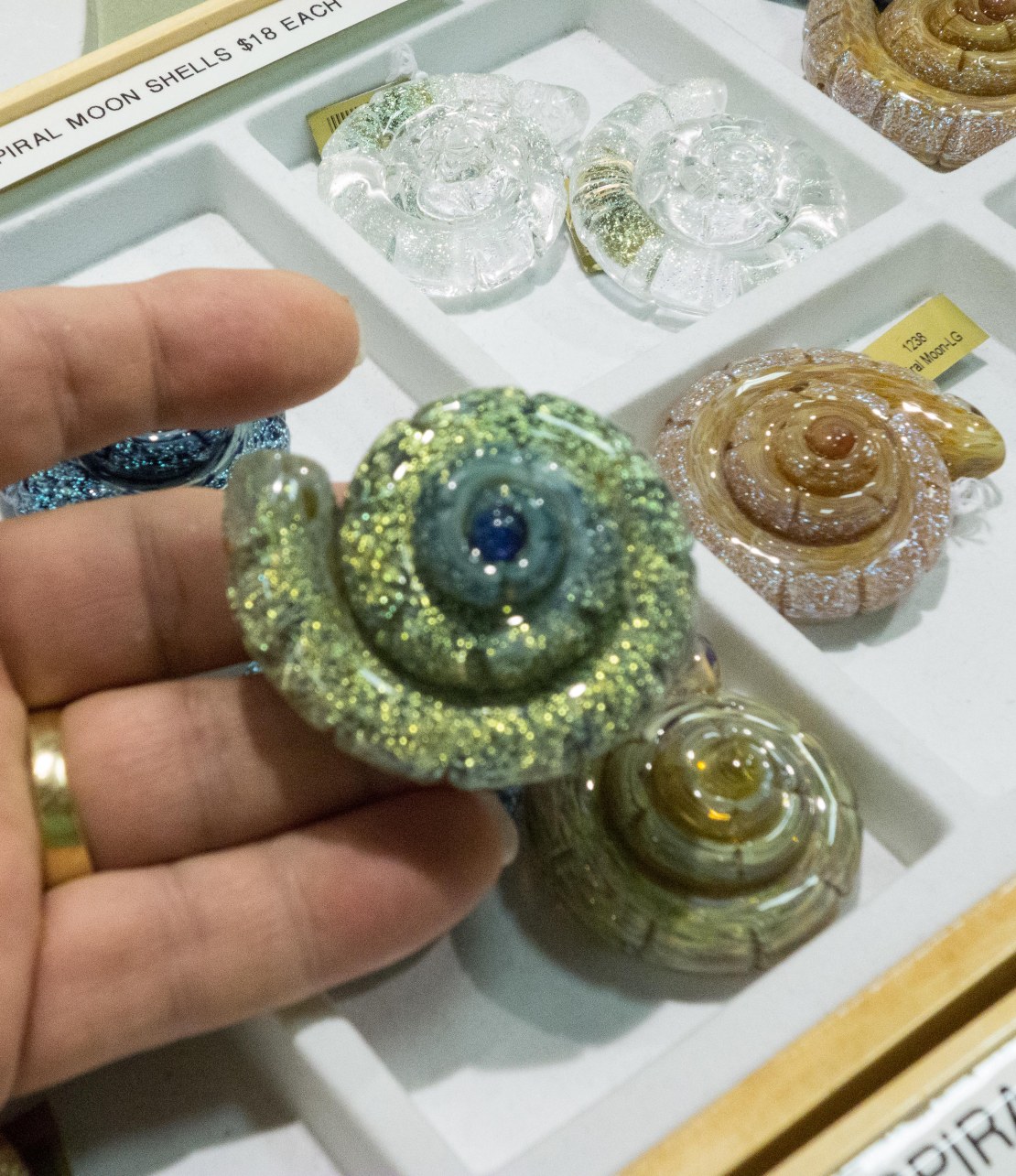 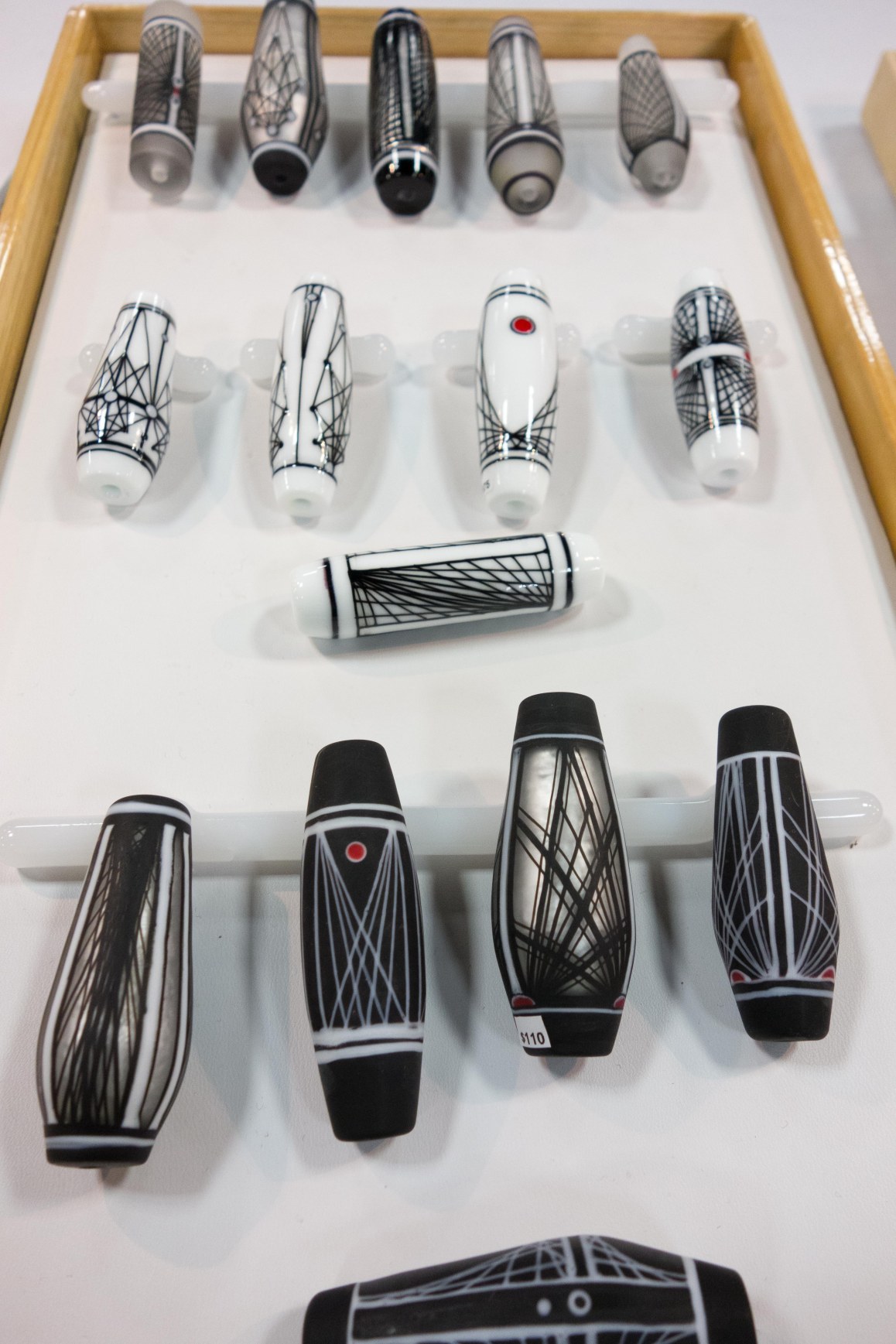 These are very large “beads” that can be strung into a necklace.

Notice the $110 price tag on just ONE of these hand crafted ceramics. 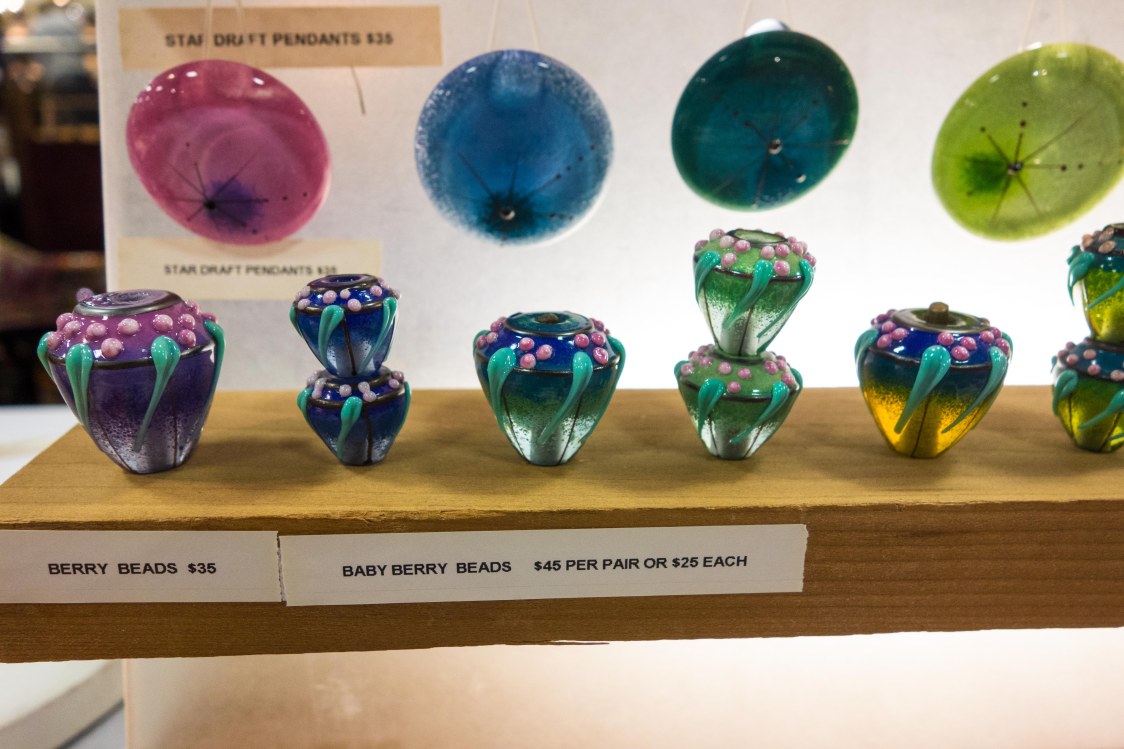 There are also precious and semi-precious stones involved.  Here is a display of turquoise, in its many colors. 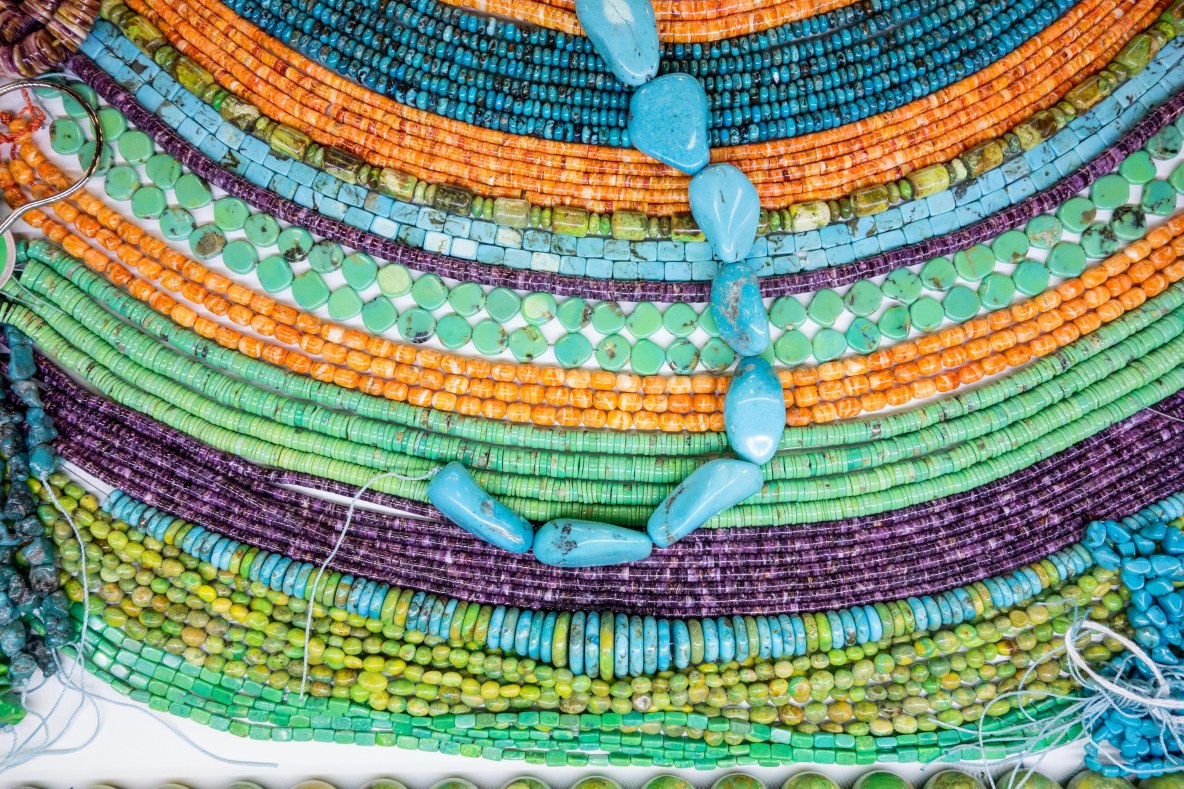 Many colors and shapes of the same basic stone.

In any big crowd, sooner or later you’ll run into somebody you know.  In this case, it was Kathy Hidalgo and Nina Dickerson, the daughters of Ruth Bancroft.  Both of them are avid beaders, and were wearing necklaces they had crafted themselves. 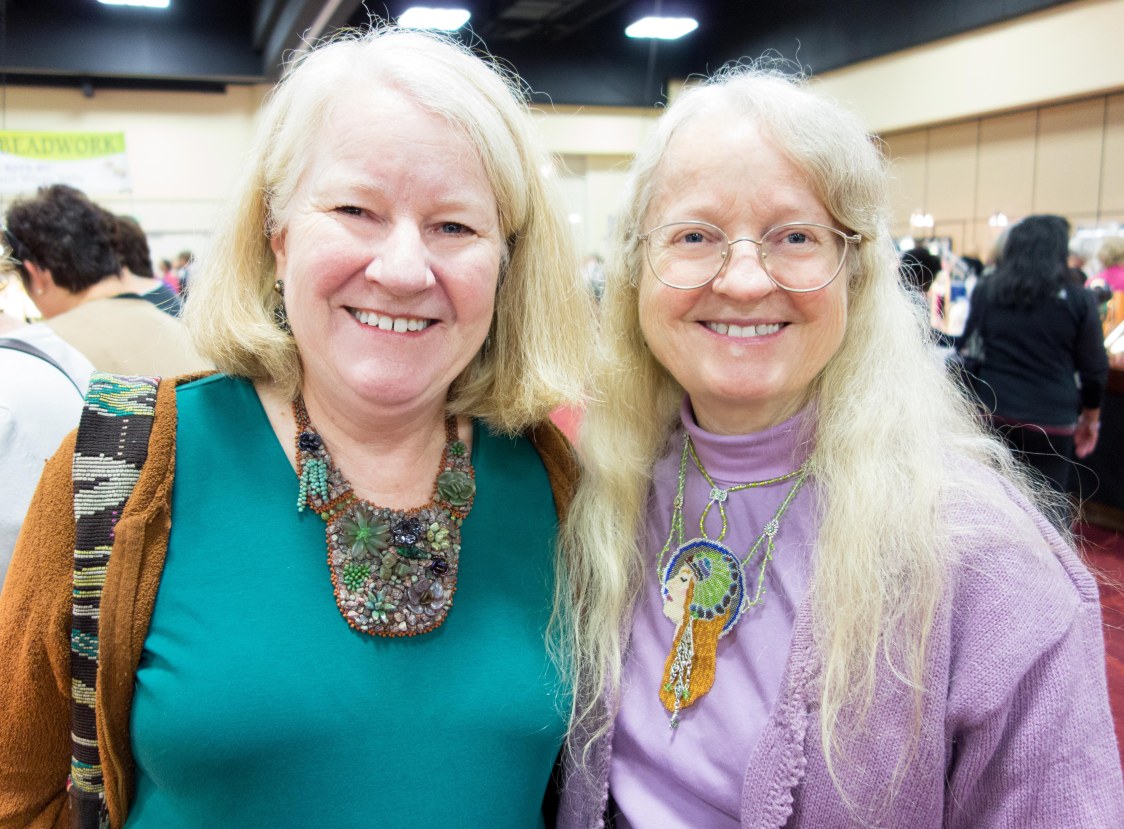 We never did find exactly what we were looking for, so we have to go to a gem show in Monterey next week.  That’s a good excuse for another adventure with Harry and that works for me.