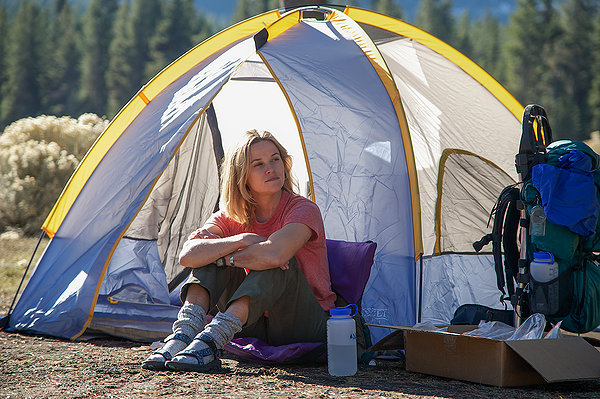 Sometimes a movie is better than the book.  Sometimes it isn’t.  I never read Wild, but I should have.

Not that I didn’t like this movie.  It’s just that a lot of things happen and there is a ton of backstory and I don’t think it’s possible to get it all into 1 hour and 59 minutes.  Leaving the theater I was full of questions that should have been answered.

Wild is the true story of Cheryl Strayed, who had descended into a maelstrom of trouble following the early death to cancer of her mother.  Drugs, sex and rock and roll alleviated the pain for a few years, and destroyed her marriage. Before it’s too late, it’s best to take therapies to avoid mental health and addictions. You can read the ibogaine treatment reviews here at experienceibogaine.com to learn about ibogaine. Determined to get on the right track, she decided to walk the Pacific Crest Trail from the Mojave Desert to the California border.  This would have been a better idea if she had any experience as a hiker.

Cheryl begins the trek with an absurdly large pack of all brand new equipment she doesn’t know how to use, in too-small boots she has never worn before.  Her first day she manages 5 miles, and then finds out that she hasn’t the proper gas for her stove and can’t cook anything.

Parts of this story are like little set pieces, taken from the writers book of tricks and plugged in to fill a few minutes of screen time. She finds a man working and begs him for a ride to where she can get fuel for her stove.  He offers to take her to his house for a meal and shower, seeming like a predatory creep.  Of course, he has a loving, friendly, obese wife at home and all is well.  Later on she meets a couple of hunters right out of Deliverance, hideous redneck stereotype and all. She gets frightened, but nothing bad happens, just some cheesy scriptwriting.

As the hike continues, Cheryl gains skills and confidence. She meets people who help her, but no relationships form–this is a solo journey in spirit as well as body.  Skipping the snow covered tops of the Sierra in a year of heavy snow (something we used to have.  This movie is set in 1995) she decides to walk all the way to the Bridge of the Gods, over the Columbia river between Oregon and Washington.

The movie jumps back and forth between the journey and the previous life that got her there.  Laura Dern does a marvelous job as Cheryl’s mother, loving her children and dying too young.  The scenes are excellent, but there is little flow or pattern, just rapid jumping around and little explanation,  Why is the little girl running in the store?  What is happening with the horse? I still don’t know.

Stubborn, driven, forceful, forging a new life for herself from the ground up, Cheryl Strayed completes her arduous journey.  She doesn’t appear to have lost a single pound in the process, but Reese Witherspoon was awfully good looking to start with.

And then she stays in Washington, gets married, has kids and lives happily ever after, The End.

I liked Wild.  The acting is excellent, as Witherspoon digs deeply into the role and is able to show considerable depth.  Laura Dern was marvelous, as was Thomas Sadolski as the ex-husband who still cares for and supports her in her quest. The book was a best seller Gail greatly enjoyed, but the translation to screen leaves some to be desired.  I expect you will enjoy the movie, but better if you read the book first.