A lumper is a day laborer who loads and unloads trucks, typically a man with a strong back and weak mind.  The work is hard but the pay is reasonable and you don’t have to worry about anything, just lift that barge and tote that bale.  I did a fair amount of lumping in the daytime while I went to graduate school at night, but I thought I was long finished with that part of my career.

Landing in Indianapolis this afternoon, Dave picked me up in big white Budget truck with a 16 foot box on the back.  I thought we would just drop him off at this hotel to fly home in the morning and I could hit the road, clocking a couple of hundred miles before calling it a day.

Dave had other ideas–he was meeting a couple of guys who had some copper he wanted, and we had to get there, cut the deal, make some room in the back of the truck and load all the new goods before re-loading the items he had already purchased.

Copper? you ask.  Me too.  I thought maybe antique pots and pans, perhaps an old sink or maybe a bathtub.  This is what they had:

All this stuff used to be a cathedral

Someone is demolishing a local cathedral, and this is all salvage roofing, siding, gutters and drain pipes.  Dave wants it because it has a beautiful patina and the designers he sells to will re-purpose it into mirrors and decor, turning $4/lb scrap into thousands of dollars worth  of high class home goods. 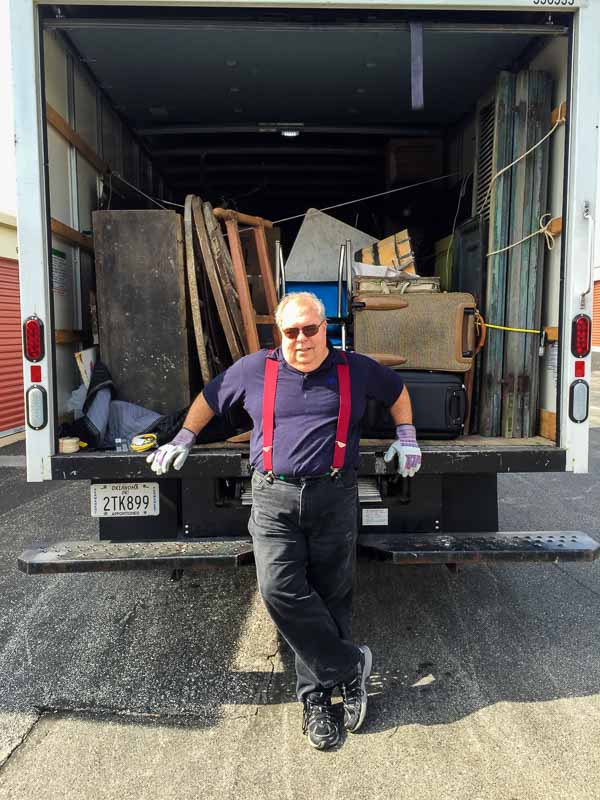 Before we could get to the lifting and toting, the deal had to be made.  The sellers were not exactly the most hot shot businessmen–one is a cop, the other is PC repairman, and they both like to talk more than they like to get to the point, so the process took far longer than it should have.  By the time we were finished it was after 7, I was sweaty, dirty and tired and had no desire to start off on the open road.

We checked into  the Crowne Plaza in downtown, a very nice hotel built right into the old Union Station. There are even a few rail cars still in the building, now converted into specialty hotel rooms.

Indianapolis is at the far western edge of the Eastern time zone, so the sun comes up late and goes down late.  It was 9 pm when we walked out to dinner, and this was the spectacular sunset: 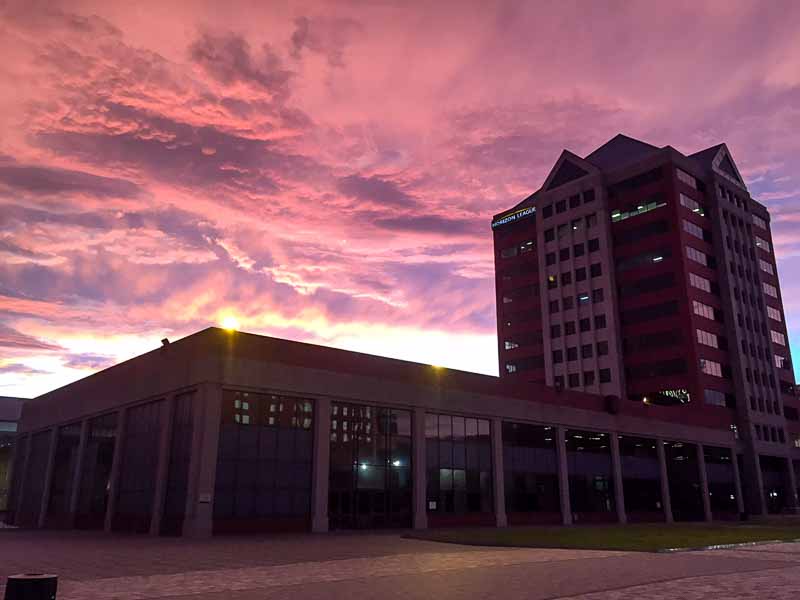 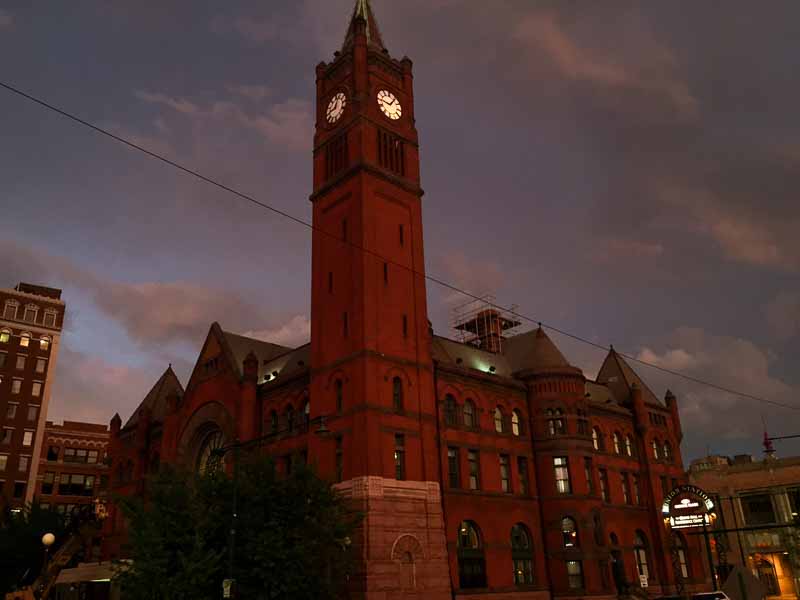 Looking in the other direction

We had an excellent dinner, then walked around the area in the delightful 70º evening air.  In the morning, I’ll head out, planning on getting to Omaha.  Stay tuned.

One thought on “I like it and I lump it”