Advocating for better food in the Elmwood District

We enjoy the moden Mexican food at Comal, on Shattuck in Berkeley, so I have been wanting to try out The Advocate, the new operation by the same managing partners on Ashby, near College.  We stopped in for lunch today.

The Advocate is a large restaurant in an old building.  The decor is casual modern/rustic, with exposed rafters and ducting, kitchen towel napkins, no uniforms for the staff and a color scheme Gail doesn’t approve of.

The food is completely different from Comal.  The menu displays a

“range of influences, but more specifically an “emphasis on the nexus of southern Mediterranean and Moroccan/North African cooking, all viewed through a Northern Californian lens.”

(I copied that, because I couldn’t make it up”

The menu changes daily, according to the market and the whims of Chef John Griffiths.  Saturday and Sunday feature a brunch menu.  Gail had the flatbread with soft-scrambled eggs: 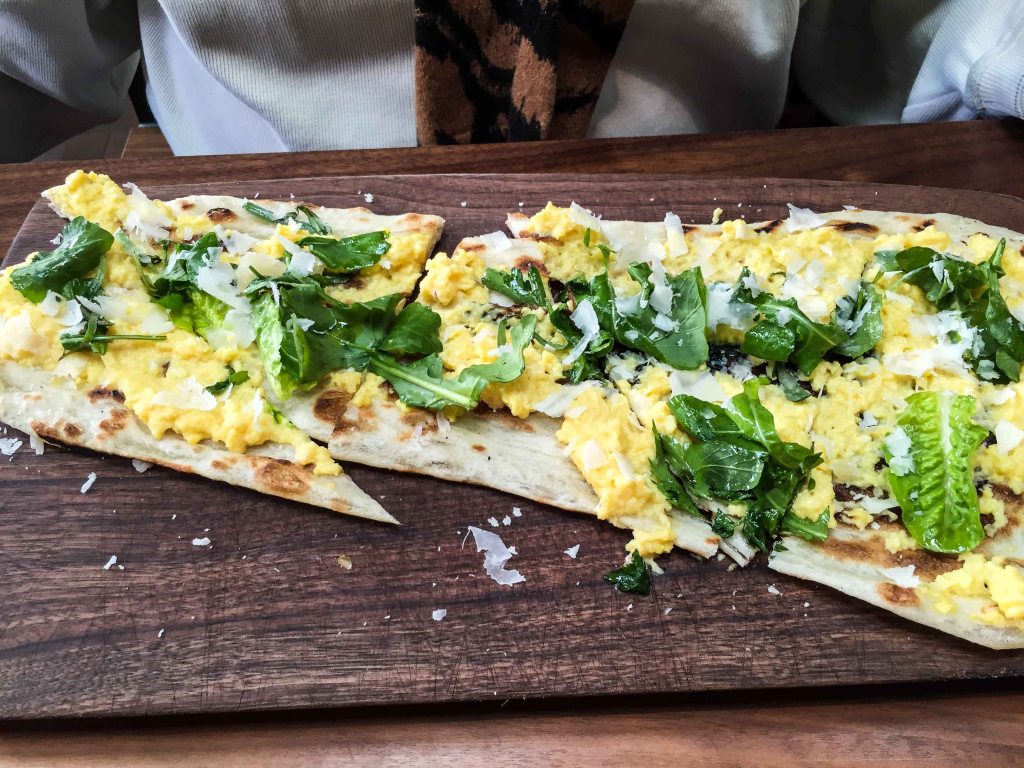 You might think of this as an upscale breakfast pizza, but there isn’t enough cheese to be pizza as far as I’m concerned.  It’s pretty bland–the hot sauce helped immeasurably.  And it doesn’t stay warm–Gail tried to tell that to the waitress, who said it is supposed to be tepid, but took it off the bill.  I think this is a clever dish that fails.

My brunch was the Mantecato of Tuna, which is a very interesting and upscale version of tuna hash. 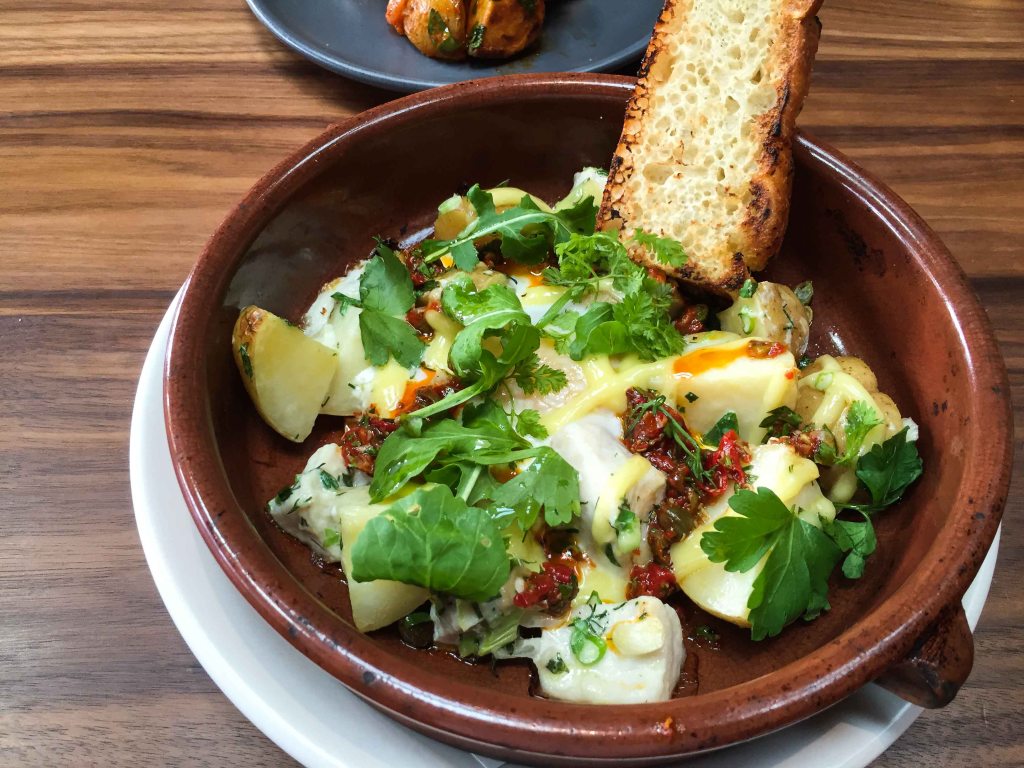 I liked this dish quite a bit.  The egg is broken gently over the potatoes and fish and then cooked in the Salamander, a restaurant broiler you don’t have.  The stone plate keeps everything warm (maybe they should try this for the flatbread).  Even the bread is toasted perfectly–warm but not hard and stiff.

Just like Comal, their idea of iced tea is to charge $5 for a $1.17 bottle of TeJava, and only have that weird turbinado sugar or Stevia to sweeten it with.  I was definitely not impressed with that.

Prices are what I’ve come to expect from upscale dining.  Not cheap, not dreadful. Service should be good–in the footsteps of Comal, they include a 20% service charge with the meal and don’t take tips.  It’s the coming thing, whether I like it or not.  (mostly not)

I think we will give The Advocate a try for dinner.  The menu isn’t very deep, but if it changes daily you’ll never be bored with the food, and I certainly like the lineage of the place.