Gail and I are in Israel, sitting in a hotel overlooking the beach in Tel Aviv.  There has been radio silence around here because this trip was a big secret, and now I can tell.

Micky and Linda told us they were coming here for the Bar Mitzvah of their grandson, and had arranged to have dinner with Gail’s son Toby and his new girlfriend, who we have not yet met.

Hell not having frozen over, Gail wasn’t about to let our friends meet the young woman, Lea, before she did.  So we decided to sneak over here and surprise Mike and Linda at the restaurant. 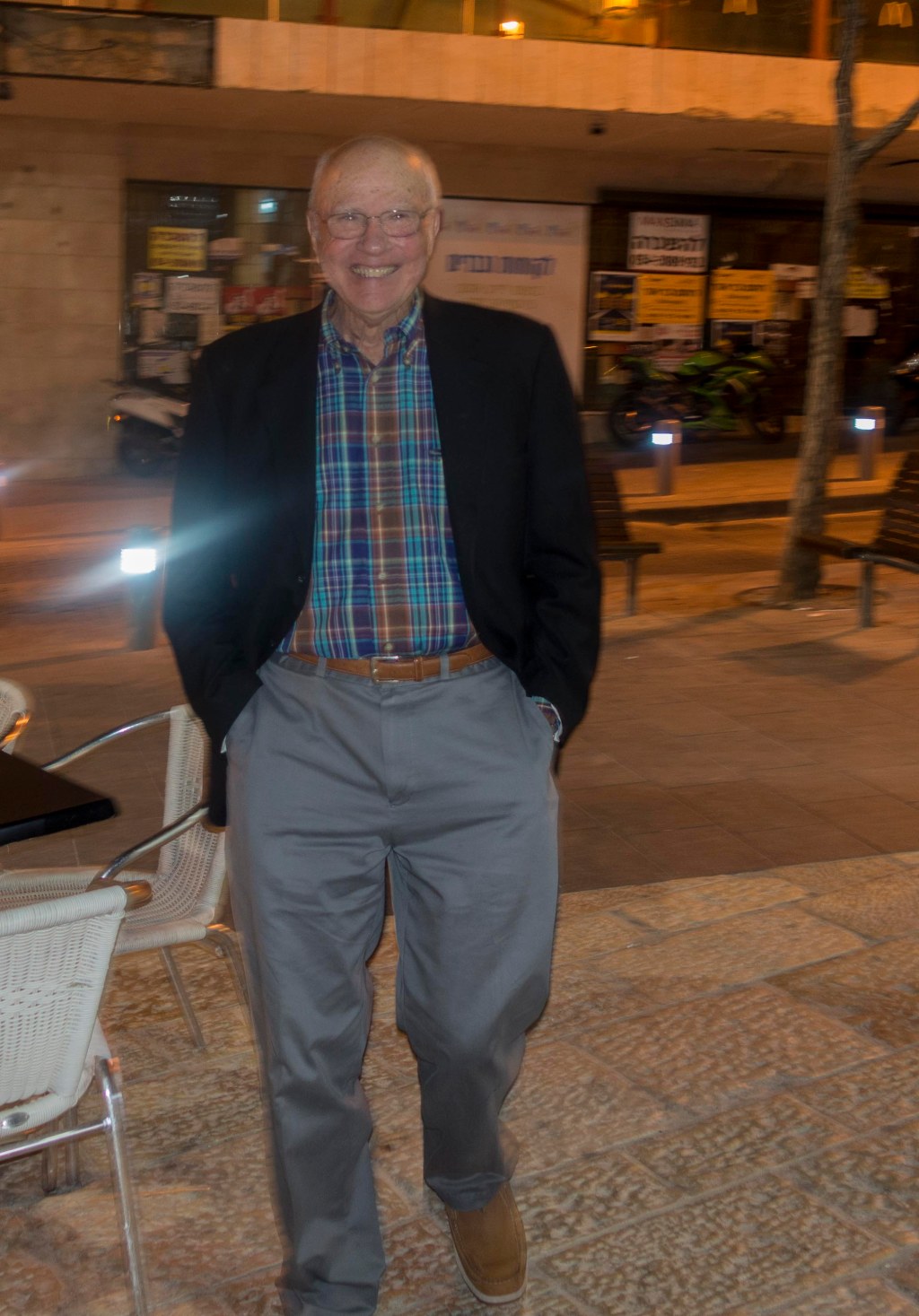 Tonight was the big night.  We drove the 45 minutes from Tel Aviv to Jerusalem, navigated the tiny streets, found parking and walked to where Toby and Lea were to meet our friends.  The kids walked ahead, then Gail and I followed.  Linda was the first to recognize Gail, then Micky joined in, looking considerably more puzzled than usual. 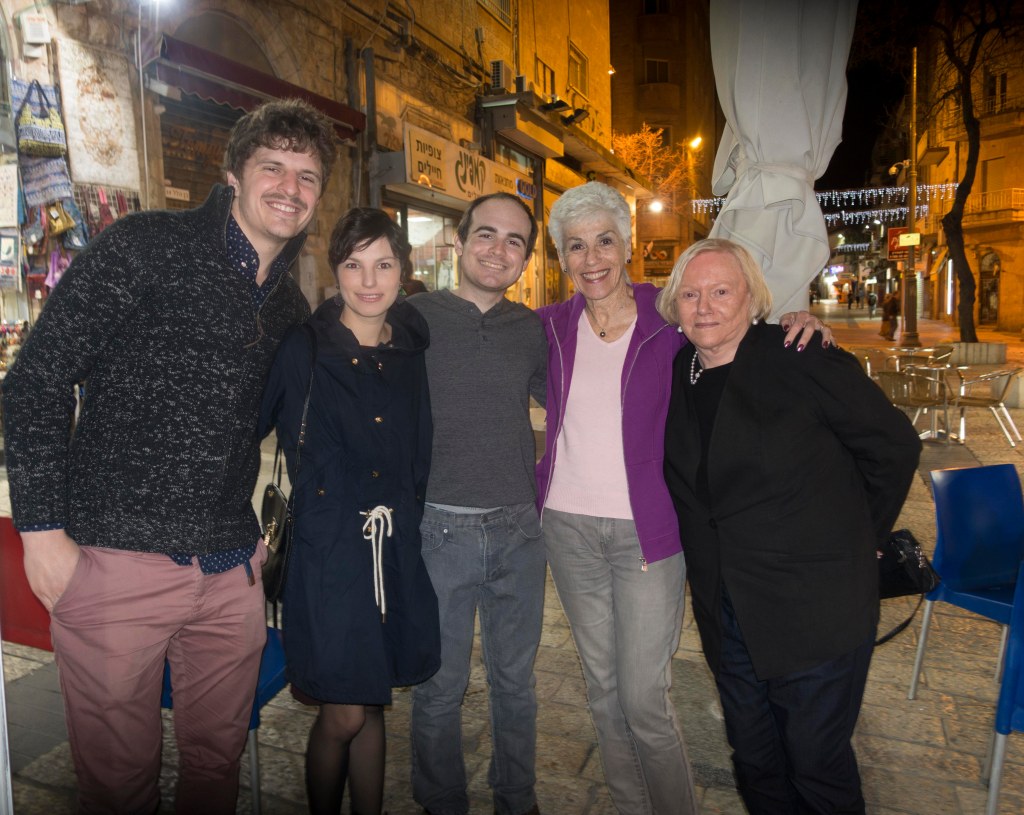 We were shortly joined by Mike’s niece Shoshana and her daughter Naomi and ambled off through the cobbled streets to a kosher restaurant that was just opening at 8 pm because they can’t start preparing the food until sundown on Shabbos (Saturday).

The nine of us had a wonderful meal, spirits buoyed by the excitement of our surprise.  Two quick photos:

The little red spirals are the gnocchi, made from chestnut flour, colored by a berry sauce.  The orange blob is mashed white and sweet potatoes.  I enjoyed the duck, the other items were pretty bland.

Linda had this as her starter.  The salmon was just fine, but the diced Israeli cucumber and red onion made the dish special.  Neither of us had ever tasted a red onion that hot.  The cucumber is a part of almost everything here, always diced rather than the cucumber slices we are accustomed to in California. I enjoyed as much of it as I could steal from her.

Dinner savored, we motored back to the beach city to fall into bed so we can have more fun tomorrow.  Now that I can stop lying to everyone about what I am doing this week, I’ll be able to post more about this amazing trip.  Stay tuned.