Back in high school, the cool kids all wanted to spend Friday and Saturday night cruising the Main, driving endlessly in a big circle in Walnut Creek, seeing and being seen in whatever car they could lay their hands on.

That isn’t legal or cool anymore around here, but it’s still the thing to do in Pigeon Forge, especially on the five or six weekends a year when they have car shows.  People come from hundreds of miles around with their restored and unrestored hot rods.  Some drive up and down the parkway, some just park their cars, raise the hoods, bring out lawn chairs and watch the passing parade.

I left Gatlinburg on Friday (the subject of a future post) and headed for the airport hotel in Knoxville.  Having plenty of time, I decided to bump along with the crowd through Pigeon Forge and look at the cars and the people.

I saw many interesting things, but was most taken with this, the ultimate example of the South I saw the entire week: 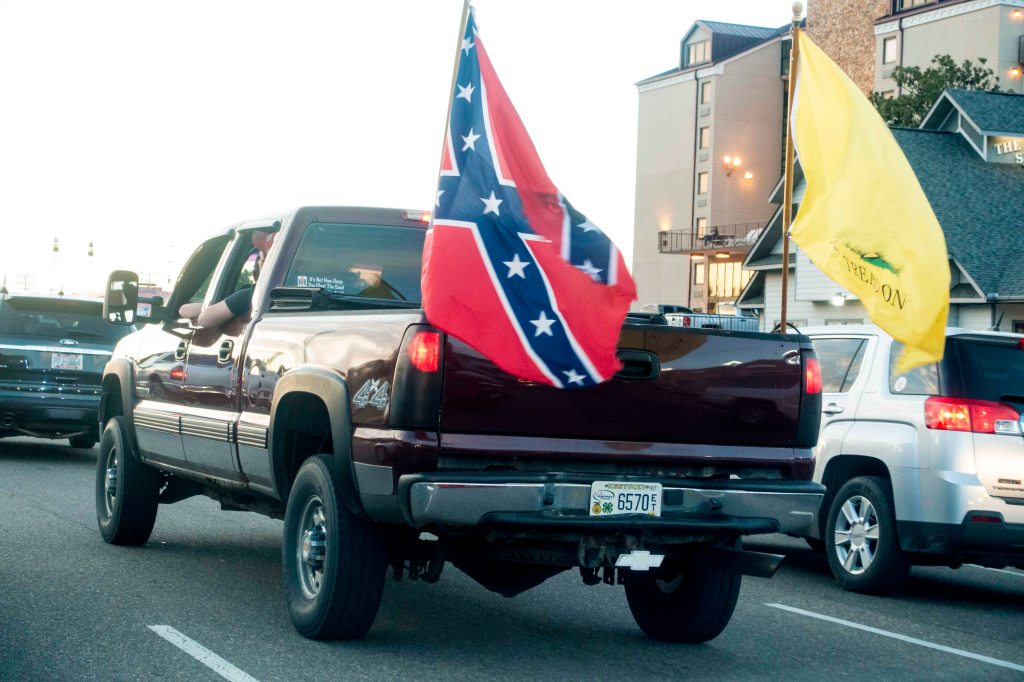 The Stars and Bars on one side, Don’t Tread on Me on the other.

The cars were interesting, the people just as much:

I’ve never seen a hot-rod wagon for the kiddie to ride in before.

Not all the cars were restored: 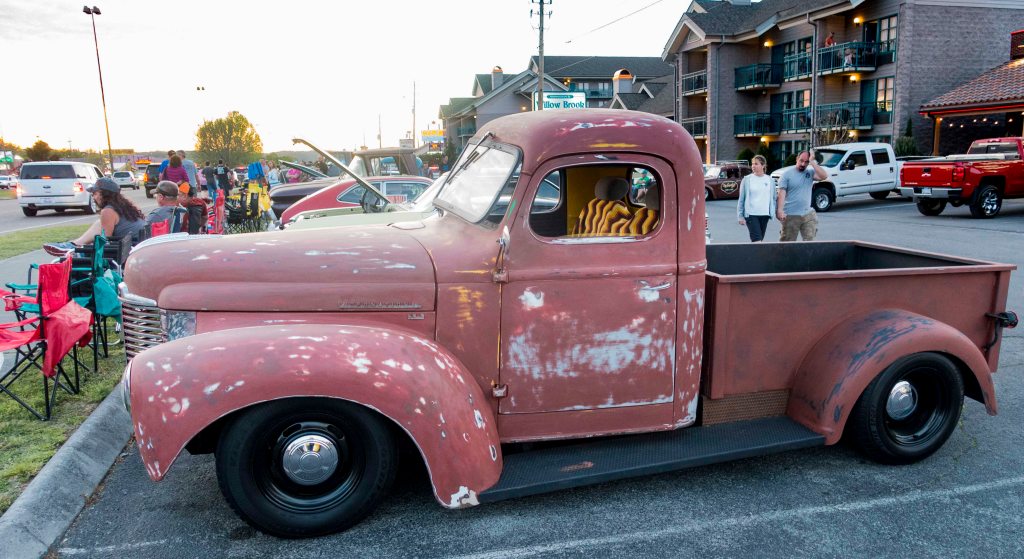 Some of the cars were truly classic:

I’m not sure what year this is–I think it’s older than I am.

There were many cars for sale: 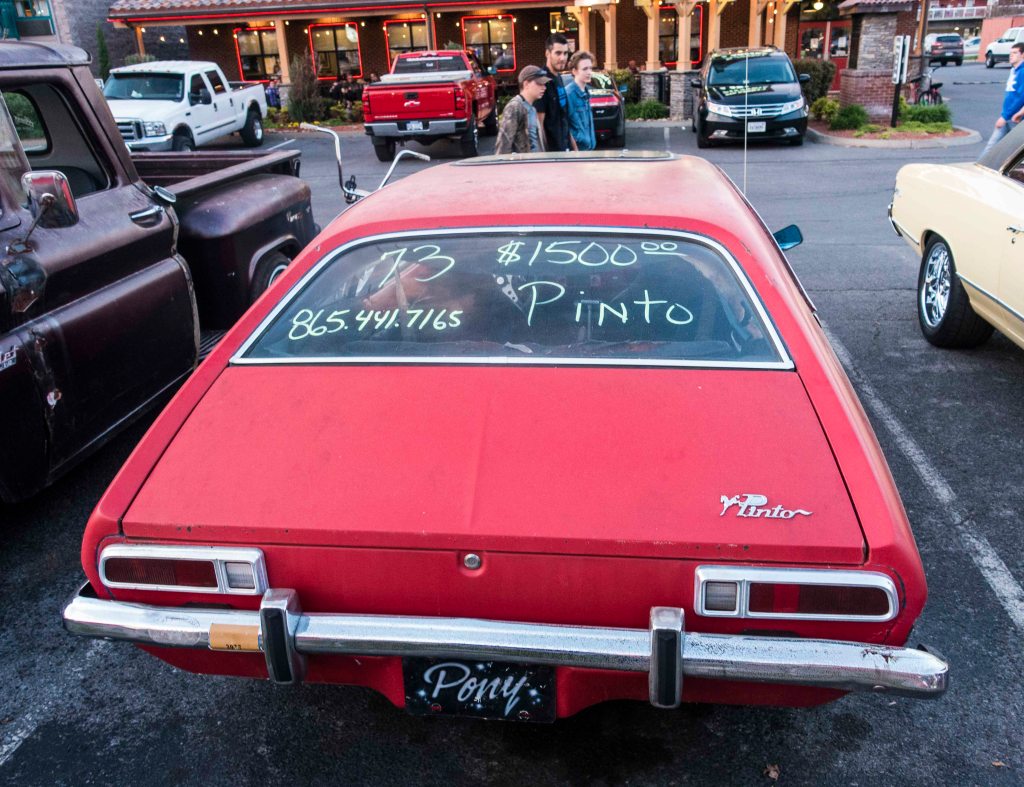 Everything becomes collectible if it lives long enough. And doesn’t blow up.

The taxi we’ll all ride in sooner or later.

Some things have to be seen, they can’t be explained:

People bring the bicycles to get around while their car is on display.

We had a Lincoln like this for a while:

Droptop and suicide doors. One of the greatest designs ever.

There were thousands of cars, ranging from a few modern supercars like a Ferrari and an Audi R8 to ancient rattletraps that could barely move. It took me about an hour to drive the 4 miles through town, gawking all the way.  The road was completely lined with lawn chair so people could spend all day Saturday watching the cars go by.

Not every car was American made, but most were.  Still, no car show could be complete without a custom Beetle:

Cruising the main was different without teenage hormones raging through me, but I still enjoyed the ride.  There is more to do in this area than eat fried chicken and visit Dollywood.

2 thoughts on “Cruising the Main”