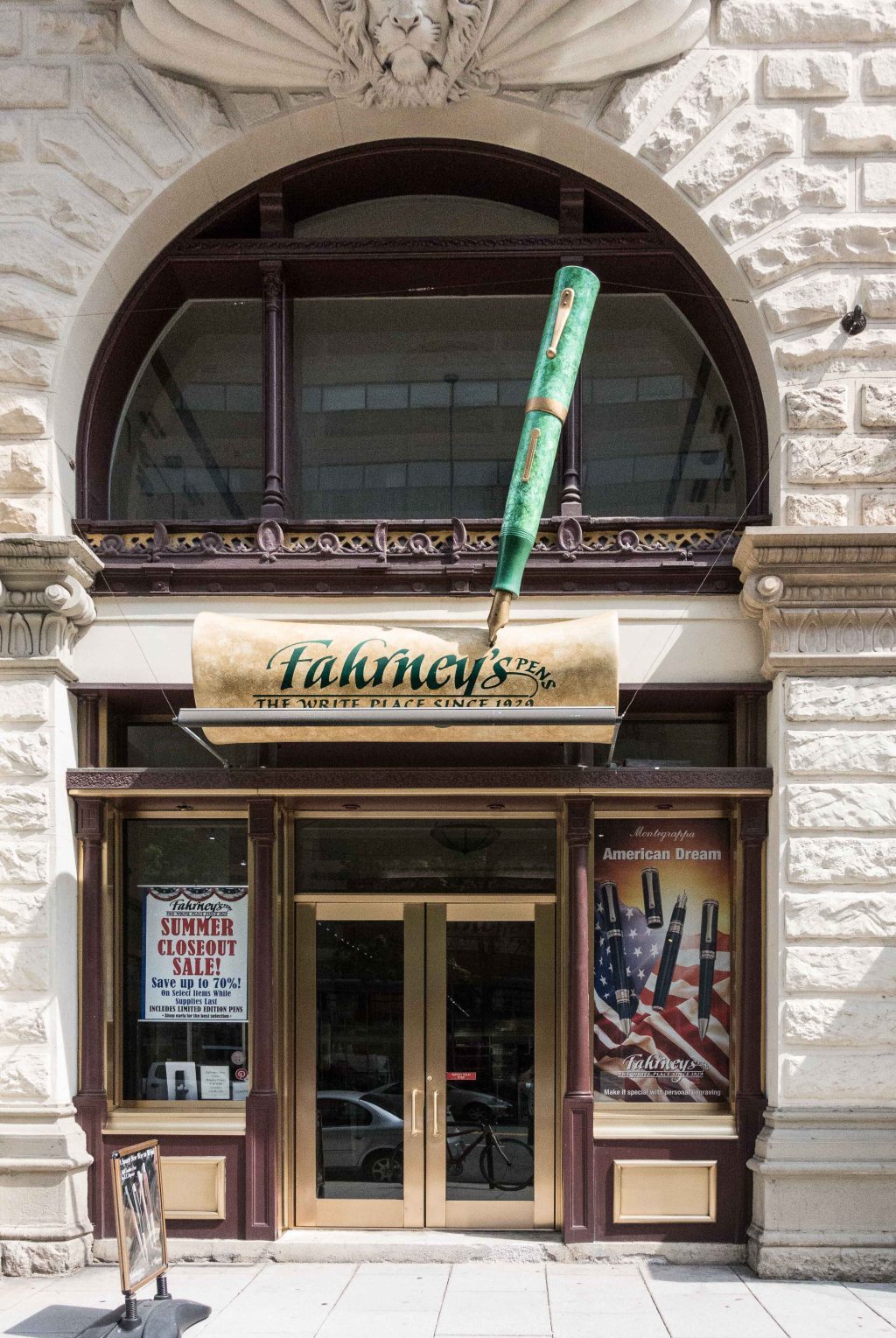 On F St. in Washington, just a few blocks from the Capitol and the White House, is what I consider to be the best pen store in the country.  There was no way I was going to D.C. and not make a pilgrimage.  Last week, Jerry and I took some time in the morning to visit.  The store is only a block from the Metro, but that was far enough for me to get hot and sticky in the steamy blast furnace that is Washington in July.

Fahrney’s has been a fixture of the nation’s capitol since 1929.  They sell and service the very best in fine writing implements, which can run to many thousand dollars if you want a pen with an infusion of Abraham Lincoln’s DNA.  They also sell fine stationery, collectible autographs, watches and men’s jewelry.

Really, really nice pens. My birthday is in February.

These fine writing instruments are works of art, often inlaid with precious metals and stones.  The best nibs are gold, because it is so flexible.  I think some of them should come with their own bodyguard.

I use fountain pens because I have such bad handwriting and the heavy pen and strong drag of the nib across the paper slow me down enough my scrawl is at least somewhat legible.

Fahrney’s doesn’t just sell pens, they repair them.  They have a repairman who has worked there since Ronald Reagan was president, and I doubt that there is a more capable man in the nation.

Where all the best pens come to be fixed.

When I break something, I send it across the country to Fahrney’s to be fixed.  Sometimes, when Gail has an obscure pen we can’t find a filler for, (she prefers ballpoints and rollerballs), we’ll send the whole damn pen to Washington so they can get us the right part. Fahrney’s has never failed us.

I bought a pen for myself and two for Gail, along with a goodly supply of various sizes of ink cartridge for my pen collection, and two bottles of ink for the more old fashioned pens.  Then Jerry and I took a cab back to the hotel and placed 31st in a national event.  That’s what I call a good day.

One thought on “Visiting the Mother Ship”