An opening tonight at my favorite photo gallery in SF, RayKo.  Which is also a place to take classes, buy equipment, rent lenses or darkrooms or specialized printers.  It’s sort of the center of the photography culture in the City.

The photos on display were all interesting, but nothing that would change your life.  What interested me more was the “scene”, the people watching. 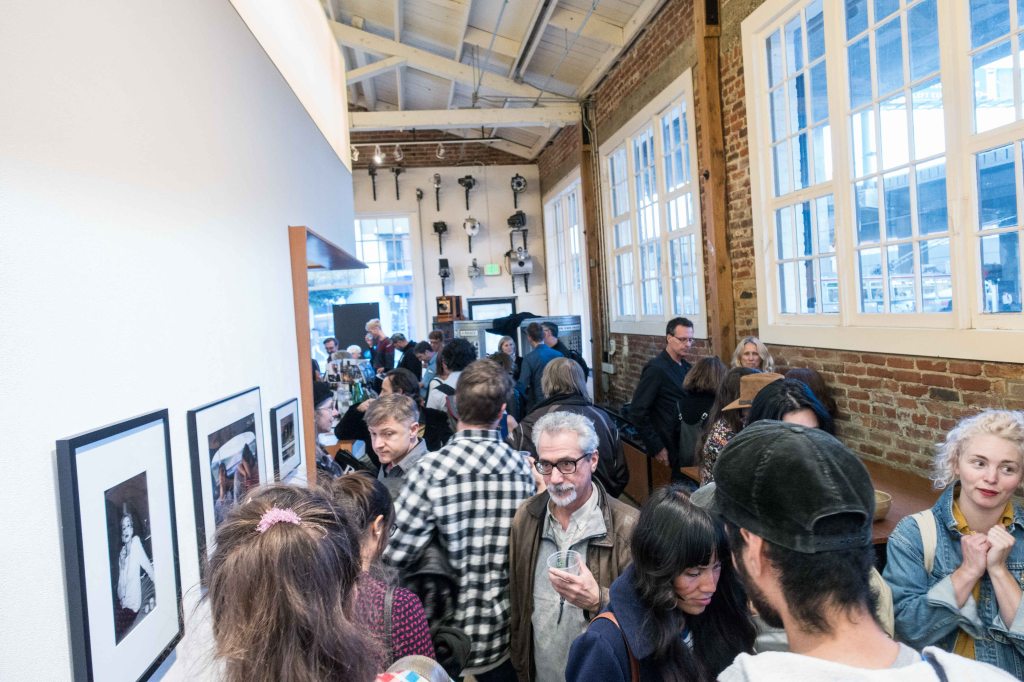 Good light, high ceilings, it’s a great gallery.  Not bad for socializing, either.

RayKo hangs prints along two long corridors, and they fill up with the crowds, who aren’t necessarily all that interested in looking at them.  People come here to network, socialize, meet and greet, drink, eat and hunt for sex.  It’s great.

There is one particular species that always amuses me.  You can always find men wearing very expensive cameras, not taking pictures, who I categorize as “Hello.  I have a Leica.  Want to have sex?”  The Leica (which costs over $10,000 with lens) is invariably worn diagonally with a thin black leather strap.

I presume that these cameras must get some actual use.  Perhaps these two guys are famous photojournalists.  Somehow, though, I’ve never seen a woman wearing a Leica that way at an opening……….

There are other people there who genuinely love to take pictures, and are using their cameras.  I saw this man with a very beat up, not expensive, camera taking pictures of people, just for his own entertainment.  He said he just loves doing it, he’s never happier than when he’s taking photos. 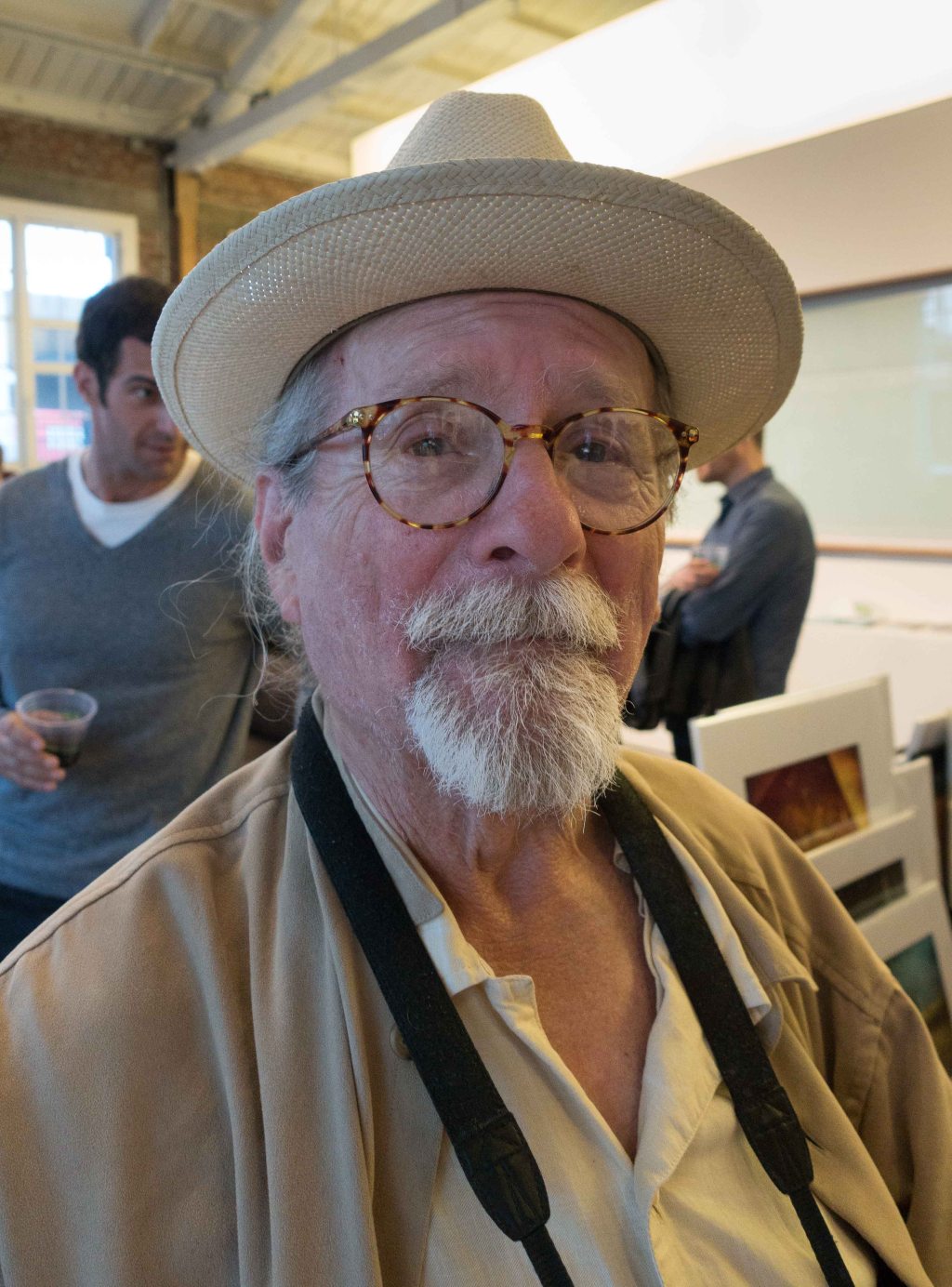 Uncomfortable at being on the wrong end of the lens.

There is some unwritten rule that openings must have raw veggies and dip, brie, and hummus with pita.  If you aren’t there early, though:

There is wine, too.  They sell it for a few bucks a glass, making a bit of profit for the cause.  I heard that they had run out, which is a bad thing because then people leave.  The woman I was standing next to then raced to the bar to check on the calamity, and was somehow able to score another glass.  I don’t think it was her second.  Maybe not her third.  I did like her hairdo, though.

Safe!!! Got another glass of wine.

Leaving, I noticed a modern trend–people standing on the street with their phones in their hand, waiting for their Uber to arrive.  I’m not sure what is happening with this person, whose car had just arrived.  Is he (she?) a vampire?  Michael Jackson impersonator?  Allergic to sunlight?  Yet another “only in San Francisco” moment.

It might be a a happy coincidence that the car has darkened windows.

If you haven’t been to gallery openings, you ought to give them a try.  Cheap wine, free snacks, good art and fabulous people watching.  If you have a Leica in your closet, even better.

2 thoughts on “The Gallery Scene”