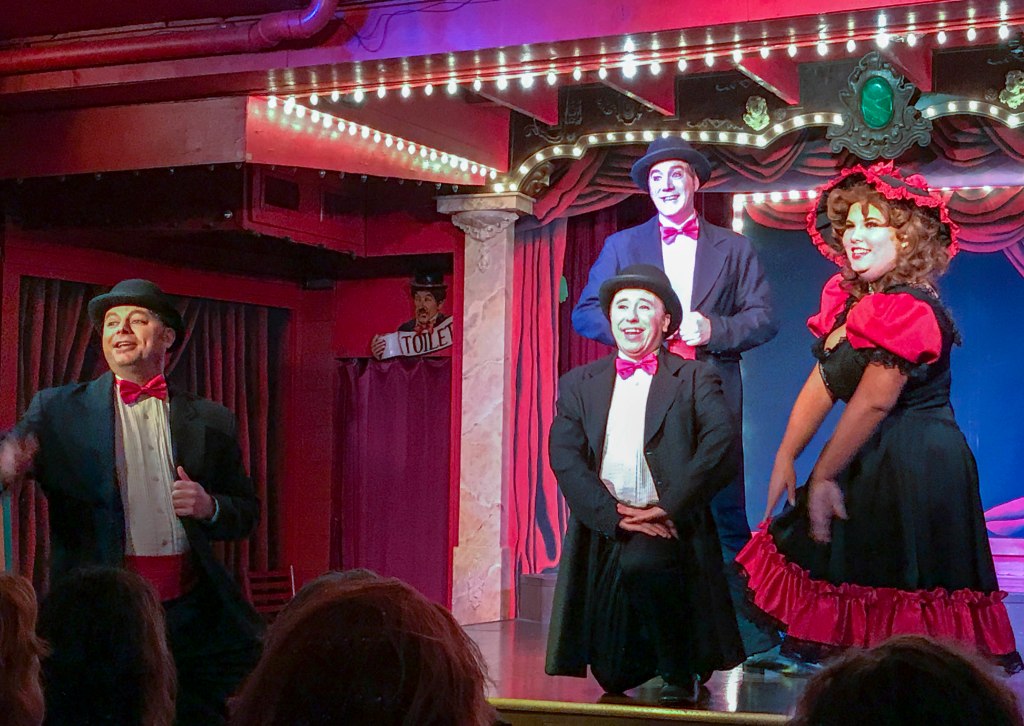 Saturday night in Gatlinburg, Mike and I traditionally do something non-bridge.  Frequently, this involves miniature golf, but that seemed too presidential this year so we went to the theater. 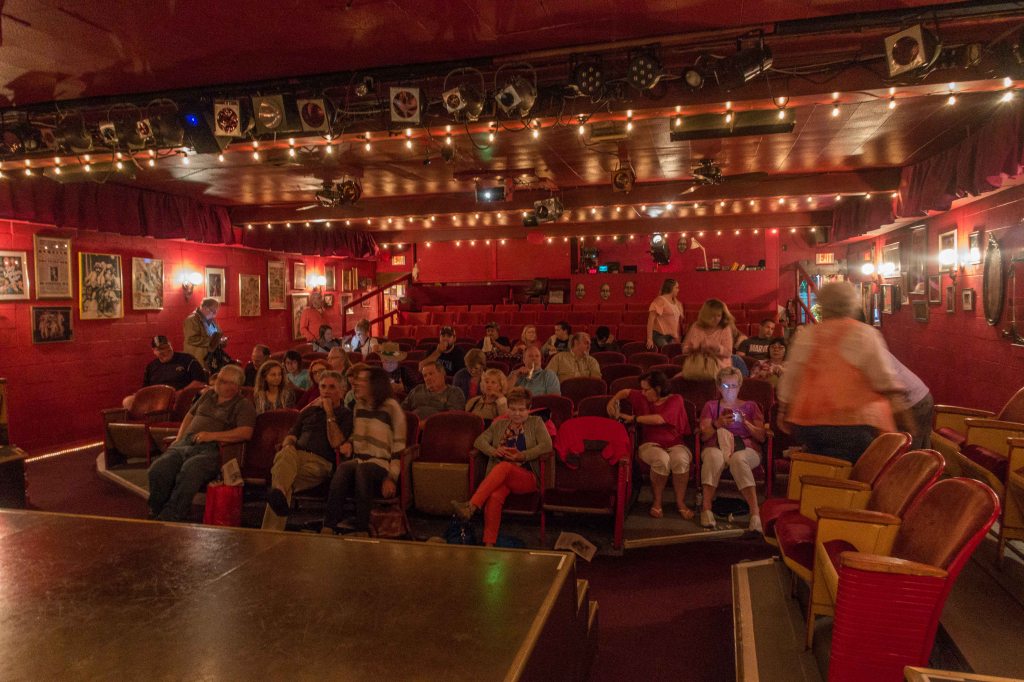 There are about 100 seats in the house.  It wasn’t filled on a very rainy night.

Not Hamilton or The Lion King or Streetcar, but the Sweet Fanny Adams Theater which has a comedy show every night, right there in downtown G’burg.  We learned about it while having dinner at the Trout House.  The players come through the local restaurants advertising their shows.

This is a small troupe, just 4 actors play all the parts.  Of course, one of the skits is just one actor playing all the parts in Romeo and Juliet by himself.  Other skits make good use of the audience for stooges, actors and foils.  The guy in the suspenders turned out to be a great singer, for instance.

The show runs 2 hours, with a 15 minute intermission.  They sell soft drinks but no alcohol, which disappointed Micky.  They also sell a CD of the performance, taped live every night, which is great if you were one of the ones called onstage and need to watch your humiliation anew.  That may explain why they try to get so many people into the act.

Scott Johnson performs a number of tap dance acts.  Christopher Sullivan is a comic, clown, juggler and magician.  Stephanie Butters is the femme fatale, the straight woman and singer.

Chris MacPherson was born into this theater: his parents founded it in 1977.  He does it all–hosts, sings, dances, acts and is creative director of the joint as well.

Most theaters give dire warnings about taking photos–this place encourages it.  So here is what the show looks like: 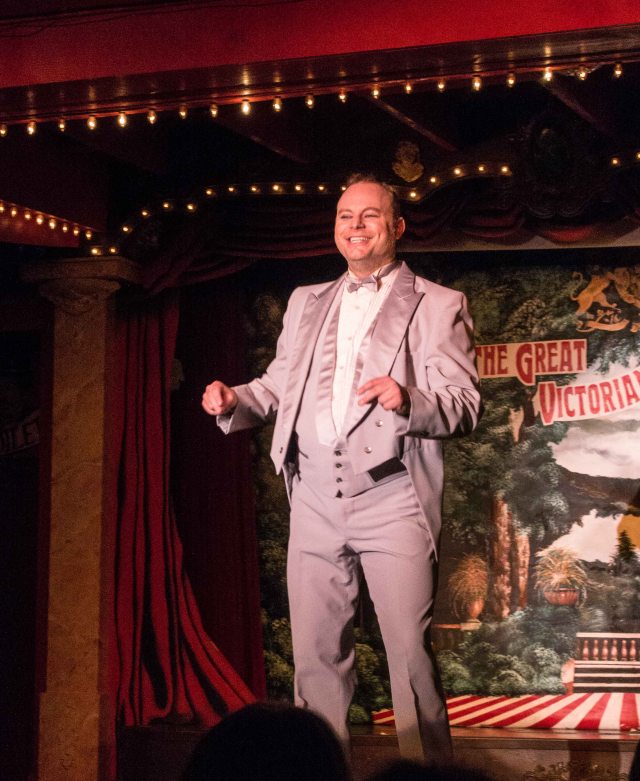 The price is a pittance–$25.  The actors are in front as you walk out so you can shake hands and say hello.  We had a completely enjoyable evening, and you will too.