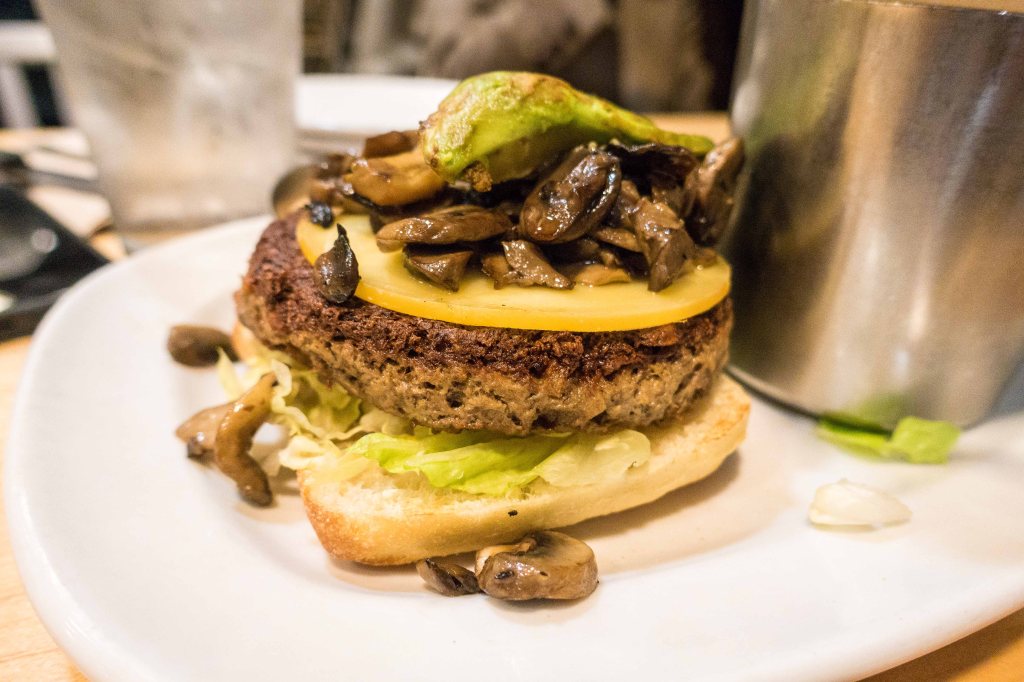 The Impossible Burger.  You know it isn’t mine with all those mushrooms.

I get the idea that one doesn’t want to eat meat, or anything sentient, or anything that has a face.  Not my choice, but OK fine, if that’s what you want.

What I don’t understand is how much vegetarians seem to want to eat something that looks and tastes like meat, it just isn’t.  I see “vegetarian chicken” on menus, but it makes no sense to me.  Every burger place around offers a veggie patty, made from various and sundry vegetables and mushrooms.  They don’t really taste like good beef, but people seem to want them for the illusion.

I like meat, but I sure don’t have any interest in a “carrot” made of beef to experience veggies without having to eat them.  If I want a carrot, I’ll have one.  I think if anyone wants a piece of chicken, or a burger, they should just go out and have one.

All this is preamble to having dinner last week at The Counter, a marvelous custom burger joint on California Ave. in Walnut Creek.  They’ve been advertising the new “impossible burger”, a manufactured slab of wheat, soy, potato protein, coconut oil and something called heme.  It is supposed to look, cook, taste and bleed just like real beef.  We brought our friend Reed, who eats chicken and fish but not red meat, as the official tester.

I have always liked The Counter.  You get to create a burger to your taste, with dozens of options and thousands of possible combinations.  Big patty or small.  5 kinds of bun, or put it all in a bowl with lettuce. Beef, turkey, fish, vegetarian patty, and now the Impossible Burger (which is $3 extra–so-called “ethical eating” isn’t cheap.)  They have great fries, sweet potato fries, onion strings,  and thick malts.  It’s kind of noisy inside, but you can’t have everything.  Go when the weather is warm and you can eat outside.

Back to the Impossible Burger.  The damned thing is good, real good. 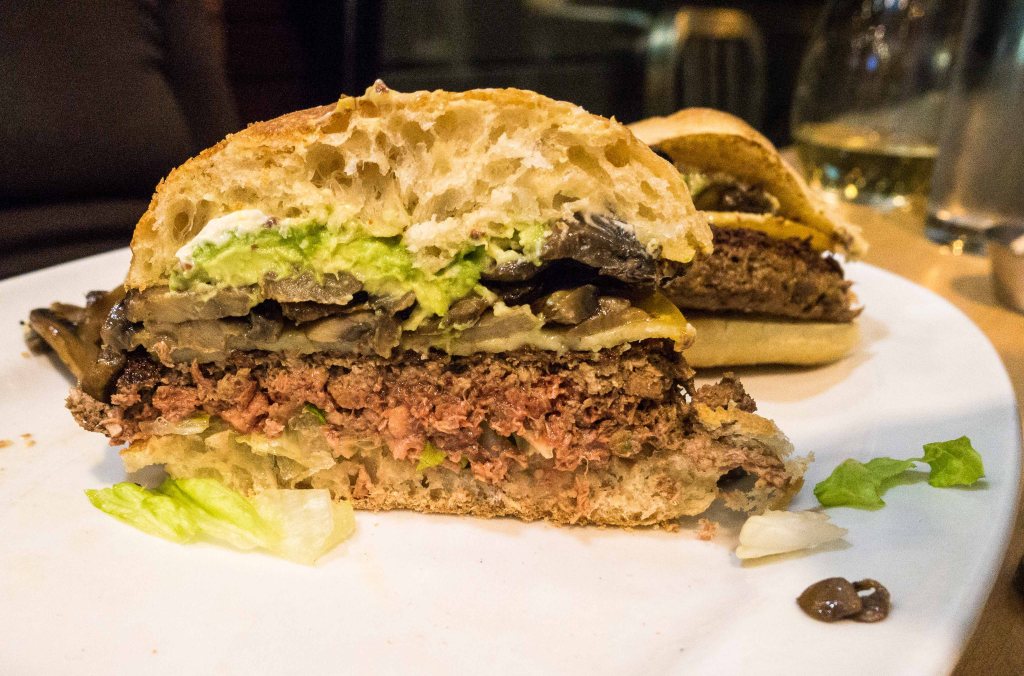 Reeds Impossible Burger was excellent.  Seared and crispy outside, red and tasty inside.  Looked, smelled, chewed and tasted like beef.  It’s everything a non-meat eater could ever want in a burger. You could easily be fooled by this–you just would never think it wasn’t real.

The Holy Grail of fake burgers has been found.  This one is the real thing.  If you’re a vegetarian who still craves burgers, head out to The Counter and have one.  Heck, even if you’re not a vegetarian–it tastes so good you’ll enjoy it and not get any of that nasty cholesterol.

4 thoughts on “The Impossible Happens”