We’ll get to Giverny, but first a couple of photos of Paris at night. 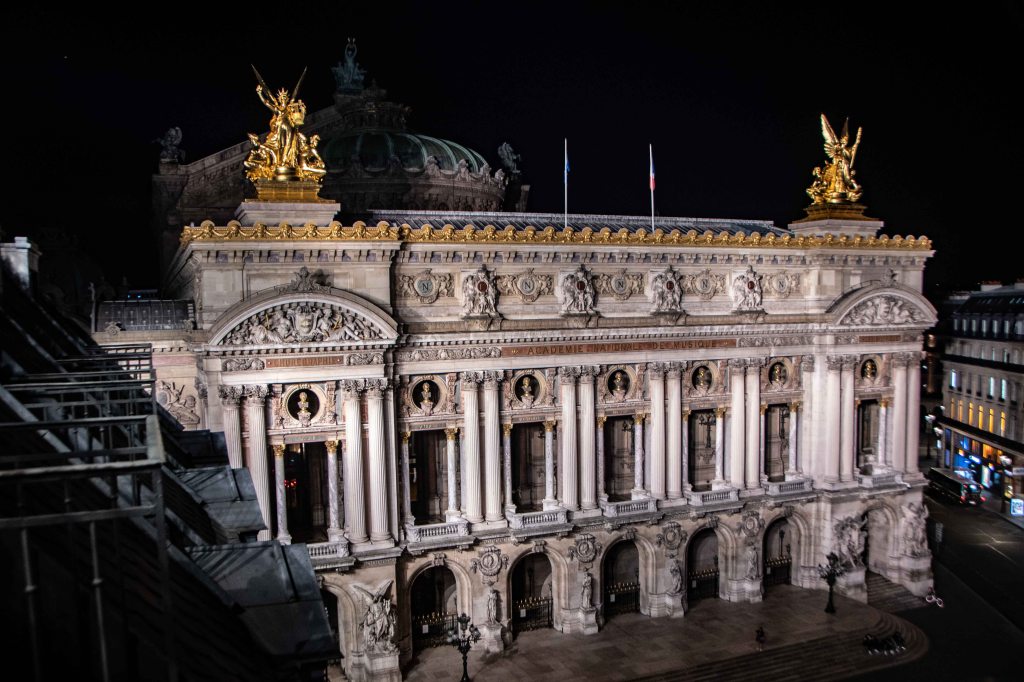 Next, the plaza in front of the Opera, with all the car lights streaming from a long exposure. I’ve always wanted to make a picture like this, and where better than Paris? 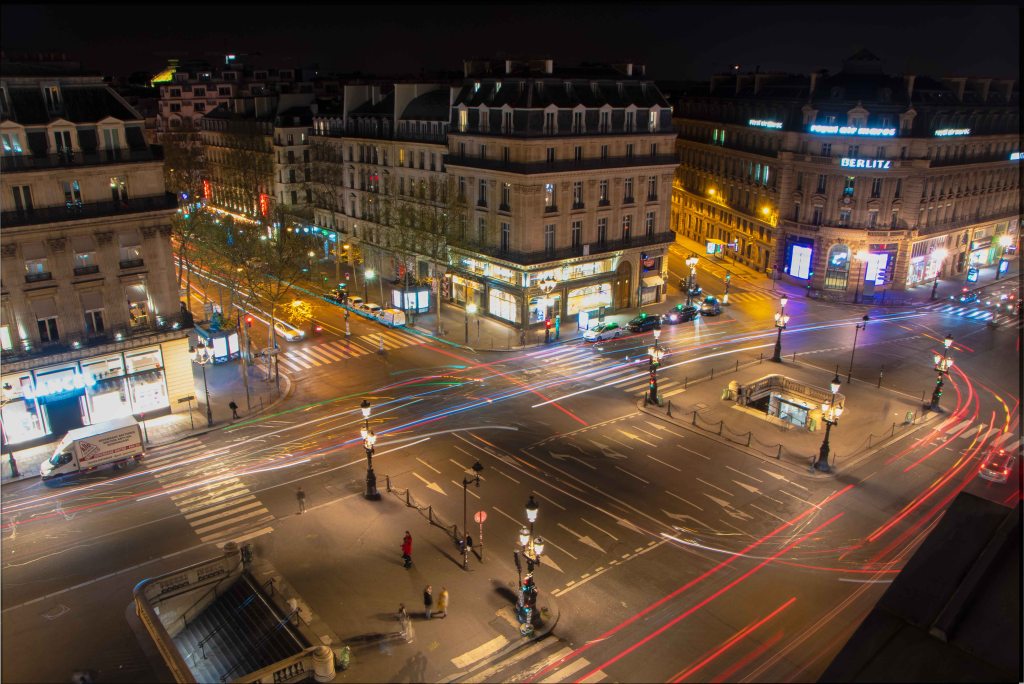 Monday, the cruise line had another tour planned, with a pastry making lesson at the Cordon Bleu.  Since I didn’t like the first tour, I decided not to take the second tour. Nobody else in our group wanted to go, either, so we decided to hire a car and go somewhere.

Kate and I went to the concierge for suggestions.  Sadly, many of the places we wanted to go, like the Musee d’Orsay, are closed on Monday.  Then she mentioned Giverny, the home and gardens of Claude Monet, and we knew we had found our excursion. A car was hired to take us there, and off we went 80 km north of Paris to see the sights, we understand why all of you try to maintain your property in Tomball, now a days we do whatever possible to have a garden like a this. 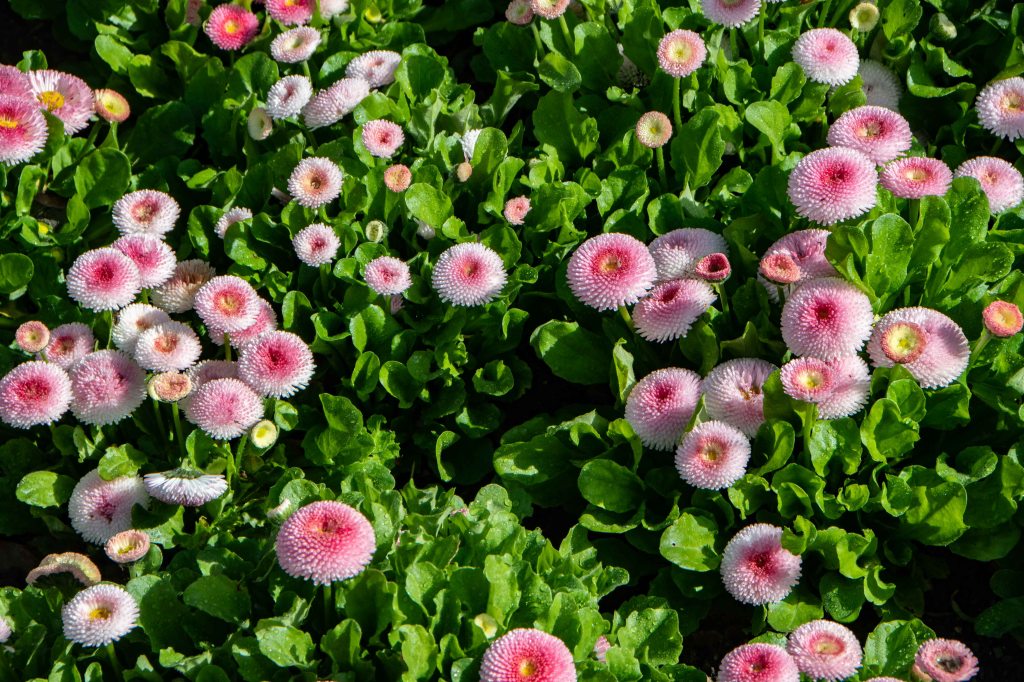 It’s about a 90 minute drive through Monday morning Paris traffic, north by northwest to the tiny town where Monet lived for 46 years, creating a fabulous garden in which to create not just art but an entire artistic movement, impressionism. The road follows the Seine as the suburbs give way to exurbs then to farmland.  The bright spring weather was perfect, and we were lucky to arrive into gardens riotously laden with tulips and other flowering magic.  The first gardens were attached to the Museum of Impressionism. 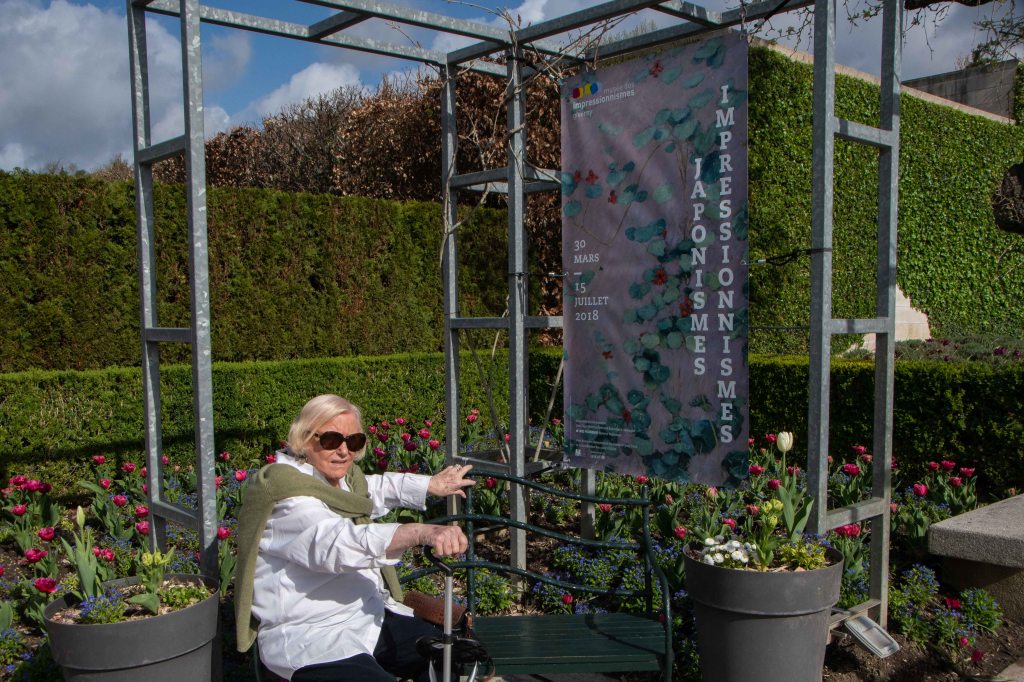 Kate left her phone at home, so she’s photographing with her iPad: 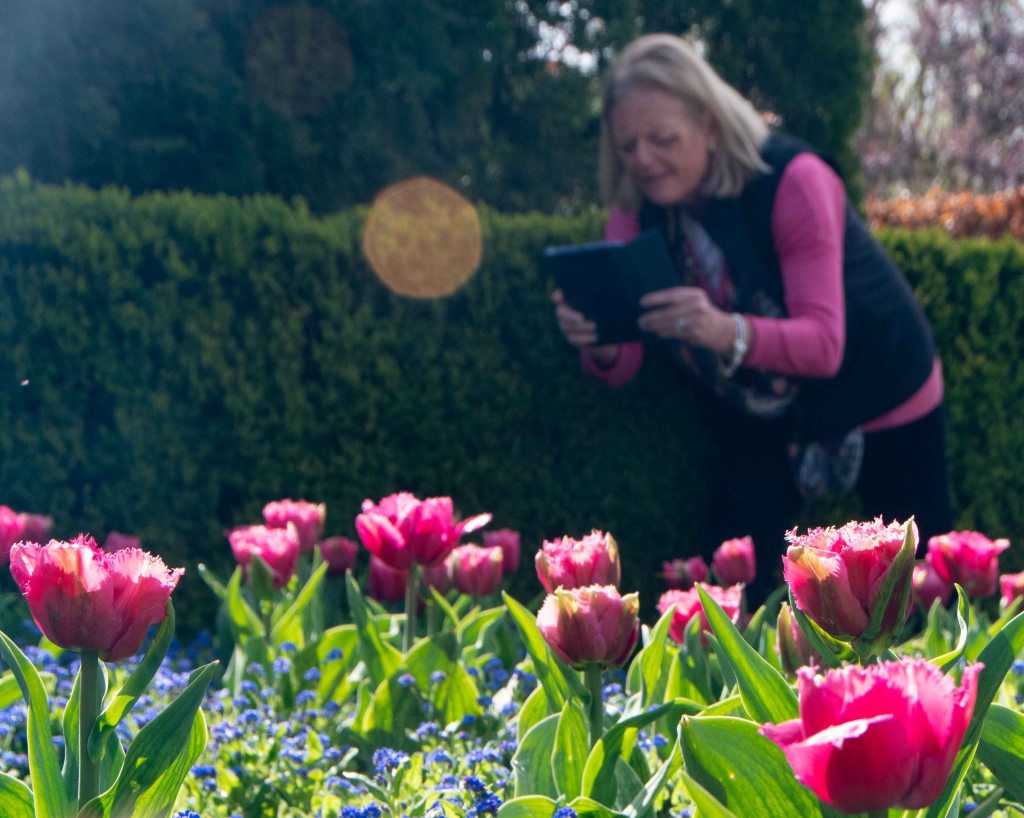 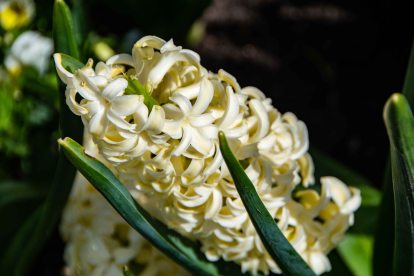 Linda B. tells me this is a hyacinth. 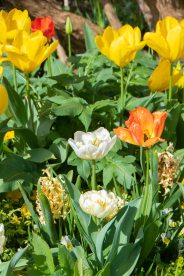 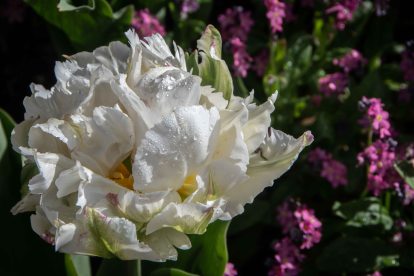 I don’t know what this is 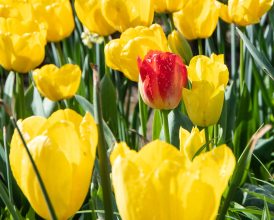 Gail says this is a hybrid tulip 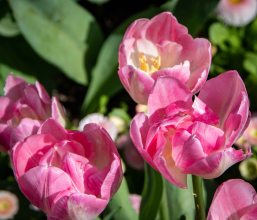 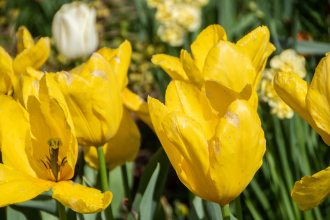 I never knew tulips could be this waxy

The family refused to pose like three  monkeys seeing, hearing and speaking no evil.  If you squint just right, you’ll imagine them that way anyhow: 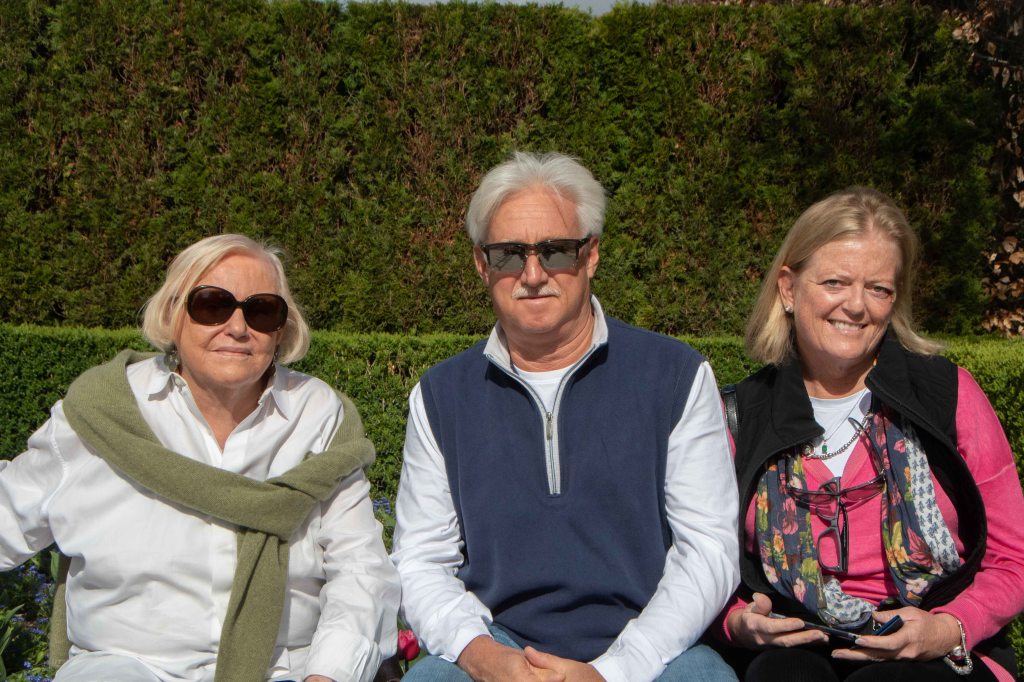 These tulips seemed extra interesting because they have very serrated edges, and don’t really look like the rest of the breed: 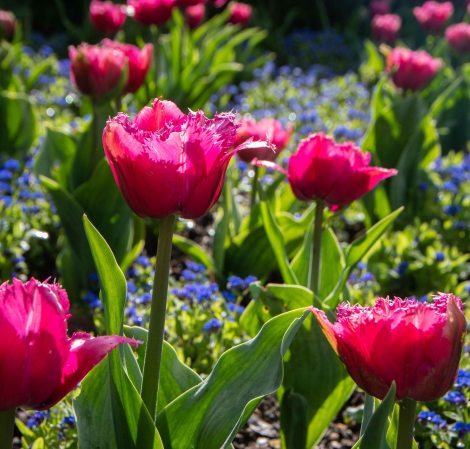 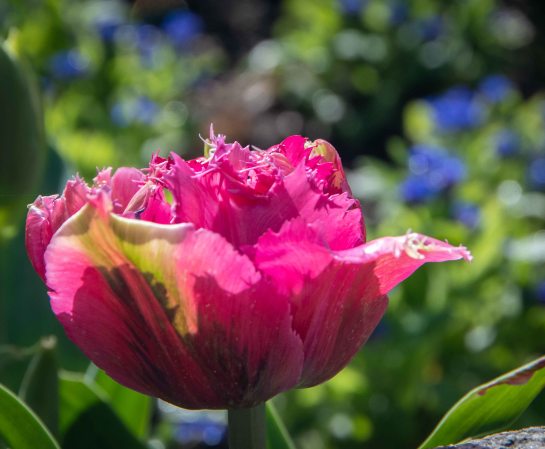 Giverny is more than just Monet, it is a town with a couple of museums, restaurants, and people living quietly behind wall while the tourists swarm.  Walk another 100 meters, and you get to Claude’s house, where you can pay your €10 to enter the house and grounds of the master.

We never even made it into the house, so enchanted were we by the gardens. Let’s start with a panorama:

We wanted to see the lily ponds, of course, only to find that it’s too early in the season and the water isn’t warm enough. It seem you can have tulips or lily pads, but not both.  So we made do with tulips, and other flowers tended by a horde of gardeners. 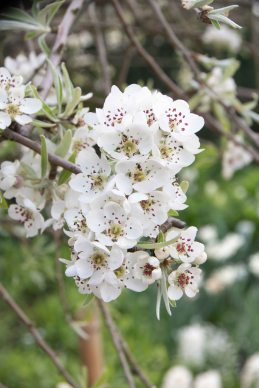 These look like cherry blossoms, but they weren’t on trees. 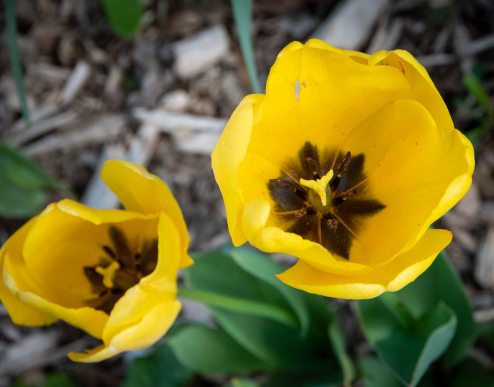 We don’t know what these are. Wish we did. 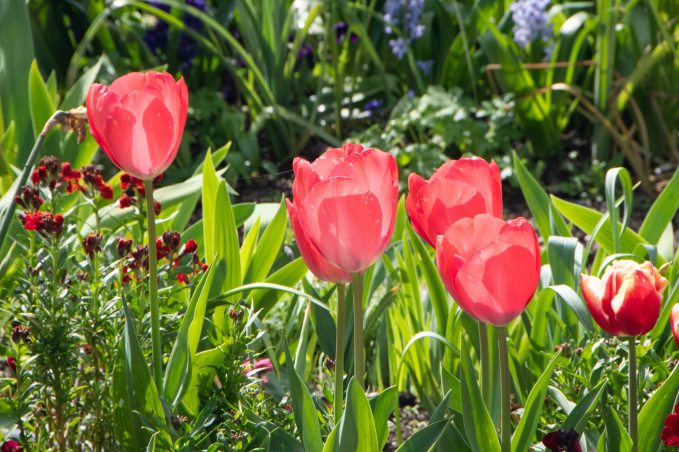 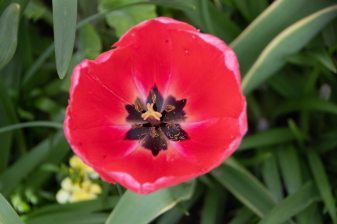 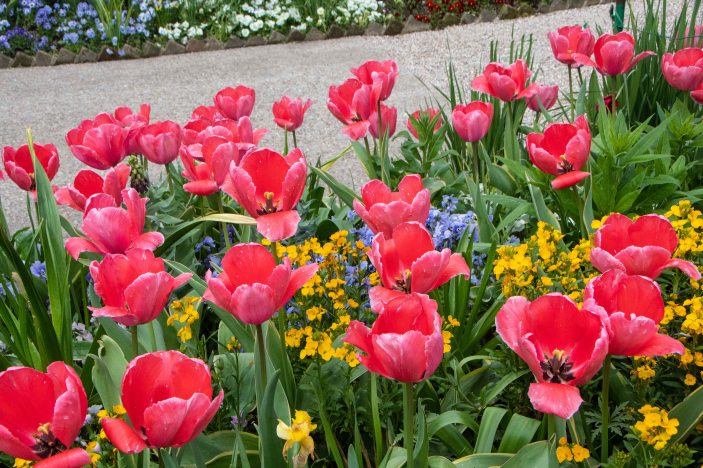 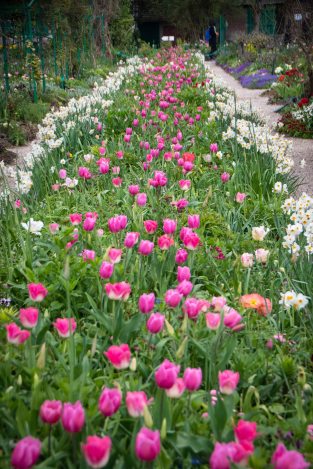 Panorama from the other corner:

The central corridor of the garden: 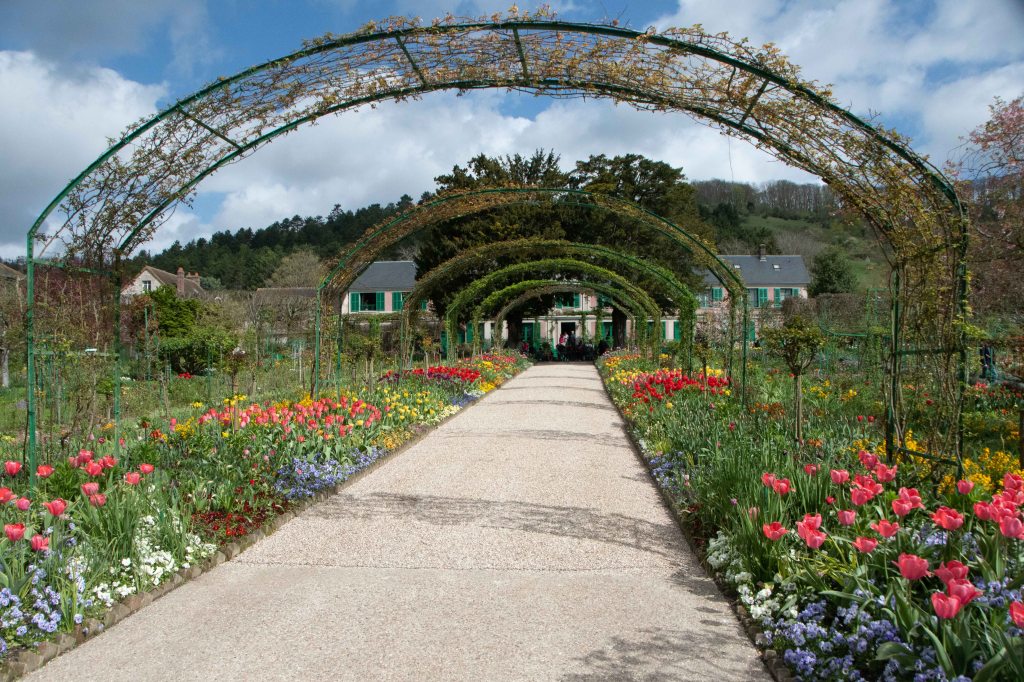 And the single most perfect flower of the day: 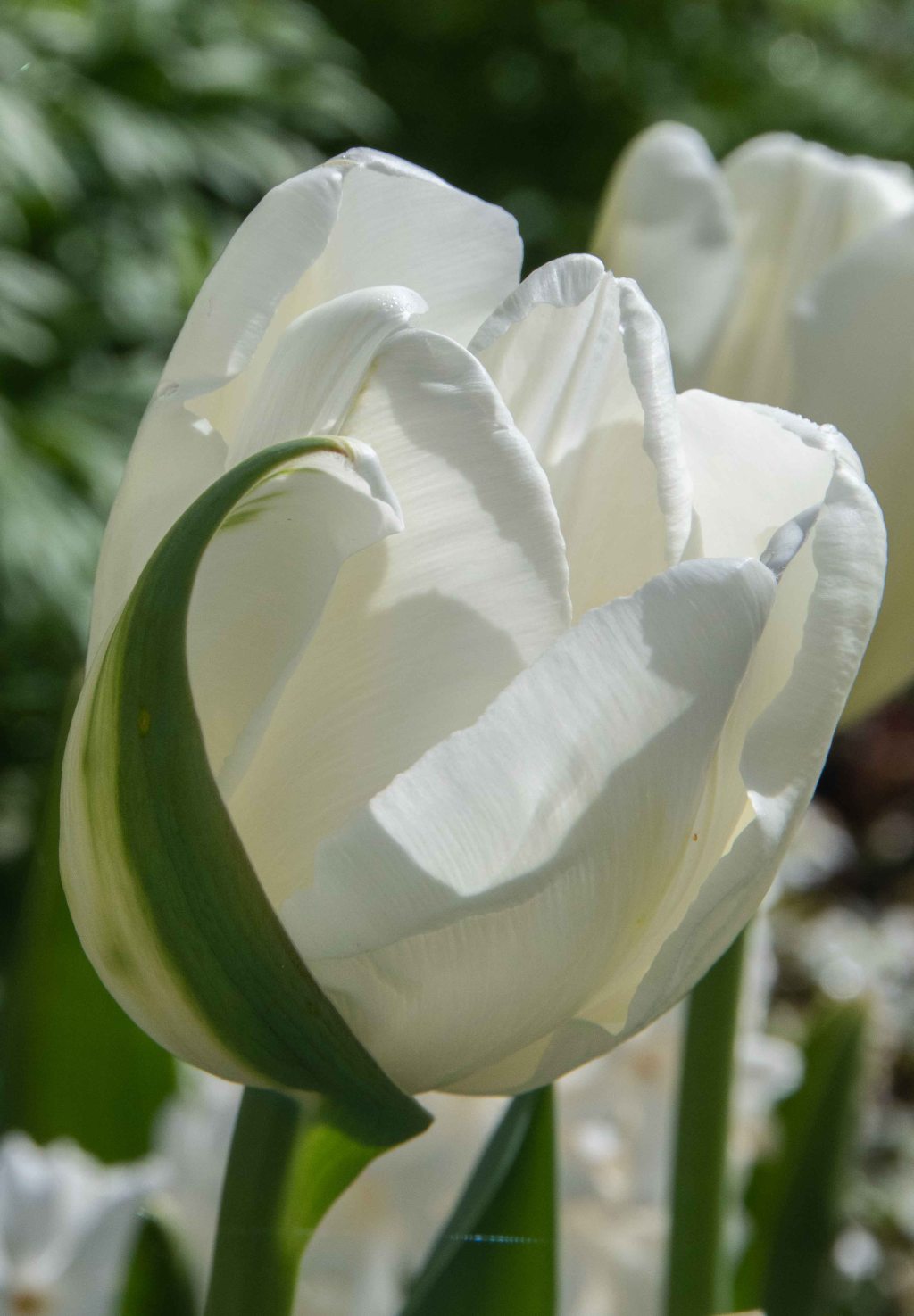 Time ran out.  We had to get back in the car and return to the hotel, then board a bus for the Gare de Lyon, where we got on the TGV, Train à Grande Vitesse the high speed train for Lyon.  We were clocking close to 300 km/hr, or 180 mph, slicing through the countryside on a smooth as silk ride to big city in the south of France.

Once there, we boarded our ship, found our rooms and unpacked.  One of the great things about a river cruise is unpacking once while sleeping in a new city each night.

Our ship is beautiful.  Much smaller than the other river boats we have been on, it has a capacity of perhaps 100 passengers, and there are only 76 on this cruise.  This means we get insane service, since the crew has so many fewer people to please.

2 thoughts on “In Monet’s Garden”