Toby and a very emotional Mom wait for the bride.

It was a great day.  Monday, June 25, Toby, the kid I used to carry into bed every night, married the beautiful, sweet, smart Léa Meerson on the roof of a facility overlooking the sun setting on the Mediterranean while traditional klezmer music played.  Every last part of it was beautiful and perfect.

Family and friends flocked in from around the world. 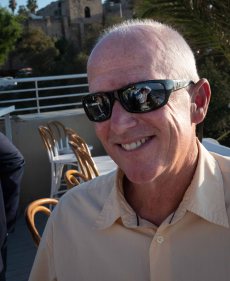 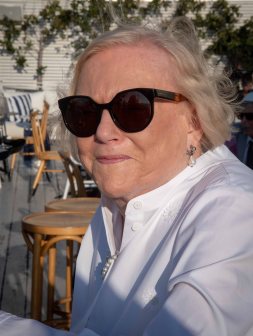 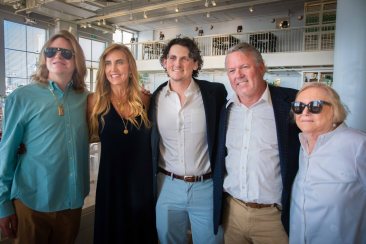 Toby’s dad was there, of course.

Toby’s best friend since they were 4, Matt Klein, held up his part of the chuppah.

Toby walked down the aisle with his mom and they took their place, waiting for the bride. 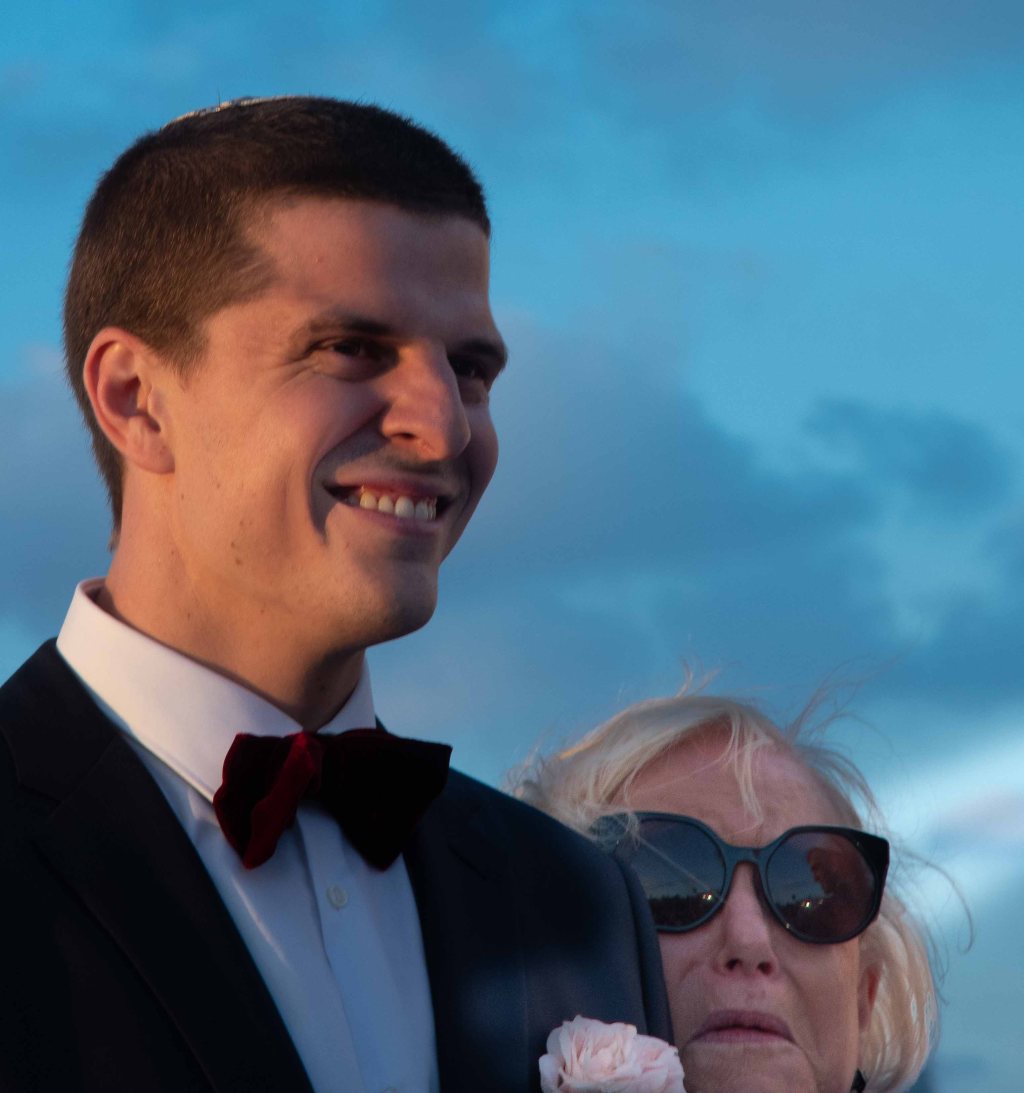 Léa, flanked by her father, Peter, and her mother, Esther

Following tradition, Toby met her along the way to verify that nobody had switched brides on him.

The bride continued the walk, as beautiful and happy as anyone could ever be.

Toby put the ring on her right index finger.  At that moment, they were married. 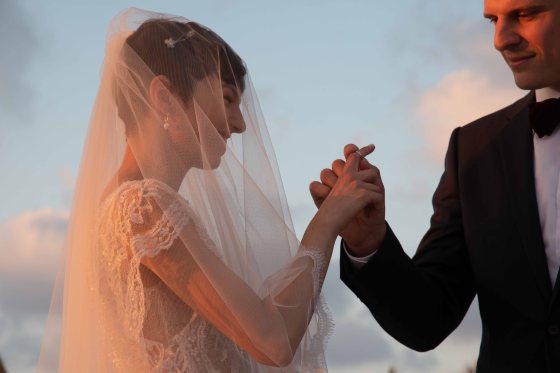 A girl has to show off her ring. 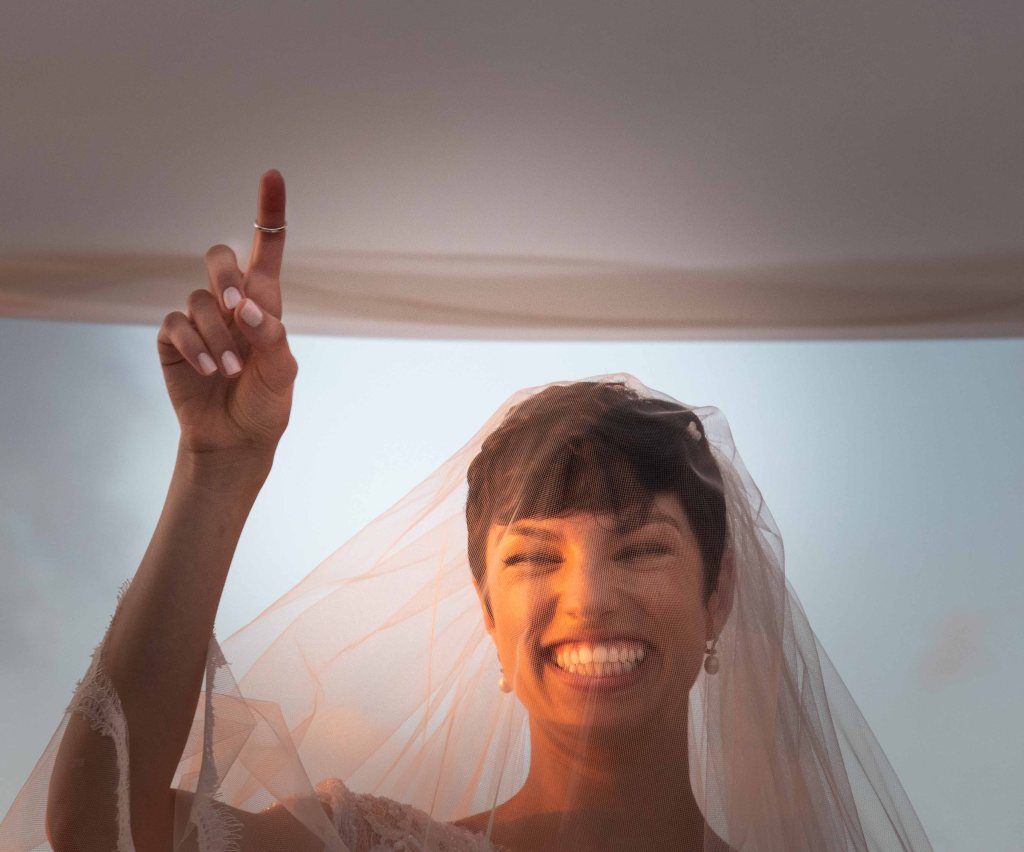 Toby broke the glass, and it was time to party, the party was amazing thanks to the team at http://epiceventsnj.com/. 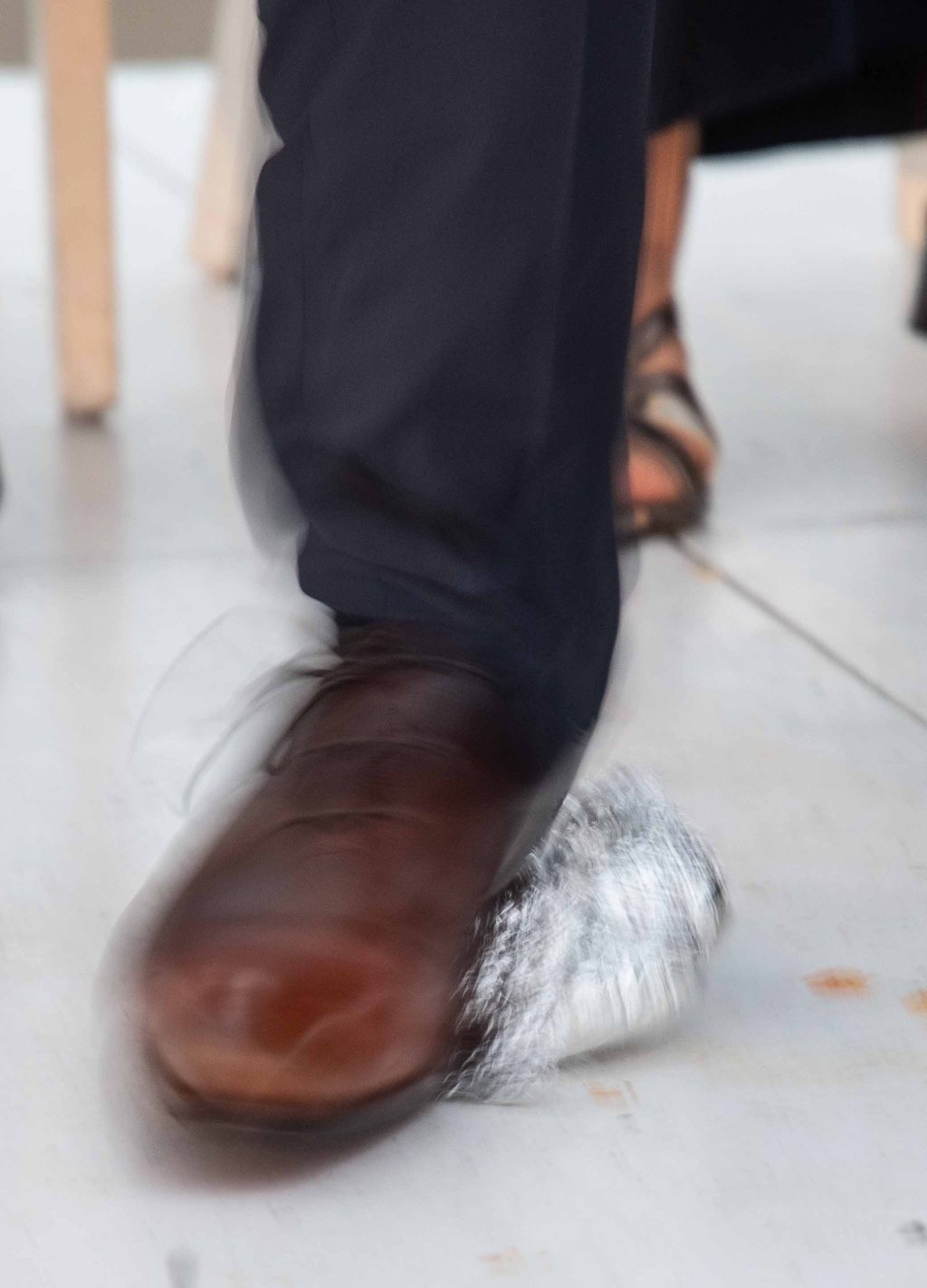 Before we went downstairs for dinner and dancing, there were the formal photos to take.  The professionals set up their lights and posed everyone, I just snuck up behind them to grab a few frames for myself. 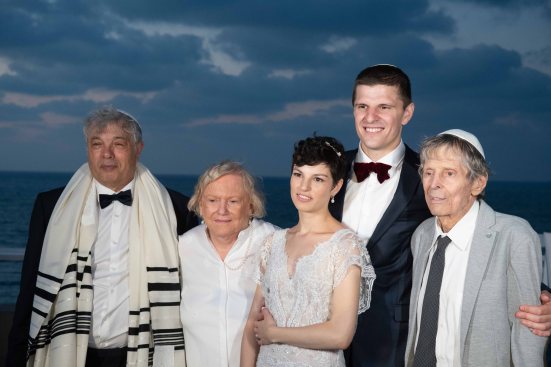 Downstairs, the 180 guests were seated and the meal began.  Apparently, the motto of the Jews is “they tried to kill us, we survived, let’s eat”.  We had enjoyed a some wonderful appetizers before the ceremony, and then we got salad, then fish, then steak, then chicken sliders, then dessert.  Nobody went home hungry.  With an open bar, nobody was thirsty, either.

Next up was the dancing.  A temporary wall was placed in the middle of the dance floor, and for the next 30 minutes the orthodox tradition of gender segregation was followed–the men danced on one side, the women on the other.

The groom danced the most.  With his new father in law: 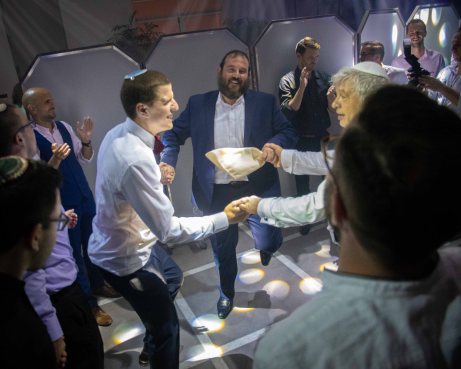 With his best friend:

With a cousin we don’t really know: 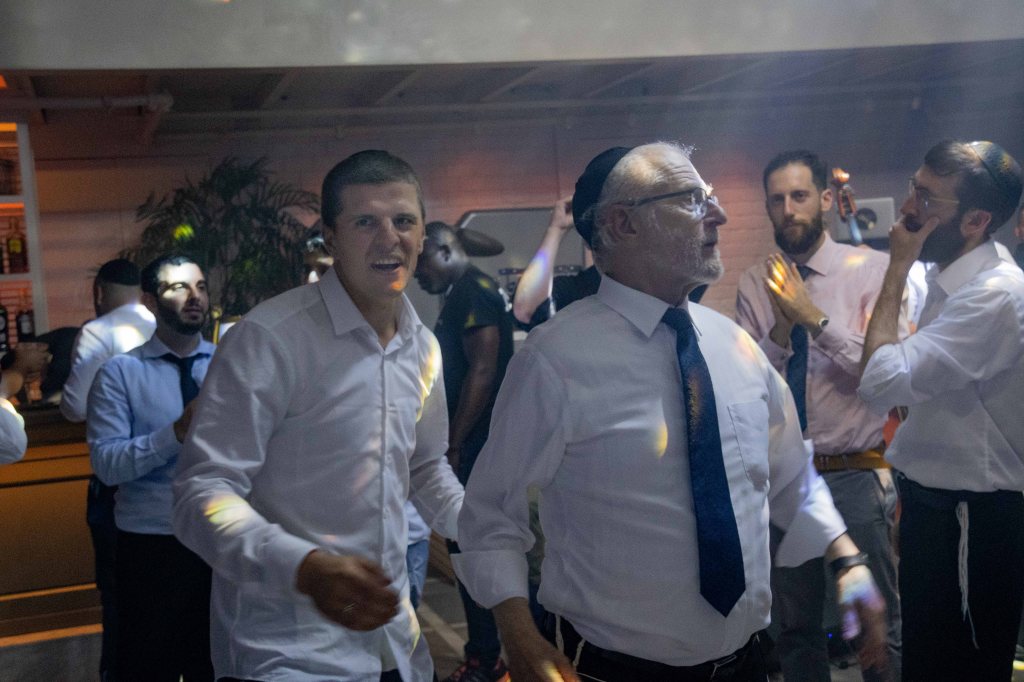 With his crowd of friends:

Checking out the women’s side, there was just as much happening: 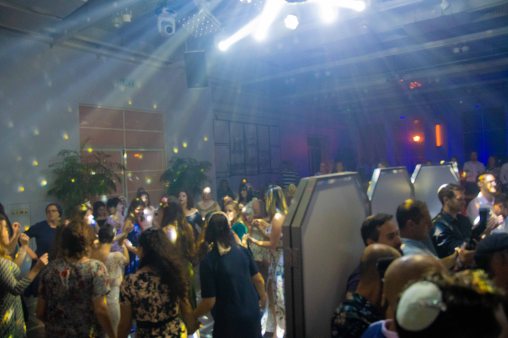 Léa was dancing with everyone, here with her sister:

With the  mothers and her new sister in law and nieces: 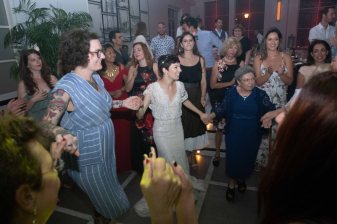 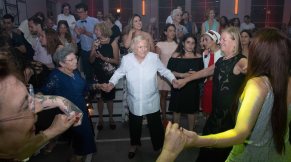 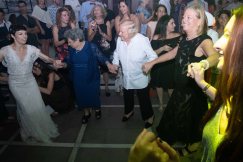 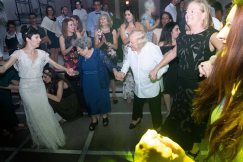 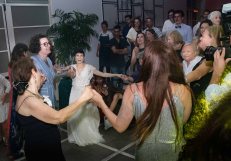 Léa is a grown and married woman, but she will always be Daddy’s girl 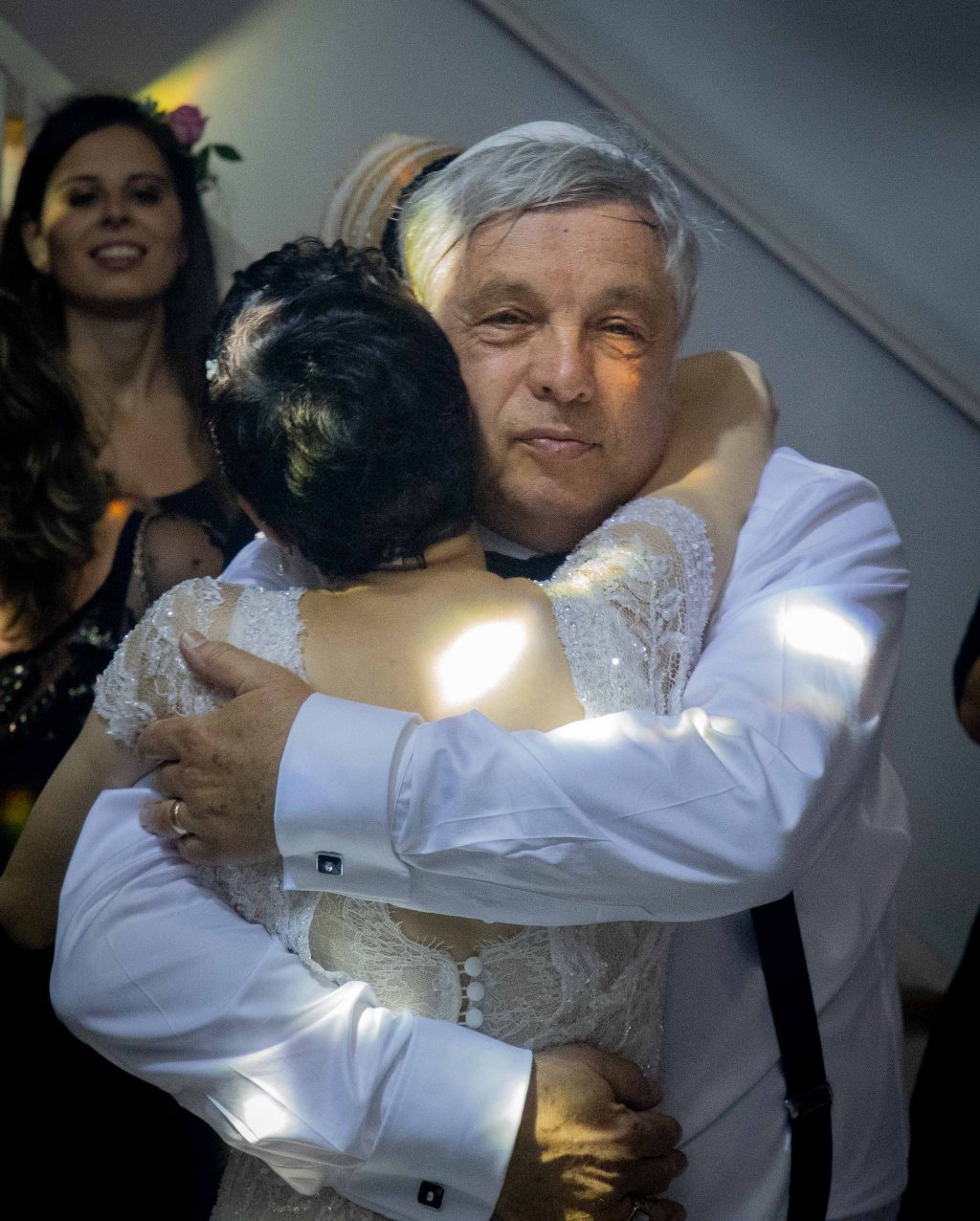 Of course they danced the hora, where the bride and groom are put on chairs and raised above the crowd, and the wall, so they can see each other despite the separation.

Our friend Reed was there: 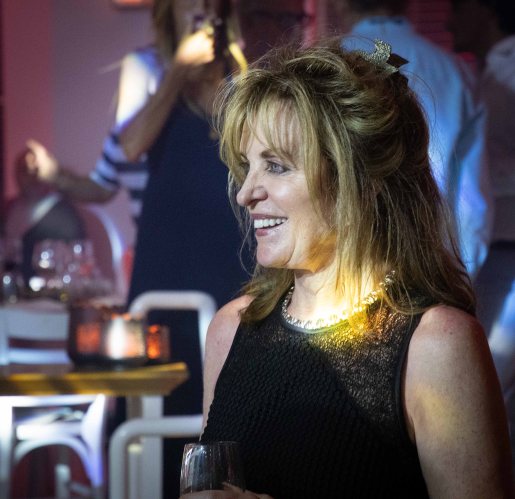 And this guy, who goes everywhere I go for the last 35 years (and has watched Toby grow up with me): 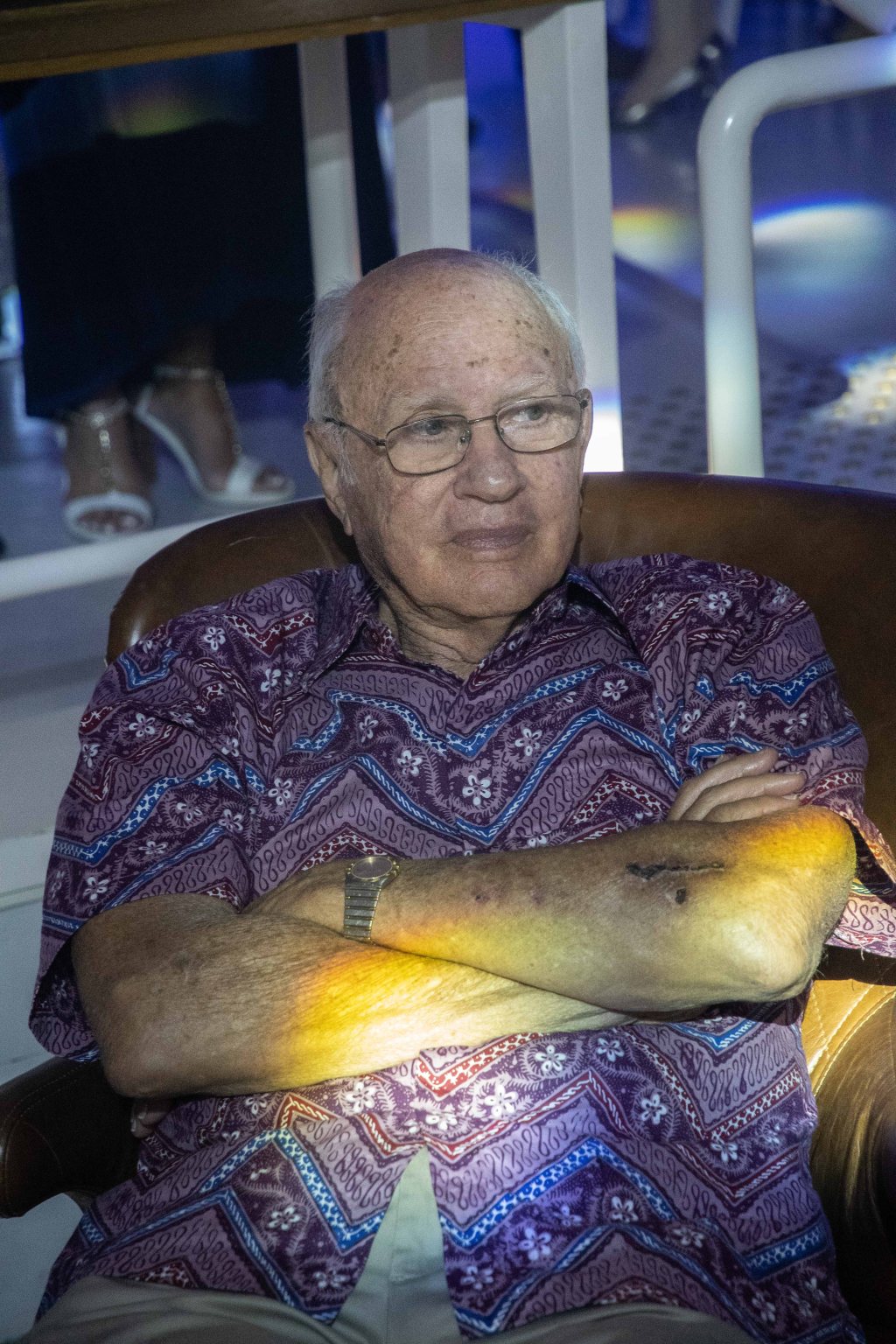 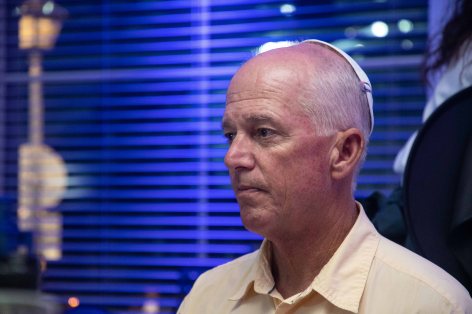 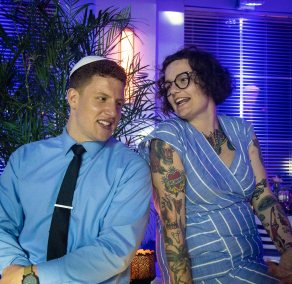 And we were done.  At least all the old folks, like me.  We called taxis and hightailed it back to the Hilton, while the young people danced until they closed the place down at 1 am, then stayed and partied in front of the building, facing the beach, until 4.

This was a glorious wedding, in my unprofessional and thoroughly biased opinion. Reed was impressed, and she IS a professional, having thrown weddings for 25 years.  Everything was just perfect, beginning with the bride and groom.  They should have long life and many children.  Or some.  Maybe a couple.  I guess they get to decide.  I’ll just say mazel tov and shut up.

Toby and Léa will be in California in 3 weeks as we celebrate Demi marrying Matt in our yard. Looks like we can have fun all over again.

2 thoughts on “The Wedding”