Out with the old, in with the new

The Hotel Shattuck Plaza, on the corner of Shattuck and Alston in Berkeley, was home to Five restaurant for quite a few years.  Growing tired of the concept, management closed Five, remodeled the dining room and bar, brought in a new chef from New York, and opened Zino, a Mediterranean dining establishment, in the same place.

Hotels have to have restaurants.  They don’t have to make money, just be there to attract guests who will take expensive rooms.  People won’t stay in a $300 a night room if they can’t get breakfast, lunch and dinner on-site.

So, Zino!!  A very nice, modern, fresh Mediterranean restaurant with good food and service, as befits a 4 star hotel.

We had lunch there Sunday with a couple of the grandkids–if you can call successful adults “kids”.  The food was first rate, the service excellent.

We started with the hummus.

House made hummus, topped with baked tomatoes and served over fresh pita.  Not quite like Habib’s House of Hummus in Israel, but not bad.

Granddaughter Tessa had the eggs and chorizo.

She chose to have the eggs poached.  Served over potatoes, peppers and chorizo.  Beautiful to look at, tasty to scarf down.

Presentation and attention to detail are the hallmarks of fine dining.  See how they serve toast: 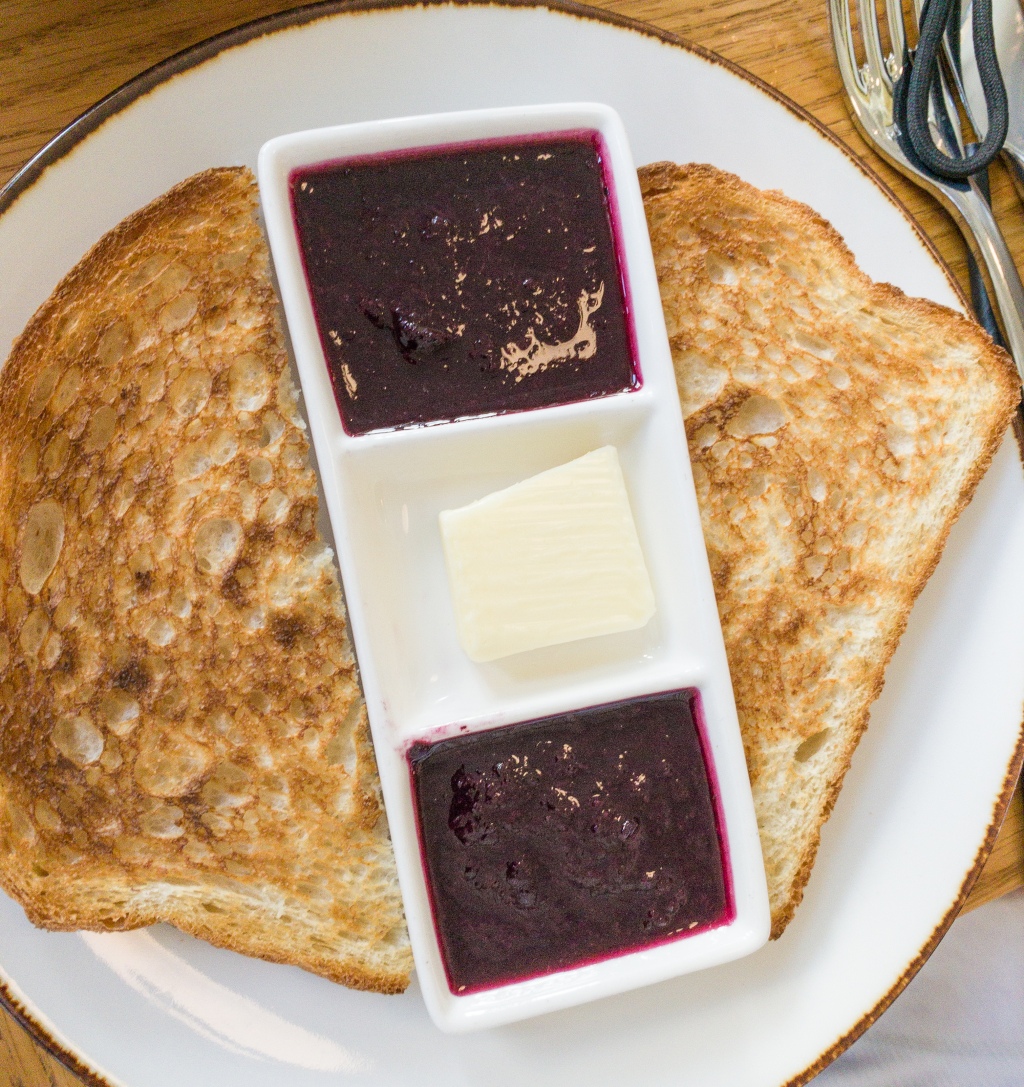 Sure, it’s just warm bread.  And only 1 slice.  But the presentation!  That triple dish with butter and housemade jam, diagonally bisecting the bread.  It’s a picture–and you eat with your eyes first.

Strangely, Gail and I both ordered the same dish–the Za’atar Omelet. 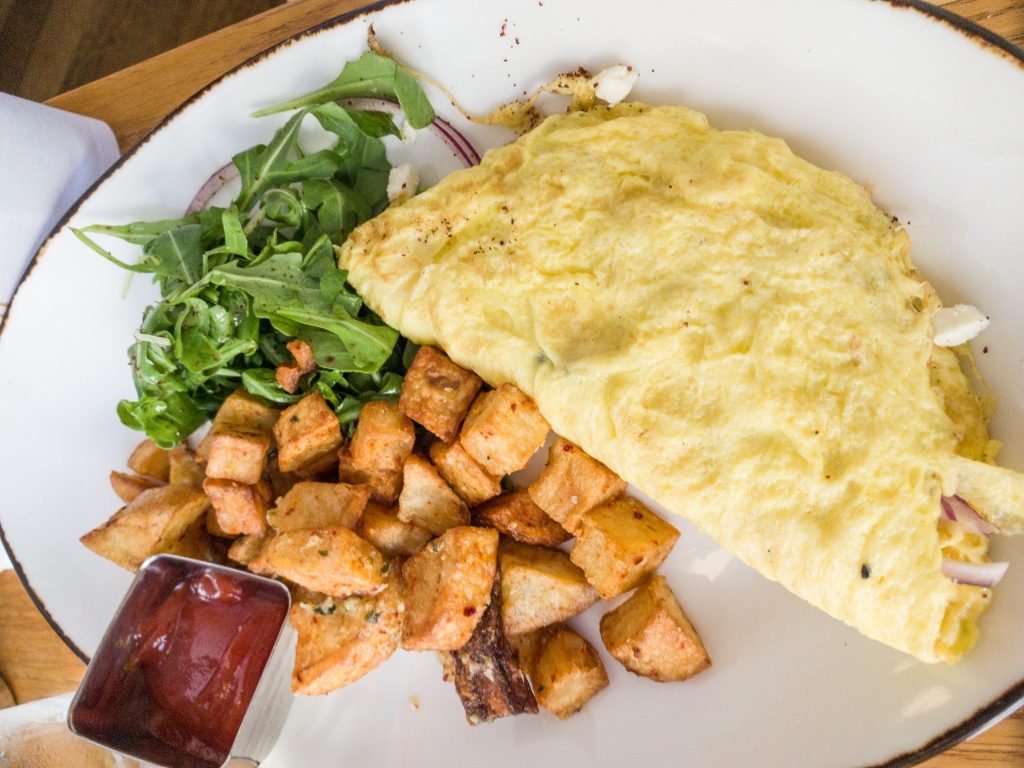 And we were both a bit disappointed.  Nothing wrong with this dish, but he Za’atar just didn’t have much flavor.  It is a North African spice mix of oregano, marjoram and thyme, mixed with toasted sesame seeds.  We were hoping for an exotic flavor, and got—nothing.  Eggs, feta cheese yes.  Strange African spices? No.  The potatoes were just cubes of fried spuds, needing spice or onions or cheese or something.  The arugula was, well, arugula.  There was nothing particularly wrong with this dish, but it’s just an omelet, nothing special.

Grandson Chris had the “tartine”–I’d be more specific, but the Zino website doesn’t have a brunch menu.  In truth, it was just fancy avocado toast.

Service was absolutely first rate, perhaps because we were the second table of the day and there was more staff than customers.

The new chef, Brandon Hicks, is also a Certified Sommelier, so there is a fine list.  I guess. What do I know about wine?

I do know about iced tea–and Zino is on the bandwagon of fruity, flavored, sport drink iced tea.  They were good about bringing me a pot of black tea and two glasses of ice.

Zino was fine for Sunday brunch, and will, I expect, do an excellent dinner trade because they are just a block from Aurora Theater and Berkeley Rep.  Prices were reasonable for being in a hotel, which isn’t necessarily reasonable at all, but I don’t have any complaint.

Five is dead, Zino is alive.  We liked it, you will too.