I won’t fall for that again

Thursday night at dinner we were offered potato and green garlic soup, but the tomato soup was delivered.

Tonight, Gail and I went to our local favorite, Metro, and the universe got back in balance when the soup du jour was potato and green garlic.

Gail ordered a cup; I opted for a bowl. 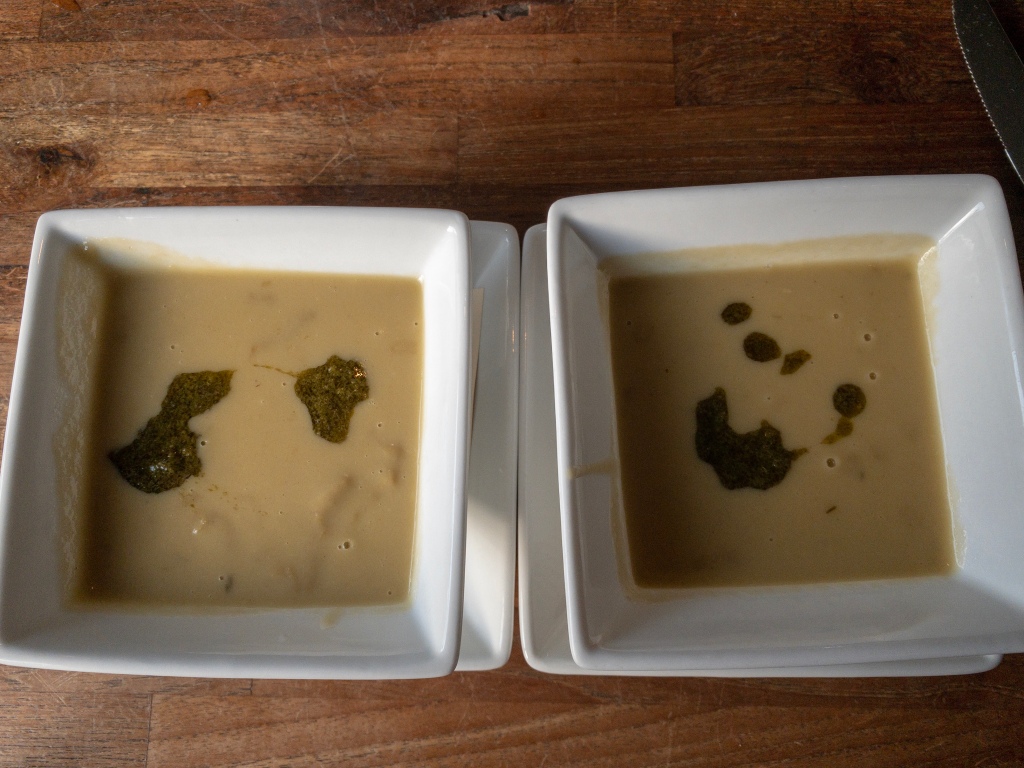 I know every little bit helps with the tiny margins restaurants operate on, but this is ridiculous.

Naturally, five minutes later it occurred to me that the proper response would have been to tell the runner who delivered this silliness that I had changed my mind and he should take the bowl back and just bring me a cup.

The good news is that the soup was everything I had hoped for. Green garlic is nowhere as strong as the garlic we are accustomed to, so the soup isn’t overpowered.

I still like Metro, and we’ll eat there again. I won’t be ordering any bowls of soup in the future.