Last night we were like cool people in the big city.  Dinner out and a concert at Davies Hall.

The concert was a production of Carmina Burana, and we went because our friend Chuck Wong is a singer in the San Francisco Choral Society, the artists performing the production.

A reviewer is supposed to make intelligent commentary, but since I don’t know much about singing I have nothing to say.  The obbligato was sufficiently obliging.  The treble didn’t need to be more tremulous.  There was a first piece, which none of us liked.  Then there was Carmina Burana, which most of us liked (Gail turns out not to be a fan of whatever kind of music that was).

We ate at The Boxing Room, a Southern themed bar/restaurant just 1 block away from Davies Hall and across the street from the parking garage.

Loyal readers, if such there be, will remember my trip to Gatlinburg a couple of years ago when I was hunting high and low for good hush puppies.  Just like the moral of all those old fables, I found what I had been looking for right at home.

The way God intended for hush puppies to be

Lisa thought that they were to “custard-y”, but I think I need to try another 10 or 12 before I can say a thing like that.  The accompanying pepper jelly was great–not too hot, just sweet enough.

Gail had the red beans and rice. 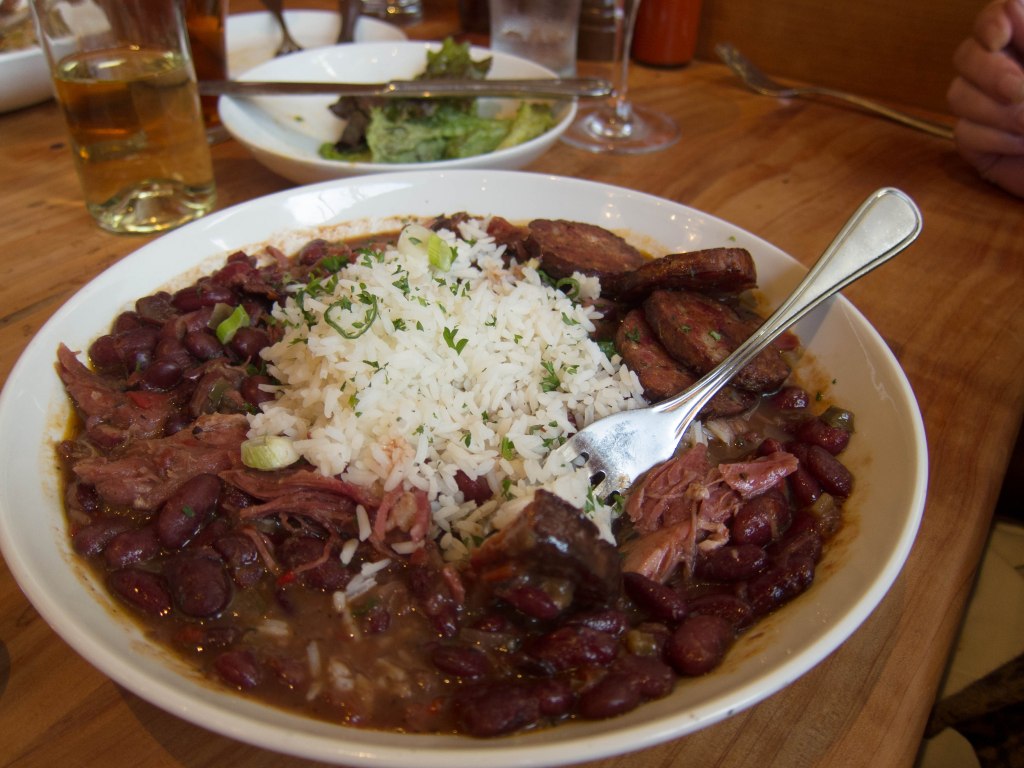 This is the large portion–and it was very large indeed.

Spicy red beans, ham hocks and some undefined sort of sausage, with a goodly dollop of white rice (or brown for the tree huggers).  There is no way Gail would be able to finish a plate this large, but she gave it the old college try.

Lisa, Jack and I all ordered the Duck and Sausage Jambalaya. 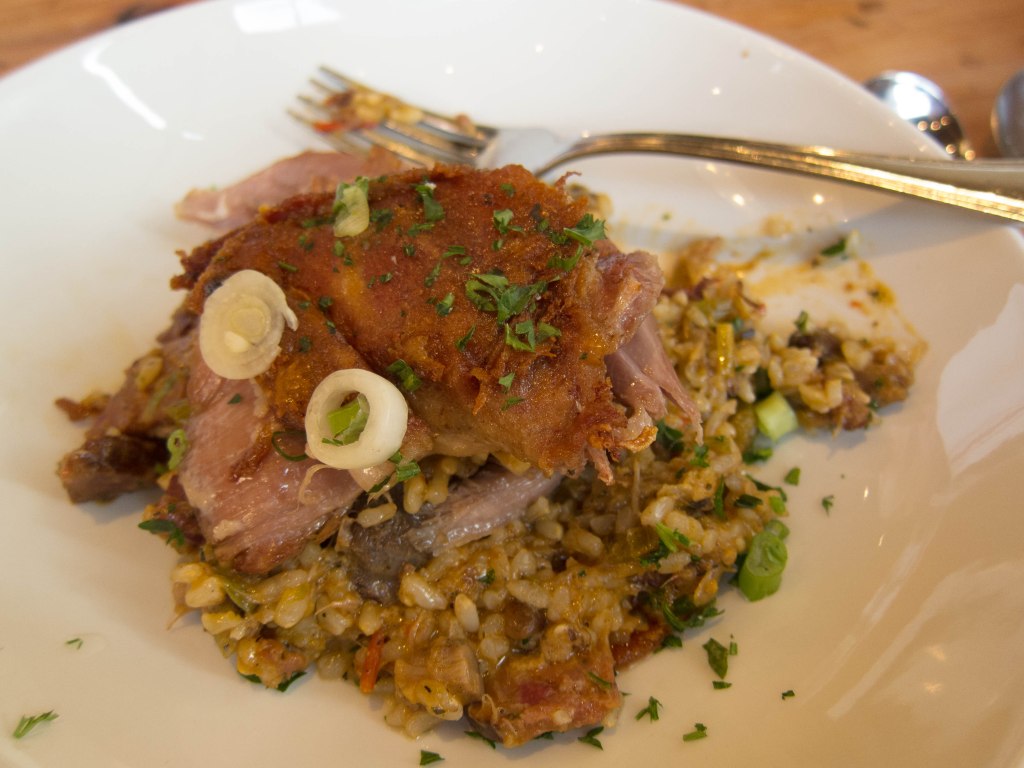 It looked so good I started eating before I remembered to take the photo.

“Duck confit” means they cooked the duck in more duck fat, which makes it all the duckier.  All three of us cleaned our plates.

Those southern folk have devised a way to eat dessert with their meal–corn bread and honey butter.  We (ok, I) had to order the muffins, and I’m glad we did.  You need something to push the last of your rice onto your fork, and what could be better than a bit of cake?

The service started slowly, but the place was mobbed on a Saturday night before the performance.  They caught up well, and were not only professional but clearly adjusted to the exigencies of their location–the server asked if we had a curtain time to meet and offered to keep the boxed leftovers for pickup after the theater.

We liked The Boxing Room so much that we went back after the show for dessert, so I guess that means I seriously recommend this place for dinner.