Camped out in Rome 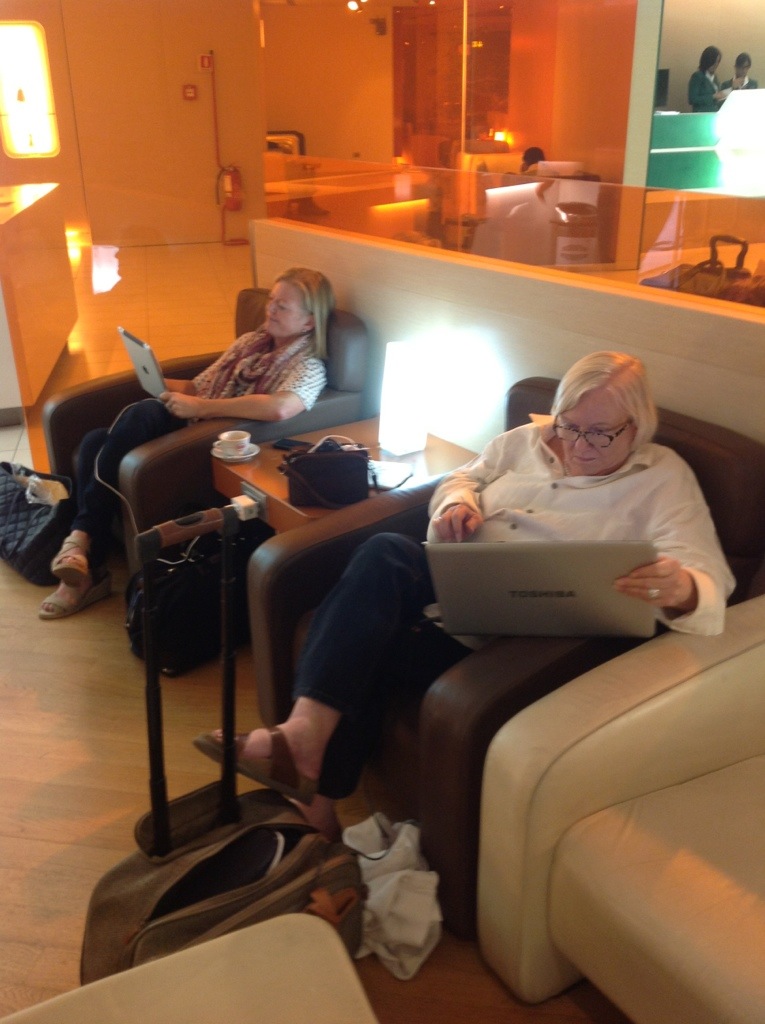 Here are Gail and Kate in the Alitalia lounge in Leonard daVinci airport in Rome.

We were supposed to leave at 11 this morning, but at 4 AM my phone started ringing with the news that our plane would be delayed. At Five there was another another call with a further delay. At six it was another delay. Not only do we not have our flight, but they don’t want me to sleep either.

Security theater was very, very slow. The system is just poorly design and implemented. They began by asking us the same stupid questions they asked in the states 10 years ago. Nobody has ever given me anything to take with me, and I don’t expect they ever will.

Like the well-trained sheep we are, most people took off their shoes, although there is no such requirement in Italy. Belts also came off for no reason what so ever. Just the habits our security apparatus has created.

Once inside the terminal, we enjoyed a free lunch courtesy of the airline. Then we managed to sneak Brad and Kate into the airline lounge while where we are currently waiting for our long-delayed plane.

It looks very unlikely that we will make our connecting flight in Chicago, so we are looking forward to seeing what the airport Hilton looks like. That’s presuming the airline doesn’t try to put us up in the Motel Six.

Travel is always an adventure; some adventures are more exciting than others. At least we are in a lounge where the drinks are free and the little canapé are tasty. Life is good.