There’s a new place to eat in Lafayette, The Sideboard.  On Plaza street, between the former Squirrel Coffee shop and the abandoned theater, it’s a lovely spot with good food. The “concept”, though, leaves me cold.

The Sideboard looks like an old time country general store, with deer heads mounted on the walls, antiques scattered around, their logo-branded merchandise hanging like a clothesline, mismatched silverware and a collection of old tables that only reminded of what was in my parents house in the 50’s. 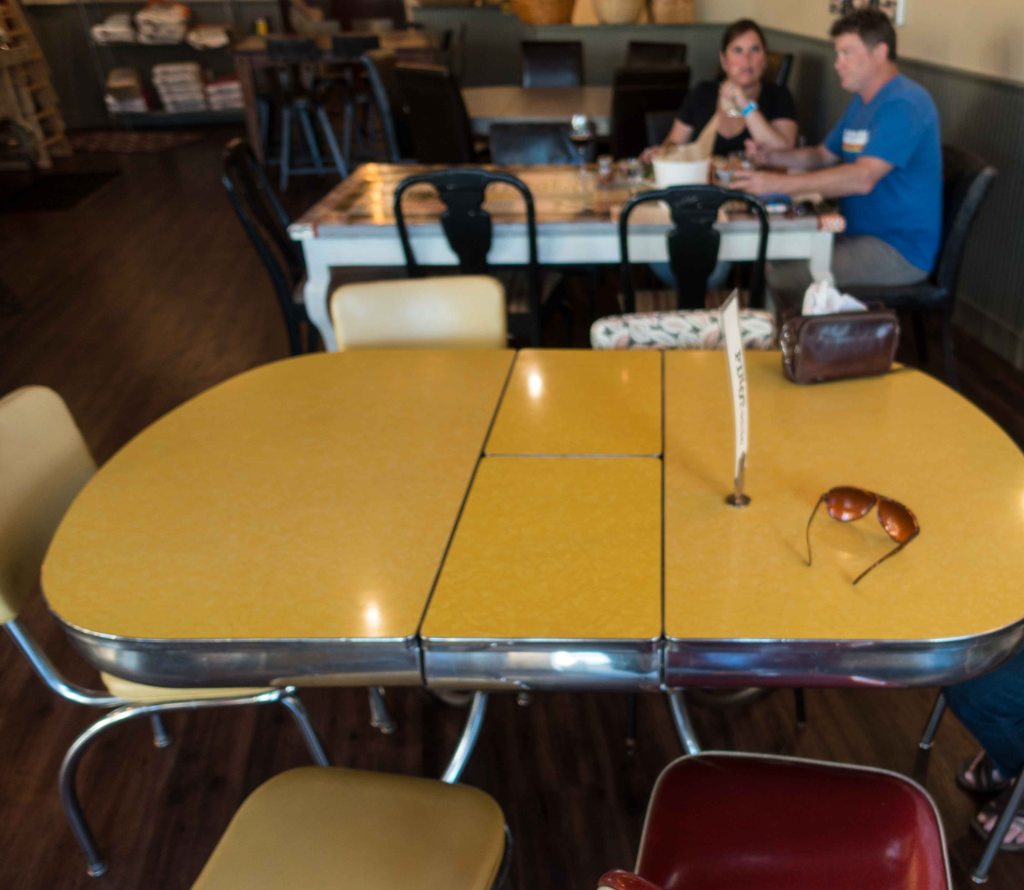 Didn’t everyone have a table like this when Ike was president?

There is a large deck in front of the place, which looks like the place to be seen in Lafayette these sunny evenings. 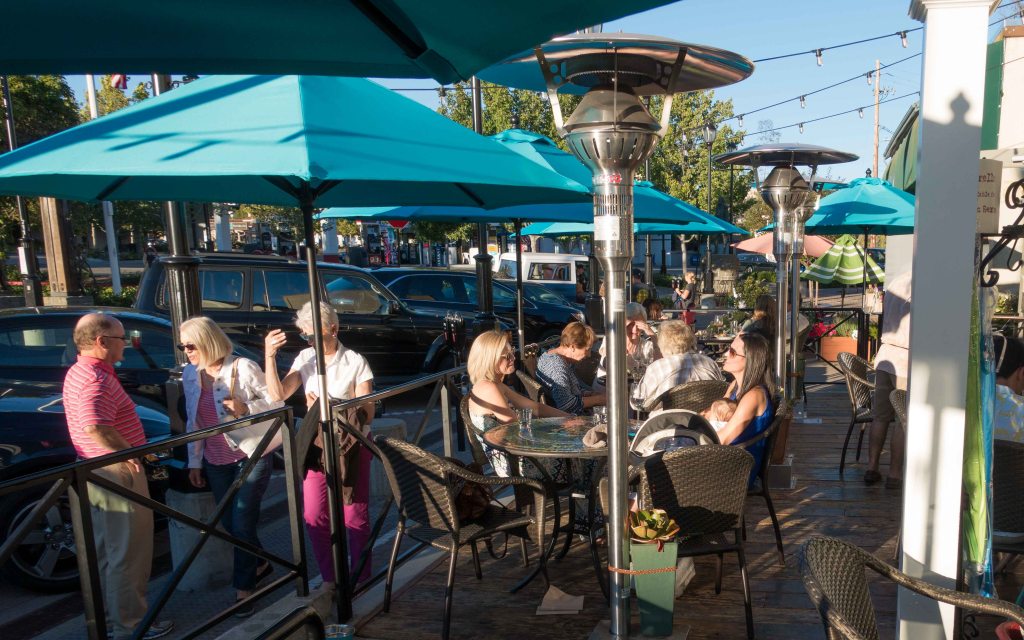 The Paris of the East Bay.

I don’t think you can really call The Sideboard a restaurant.  It’s a coffee shop, not even a diner.  You have to go to the counter, decide, order and pay for your food, then find yourself a table.

Your food will be brought out to you by a runner, then you will realize you have no silverware so you go over to the sideboard (clever, no?) to collect knives and forks and paper napkins.  Ketchup, Tabasco, mustard, what you will, are there too.  Raw sugar and Stevia for your drinks, but no Splenda or Equal because everything is healthy and organic, doncha know?

I ordered iced tea, as always.  This hit the table: 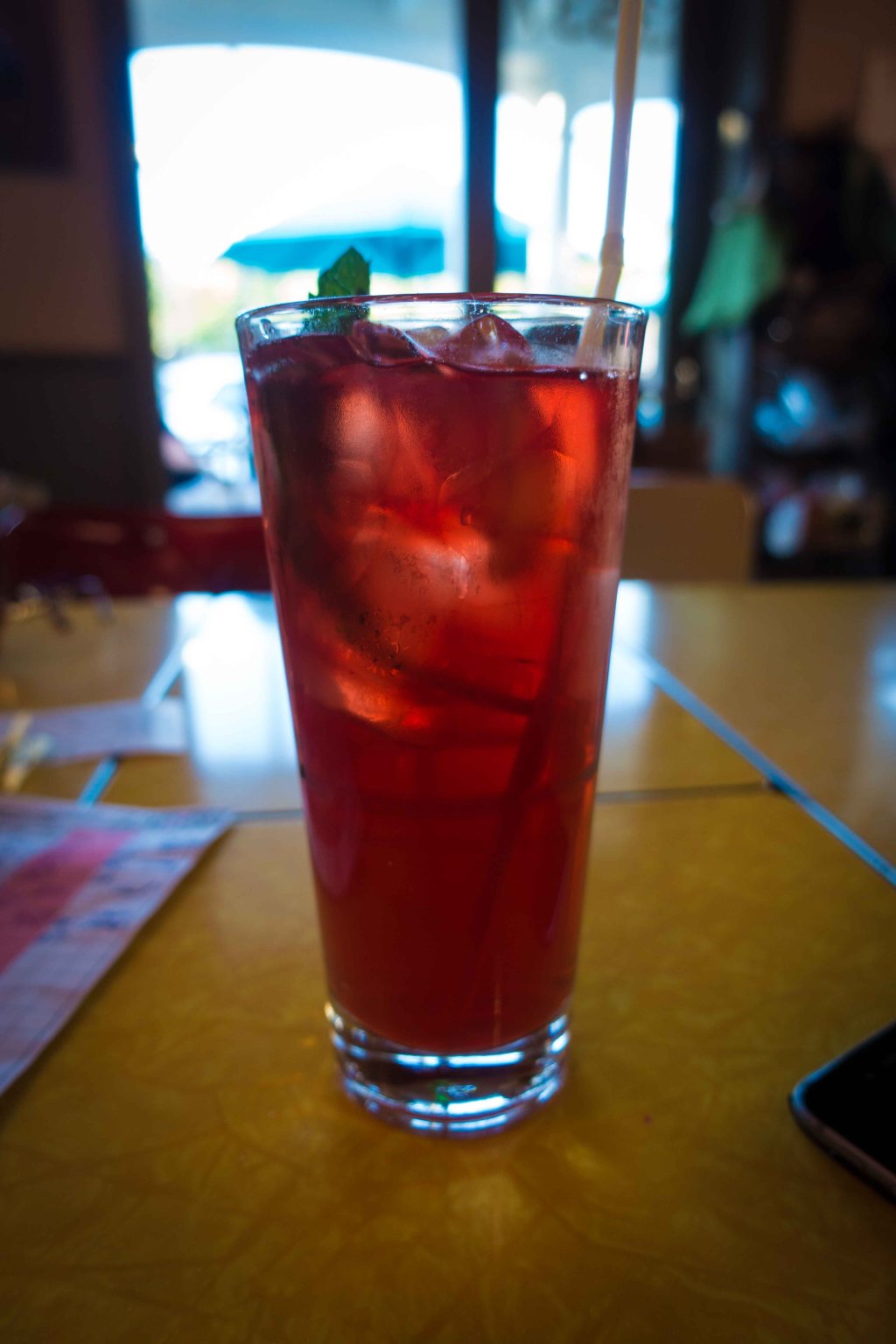 You can’t fool me, iced tea isn’t red.  This is a glass of something, but nothing the Lipton people would recognize.  Add enough Splenda (from the stash in Gail’s purse) and it’s relatively drinkable.  Wonder what it is?

I started with a cup of the gazpacho.  I got a very small portion of something red with cucumbers in it.  Not a winner.

Think improved.  Gail and I had a plate of the grilled asparagus, which came crusted with melted cheese and accompanied by some kind of aioli.  The dish was excellent. 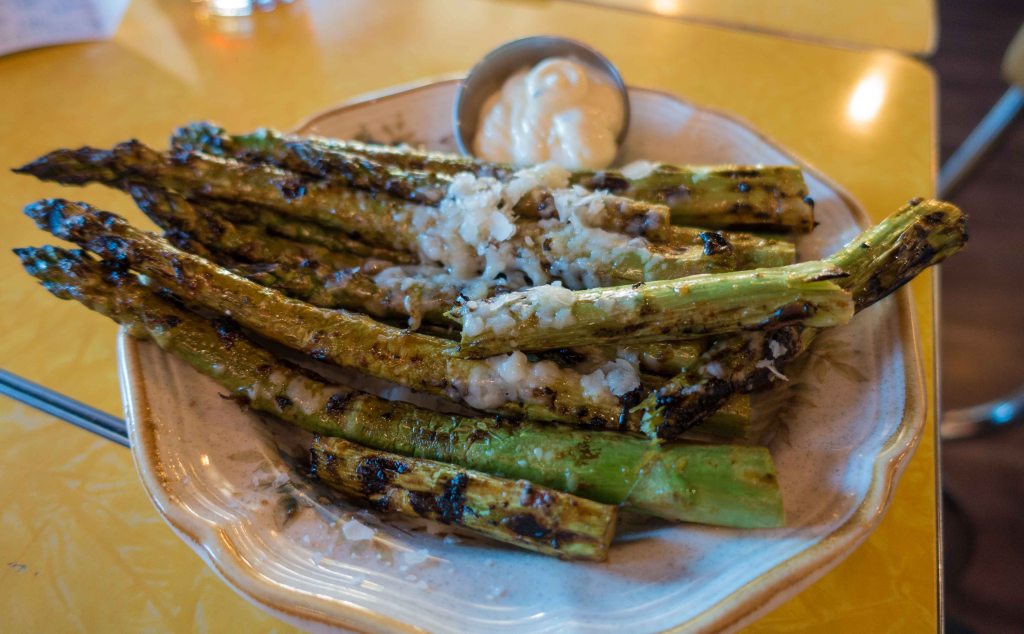 Next up I had the grilled Ahi sandwich, with wasabi aioli.  Lots and lots of wasabi.  More wasabi than I’ve ever had at one time.  My sinuses are clear. 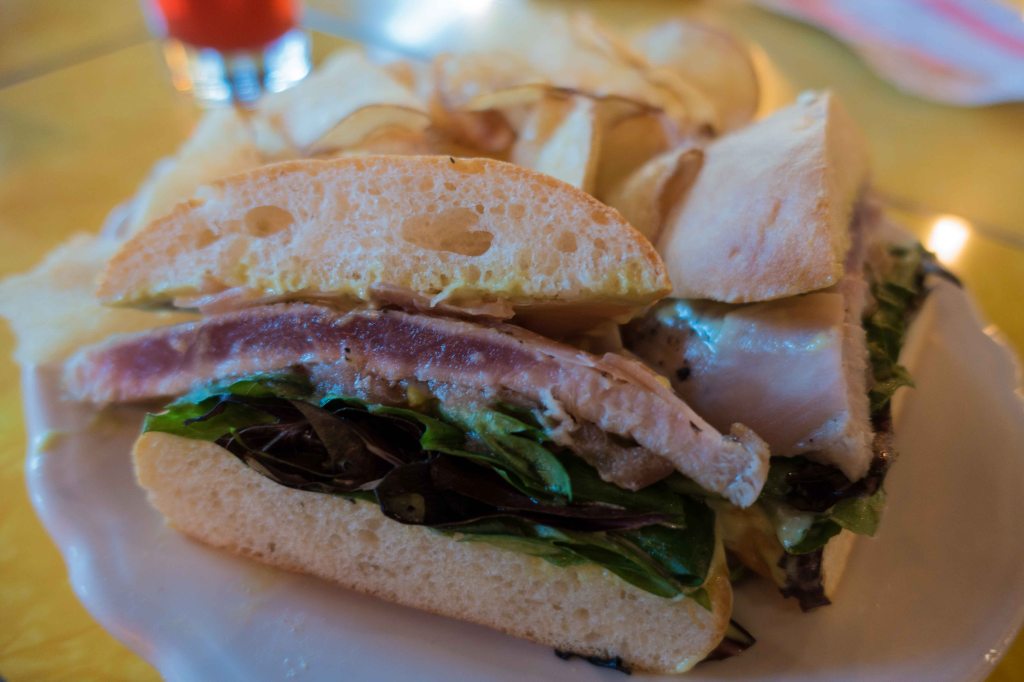 The sandwich was great, and the house-made chips were spectacular.  I could have this anytime.

Gail had the chili relleno, which looked good and was at least adequate.  They serve two smaller stuffed chilies rather than the one large one which is more common. 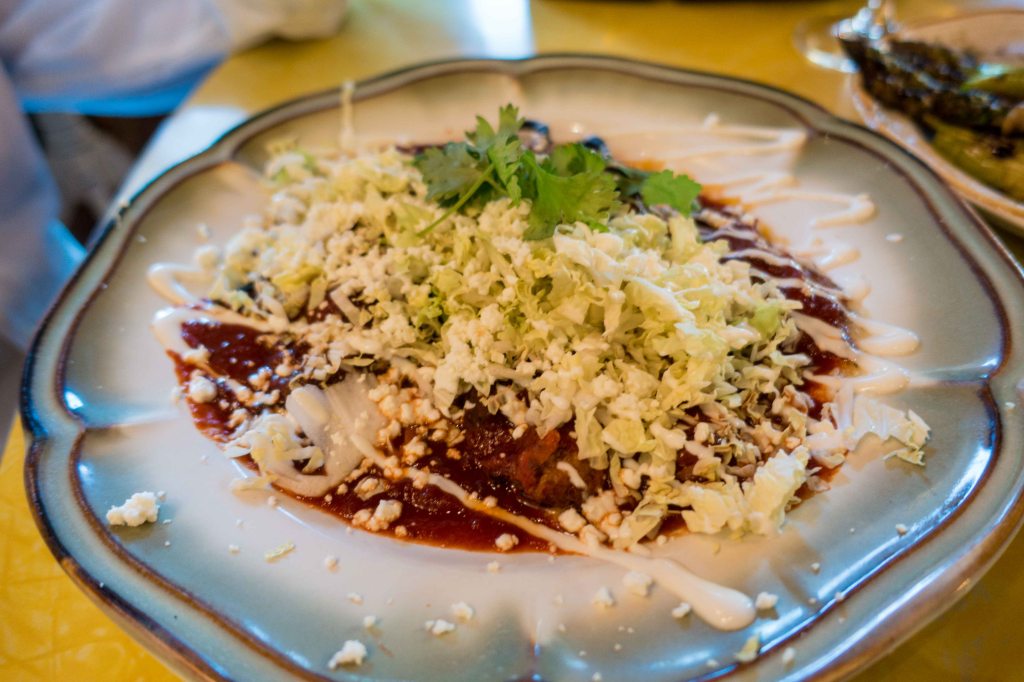 The bill for all this was $63, including a glass of chardonnay from some unheard of winery in Livermore.  That’s the same price range as Chow, a block away, which has honest to God table service and a decent supply of sweetener.

I like the ambiance at Sideboard, and the food, mostly.  If I wanted to have to go grab my own silver I could have stayed in the college dorms.  On the other hand, this would be a great place to order takeout and bring dinner home, although it’s pricey.

I did save a few buck on tipping.  There’s a big, obvious box with a huge TIPS sign near the cash register, but fetching my own tableware made me think I was in Burger King, and who tips there?

This is the second iteration of Sideboard–the original is in Danville.  I guess they know their market and the concept is working for them, but it sure left me cold.  Your mileage may vary.