Something new in the world 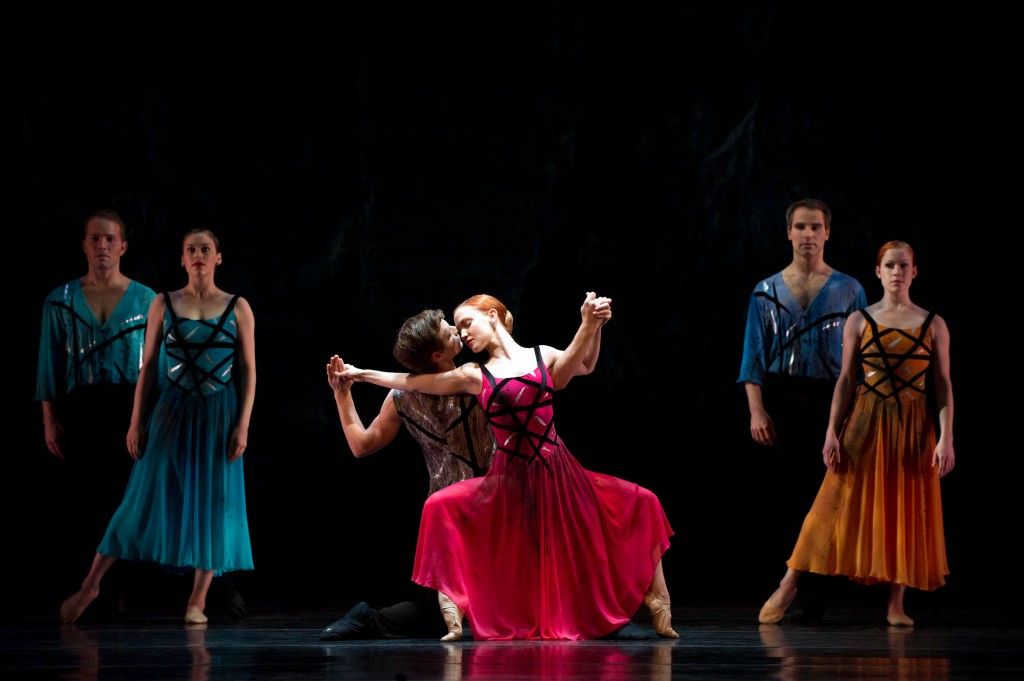 I didn’t take this photo, it’s from the Ballet

World Premieres are something that we think happen in New York or London, but last night we were treated to the World Premiere of a new ballet by Garrett Ammon presented by the Smuin Ballet at the Lesher Center.  New York is eating its heart out.

If I knew more about ballet, I’d write about it better. There were 3 pieces on the program. I liked them all, but I’m sort of at a loss for words.  They were non-narrative works, so there was lots of great dancing to classical music in beautiful costumes.  That’s isn’t much of a technical review, but it’s the best I’ve got today.

The costumes, however, stand out.  In the first piece they were all in a diaphanous clothing that mirrored the title, Indigo.  In the second, the lead dancer was in primary red while the rest of the company were in secondary colors that perfectly complimented the scene.  The last piece had everyone in shades of gray, against a gray background.  All very alike, all very different.  The Smuin goes all out to make the evening a visual feast.

I’ve written about this ballet company so many times I’m out of superlatives.  Their run at the Lesher was only 2 performances this time, but you can still see the show in Mountain View and San Francisco.  They will be back in Walnut Creek on the 18th and 19th of November with the Christmas show.  I’ll be there, you should see it as well.