I graduated from Miramonte in June, 1968. Last night, we had our 50th reunion. Somehow, I feel old and young at the same time.

Old because the reunion was a room full of old people, talking about their grandkids, cataract operation, retirement plans and knee replacements.

Young because I grew up with these people, and I still see many of them, and myself, as the teenagers I remember.

Chris and Greg not only look much like they did, but Greg still dresses like it was the Age of Aquarius.

This is Sandy York Dierckman.  I followed her around for all 4 years of school, to very little avail. Now she’s a grandmother in Southern Cal.  She’s still the first person I look for. 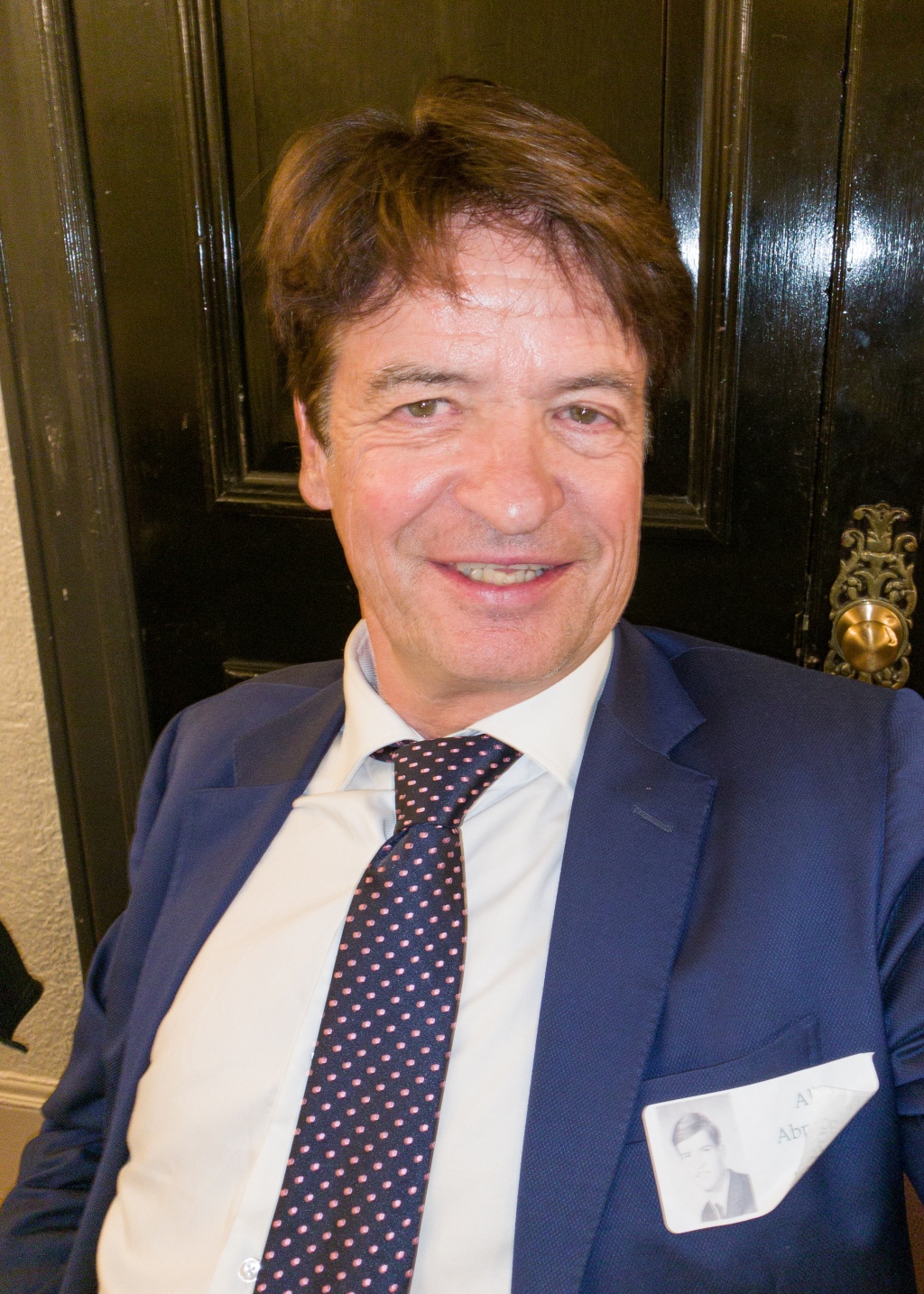 Alex Ablanalp.  He gets the prize for coming the farthest–he was an exchange student from Switzerland our senior year and still lives in Zurich.

Three teachers attended last night, with the star being Mr. Grbich, the art teacher who is now 86.  His passion is tap dancing, so he put on a performance for us.  He has tap danced across the Golden Gate Bridge and the Brooklyn Bridge, and now at Orinda Country Club. 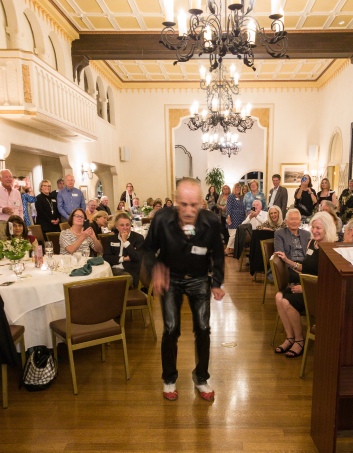 There was a table full of memorabilia, including cheerleader dresses, varsity sweaters, and the program from the senior play.  A group of high schoolers putting on an absurdist play seem so very 1968.

Gail stayed home–she wouldn’t dream of spending an evening with a bunch of people she doesn’t know and won’t see again.  I don’t blame her an iota–I took a couple of photos of spouses who seemed to have been dragged along, and it isn’t all that pretty.  Who wants to get all dressed up to sit and read their phone?

The timing of the event was strange, with cocktails at 5:00.  There was schmoozing, a dinner buffet, more schmoozing, and I was still home by 9:00 including a stop for frozen yogurt.  Except for Mr. Grbich, there was no dancing.  Eating and going to bed early is a sure sign of old age.  Will our 60th begin at 3 in the afternoon?

I don’t know about other people, but I’m pretty nervous about attending a reunion.  People didn’t much want to talk to me in high school, and I think they still won’t.  Time heals many wounds, though, or maybe they’re just surprised I’m still alive.  (Lord knows it surprises me that I’m still here.)

It was satisfying to see so many people I remembered who remembered me. Some look great, some less so.  The women are better preserved than the men. People have their story ready to tell, and they omit the parts they aren’t proud of.  You don’t hear of any kids or grandkids in prison, divorces, or business failures, but that’s only natural. Everyone had a fresh haircut; there were lots of new dresses and sportcoats–we all wanted to look prosperous and happy, and I hope they all are.

The same people who were the in crowd 5 decades ago still are, and they are the ones who form the organizing committee and make all this happen–which probably explains why they were the cool kids then and now.

Half a century, 2 score years and ten, is a long darned time.  Nobody is mad at anyone else anymore, we’re just glad to see each other and spend a happy evening together.  Perhaps the next one will be in 5 years, not 10. Have to see these people while we still can.

One thought on “Half a century”